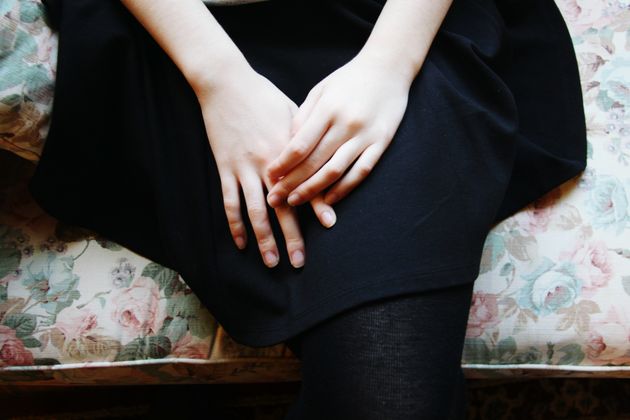 Young people are reporting the most stress and unhappiness since The Prince’s Trust began its UK Youth Index in 2009. Today, more than half experience mental health problems, and a quarter admit feeling ‘hopeless’.

When they are asked why, most cite reasons related to financial insecurity; more than half regularly report feeling stressed over jobs and money. To some, this might seem puzzling. Haven’t young people heard the Prime Minister and Chancellor chorusing about falling income inequality and record high youth employment?

But their chorus is misleading. Young people today face serious and growing disadvantages and insecurity in contrast to older generations at the same age.

The government continually cites the ONS statistic that income inequality is falling, but many agree this metric is inaccurate: it ignores housing expenses and doesn’t fully record the incomes of the highest earners. Meanwhile Government ignores income inequality between generations. Millennials are the first generation to earn less than their parents. Whereas incomes of over 60s have surged since the recession and their pensions beat inflation, millennial incomes are slumped below their pre-recession peak and working-age benefits have been cut and frozen — and trail behind inflation.

Incomes are only half the story. The Government’s favourite metric also ignores ballooning wealth inequality. Wealth inequality has doubled as a percentage of national income since the 1980s, while the amount of tax we collect from it has remained practically frozen. More than three-quarters of our wealth gains, which have disproportionately benefitted baby boomers, come just from the luck of owning a house before prices sky-rocketed.

Homeownership remains a central British aspiration and means of security, but it is increasingly out of reach for young people; one in three millennials may never own their own home. While too few homes are built, the private rental sector gets more expensive. Young people today spend about twice as much of their income on rent as their parents did. When combined with stagnating wages, only the richest young people can save even a modest financial cushion.

Though employment may be high, many young people are insecure and working precariously. One in five of those on Zero Hour Contracts (ZHC) cannot turn down shifts and one in ten are given less than 48 hours’ notice before shifts are changed or cancelled. This insecurity directly impacts health and wellbeing; those on ZHC are significantly more likely to suffer mental health problems.

For most young people on hand-to-mouth budgets, cashflow problems can easily spiral. Citizens Advice reports an increase of more than a third in the number of under-25s seeking help for high cost credit.

Despite the Government’s refrain on inequality, the public is not convinced; almost three-quarters of the UK say they want them urgently to address the gap between rich and poor. Perhaps feeling a strong wind, the PM recently admitted that “Young people without family wealth are ‘right to be angry’ at not being able to buy a home”. The more encouraging news is, there are plenty of potential solutions available. What’s really needed is the political will and some electoral courage!

To bring back equity to the housing market, the Government should take the Liberal Democrats’ suggestion of letting local councils levy more tax from second homes and foreign ‘buy to leave empty’ investments, to fund desperately needed lower cost housing. Furthermore, the Government ought also to take our suggestion on better protecting rental tenants and capping upfront payments.

To redress tax inequities, and raise money to fund desperate public services, the OECD suggests better taxing inheritance. The final report of the Intergenerational Commission published last week suggests a radical rethink of our current tax system in a way that would give millennials more opportunity. Such taxes may prove essential but it is important to remember that wealth is unevenly spread within each generation and many older people are struggling too. To its credit, last week’s Resolution Foundation report focuses on both sides of the equation – concluding that more stability is needed for the young as they set out in their careers and more stability is also needed for older generations as they start to heavily rely upon the health and social services which have been promised to them throughout their lives. The report suggests a number of ways this can be done including a “citizens inheritance” given to all young adults and funded by a lifetime receipts tax (replacing inheritance tax), and make earnings of working pensioners subject to National Insurance contributions.

As a first step to boost the incomes and wealth of younger generations, we must first reverse Conservative freezes and cuts to working age benefits and uprate them at least to inflation. We must also make more secure environments for young people working precariously. The Resolution Foundations suggests protecting ZHC workers with minimum notification periods for shifts and minimum contracts. We should also extend parental leave and contributory Jobseeker’s Allowance to those who are self-employed. The government, the private and third sectors must invest far more in skills training for young people to give them the skills for the digital economy.

With creative, evidence-based policies in housing, taxation, and the labour market, fairness between generations can eventually be restored. But to ensure young people are hopeful, happy and secure we need to approach all policy with a comprehensive view on wellbeing. The government must put mental health resources in step with physical care, integrate wellbeing into school Ofsted inspections, and incentivise employers to measurably improve their employees’ wellbeing. These Liberal Democrat policies demonstrate we are the only party committed to putting wellbeing for all at the forefront of our policy agenda.