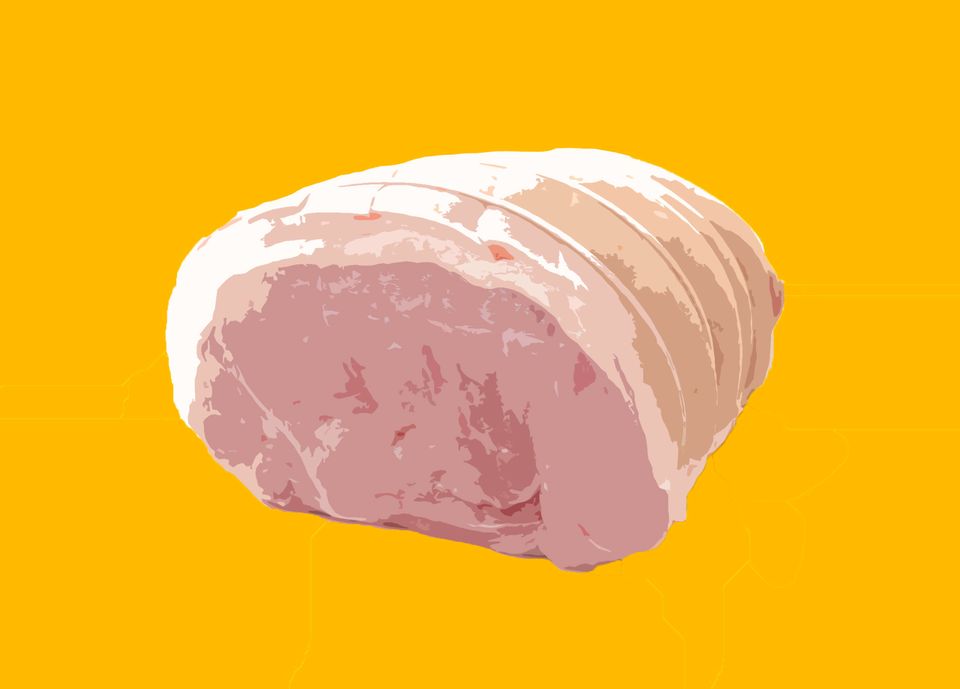 The use of the term “gammon” as an insult: it’s a curious cultural phenomenon that could only have occurred in the UK at exactly this point in history.

An opinion piece in today’s Times newspaper has highlighted how the phrase is being used by Jeremy Corbyn supporters to ridicule middle-aged white men.

Adding to the chorus of disapproval, Northern Irish MP Emma Little-Pengelly has insisted the term is actually racist, as “stereotyping by colour or age is wrong no matter what race, age or community”.

But What Is A Gammon?

There is no fixed definition of gammon outside of a culinary context but writing in Huck magazine in February, Matt Zarb-Cousin, former spokesperson for Corbyn, defines it thus:

″…older men who, despite having all the opportunities that baby boomers enjoyed, are confused and angry at the modern world. It’s a condition that once manifested itself as an affinity to UKIP, but now more so to high blood pressure and a red meat complexion.

“Baldness is optional, as are dodgy tattoos, and the uniform of the gammon is boot-cut jeans, loafers and an open-collared white polyester shirt.”

When Was It First Used?

The origins of the term “gammon” as an insult are murky but the first recorded use is by ex-Great British Bake Off contestant Ruby Tandoh, who used it to describe judge Paul Hollywood way back in 2015.

one judge is an actual victorian relic, the other's a walking gammon joint, tell me again about bake off's ~unbritish political correctness~

But the phrase really gained traction with the BBC’s Question Time when those watching at home starting using it on social media to describe any middle-aged white man in the audience who got a bit red whilst making his point – usually about Brexit or immigration.

Its use was rare at first, with only one recorded incident in 2016.

And then nothing until June of the following year.

July saw only a solitary use and in August it stopped entirely due to the programme being off-air for the Parliamentary recess.

Then in September of 2017, the floodgates opened and what would become known as the “Original 9” were identified.

This gammon is one of the original 9. I put it to you that there are literally 9 old guys who, through lazy TV bookers, are fucking Britain. pic.twitter.com/S85NvWUojc

This ever-expanding list became known as the “Wall of Gammon” with new potentials being nominated each week.

Big threat to the solid Wall of Gammon structure. He definitely deserves a shot at membership. #bbcqtpic.twitter.com/BdNYPUuziJ

Some even claimed the Wall may have been the biggest political influencer of recent times.

Whatever happens, hopefully politicians will start listening to young ppl after this. This Great Wall of gammon has had its way long enough. pic.twitter.com/N0ZWI3wMuM

Since then, the gammon has had a momentum all of its own, helped along by a number of high-profile advocates.

Some are born gammony, some achieve gammonhood and some have gammon thrust upon them. https://t.co/V8JlmbuWJ4

Look, this is easy. When a Snowflake loses its tail and gills, it either grows a record bag and old skool trainers and becomes a Centrist Dad, or it emerges as a Gammon after migrating outside the urban centres while in a pupal stage which resembles a midrange Vauxhall saloon.

Is It A Racial Slur?

This depends on who you ask and is currently the subject of heated debate online.

Matt Zarb-Cousin argues “no”, writing: “It isn’t racist to say someone looks like gammon, as while there are striking aesthetic resemblances across the gammon constituency, gammon isn’t a race, it’s a lifestyle choice driven by warm ale.

“It’s a state of mind, driven in no small part by a regular spoon feeding from the trashy tabloids.”

If you took the time to understand why "gammon" is not a racial slur you would no longer be gammon. The gammon paradox.

In the “yes” camp is the DUP’s Emma Little-Pengelly:

I'm appalled by the term "gammon" now frequently entering the lexicon of so many (mainly on the left) & seemingly be accepted. This is a term based on skin colour & age – stereotyping by colour or age is wrong no matter what race, age or community. It is just wrong

Lucy Fisher takes a more pragmatic view and argues that racist or not, the person “gammon” ridicules is the very person the Labour party needs to woo in order to win an election.

“These huge swathes of people are precisely the kind of target voter Labour needs if it hopes for a majority at the next election. The excitable left-wing agitators should heed the polls before continuing to pour scorn on Brexit-backers and blue-collar voters in particular.”

The debate culminated just after midday Monday when the Jeremy Vine Show debated the issue during a segment that included the line:

We’re going to take a call now from a man who thinks he may be gammon.

UPDATE: The gammon debate has (almost) reached the highest echelons of the Government.

PM's spokesman would not say she thinks the term gammon is racist. They have not discussed it.

But for those who still don’t like it, comedian Kathy Burke has some very blunt advice.

Don't like being called gammon? Fair enough. Back to cunts it is then.