Parents have shared how they alter classic fairytales when reading them to their children, as inspiration for other mums and dads who don’t feel the traditional stories are suitable for today’s world.

A quarter of parents feel some of the stories aren’t politically correct, while a further quarter said they worried the narratives are too scary for their kids, according to a poll of 2,000 parents by musicMagpie.

The research found almost one in four parents thought it was inappropriate to tell children the story of Cinderella, who was forced to do all of the cleaning and household chores by her step-mother. More than a third believed it’s “cruel” the Gingerbread Man was eaten by a fox, while another 36% were concerned by how the Pied Piper of Hamlin tricked children into following him. 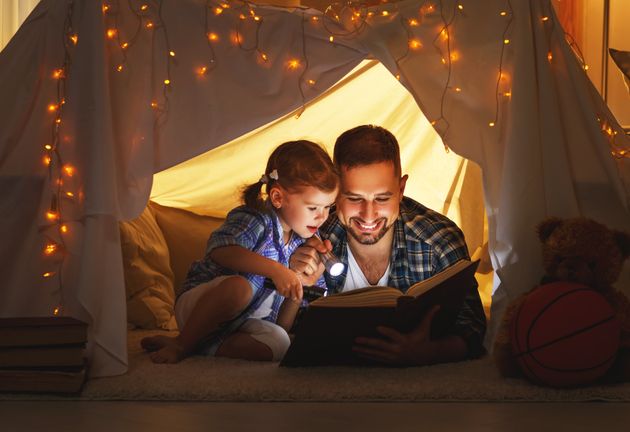 If you wondered what endings are being told, here are five alternative endings, as suggested by parents:

The Princess And The Pea

The story of a prince who wants to marry a princess, but is having difficulty finding a suitable wife. One woman claims to be a princess, so the prince’s mother decides to test her by placing a pea in the bed she is offered for the night, covered by 20 mattresses. She notices it. Only a real princess would have the sensitivity to feel a pea, so the two are married.

“It’s all a bit random, so I decided to tell my seven-year-old that after the princess married the prince, she was kind of annoyed about the pea situation,” mum Tessa Coadith told HuffPost UK. “When they got married, the princess started putting things in his bed, like spoons, toy cars and hairbrushes. He never noticed, she found it funny though.”

The story ends with the pigs outwitting the wolf when he threatens to come down the chimney to eat them. Some parents consider the image of the wolf being burned alive in the boiling cauldron they place in the fireplace “too graphic”.

Parents told MusicMagpie that they often change the ending so the wolf is just left to go hungry instead of being killed, or so he becomes a reformed character and wants to befriend the pigs instead of eat them.

In this classic, a Big Bad Wolf wants to eat a young girl so he secretly stalks her, swallows her grandmother whole and waits for the girl, disguised as the grandma. A passing woodsman saves Little Red Riding Hood and kills the wolf, who spits out the grandma. (Note, in some versions, the wolf is not killed).

After watching ‘The Princess And The Frog’ (a film loosely based on the novel The Frog Prince) some felt uncomfortable with the message that marriage will solve everything.

The Disney film tells the story of a hardworking waitress who dreams of owning her own restaurant. After kissing a prince who has been turned into a frog, she becomes a frog herself and must find a way to turn back into a human before it is too late. In the end, they decide they are content to live together as frogs and they are married. But being married to a Prince makes the waitress a princess and so after they kiss, they are restored to human form.

Mum Catherine Parker told HuffPost UK: “I tell my daughter the princess didn’t want to admit it, but she actually preferred the prince as a frog. She just wanted a pet. She managed to turn herself back into a human, but kept him as a frog-pet and they lived happily ever after (you don’t have to be married to have a happy life!).”

In the Gingerbread Man, a tragic turn of events means that the poor biscuit ends up being eaten by a fox, which some parents think is a bit brutal and scary for their little ones. One parent in the survey said: “Instead, we imagine him escaping on a plane to an exotic country where he eventually settles on a desert island beach.”