Rebecca Steinfeld, 37, and Charles Keidan, 41, are appearing at the UK supreme court today to continue their battle to have opposite-sex couples given the right to civil partnerships, despite being defeated at the court of appeal in February.

The 2004 Civil Partnership Act permits gay couples to be civil partners, and a 2013 amendment also allows them to get married in England, Scotland and Wales. But heterosexual couples can only get married.

Although evidence from 2017 showed the government were investigating the extension of civil partnerships, more recent reports have shown a complete U-turn. Now women and equalities minister Penny Morduant is more likely to “abolish” civil partnerships across the board, rather than extend them. 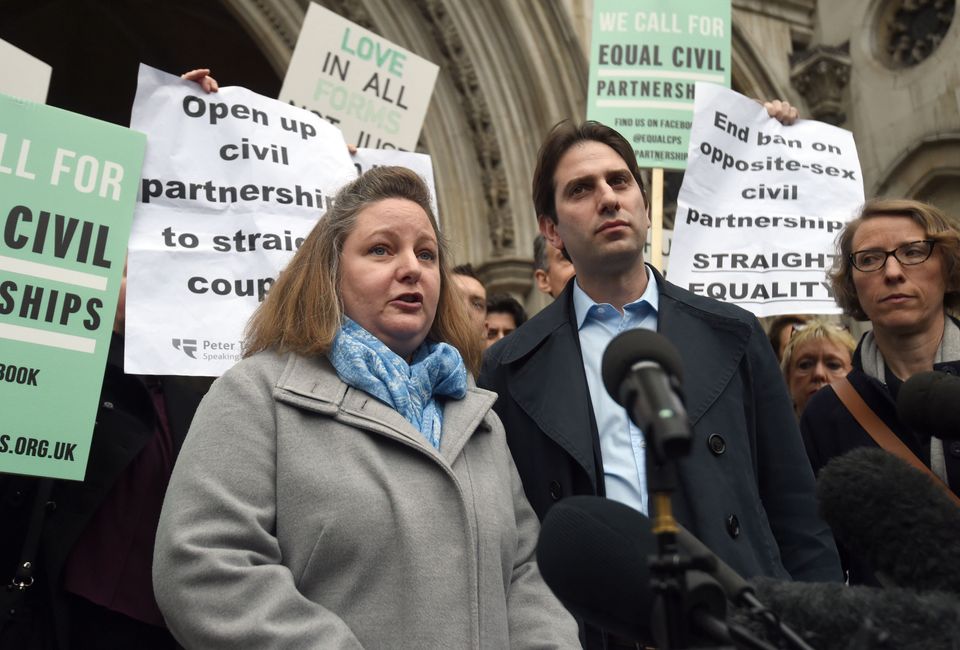 “There has been a consistent desire from the Conservatives to get rid of civil partnerships altogether,” said Lib Dem baroness Lynne Featherstone.

Despite legal experts, including Louise Whitfield, the solicitor acting on behalf of Steinfeld and Keidan, claiming that this case of inequality brings “the law into disrepute”, the government continues to drag its heels. But why?

Human rights barrister, Adam Wagner, tells HuffPost UK: “It is going to take political capital to change anything in this area of law, because as with all marriage issues it has a religious and conservative element.”

Wagner says a lot of the hesitation is likely to come back to the notion of ‘strengthening’ and ‘weakening’ the institution of marriage.

“If you remember David Cameron’s justification for equal marriage it was that it would ‘strengthen’ the institution of marriage. Now if you open the door to civil partnership, all of a sudden you’ll have people saying they are weakening marriage,” he says. “They are stuck between a rock and a hard place.”

And if that wasn’t enough of a political hot potato, Brexit will exacerbate any difficulties. “It has put a spanner in the works in terms of taking up legislative time. Couples might end up waiting forever if they wait,” says Wagner.

Given that there is no timeline for couples waiting for an answer, why are some heterosexual couples still so keen to secure a civil partnership? Steinfeld and Keidan say that they don’t want an institution with “patriarchal baggage”.

Kate Stewart, a lecturer at Nottingham Trent University, and her partner Matthew also wanted a civil partnership because of their personal beliefs. 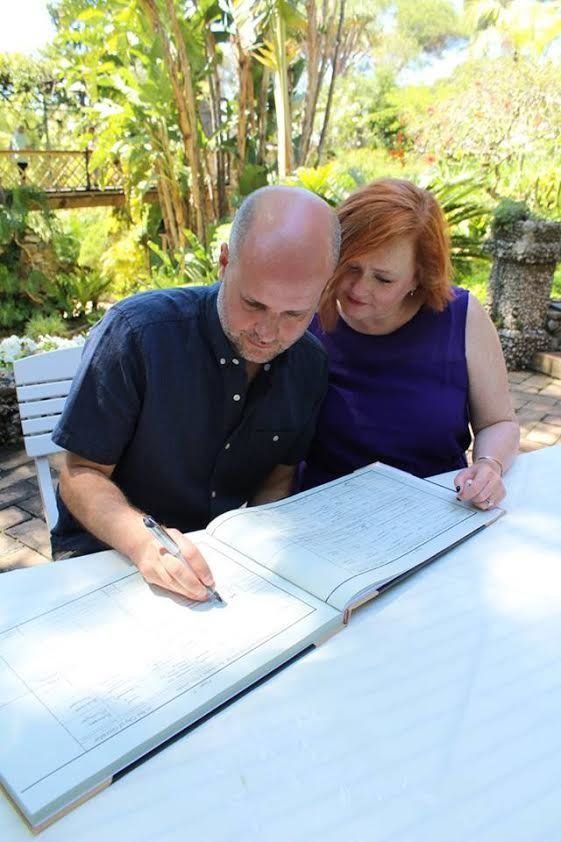 Unable to have one at home, they decided to go to Gibraltar. Although their union isn’t currently recognised by UK law.

Kate and Matthew rejected marriage because they both are atheists and feminists. “We felt very strongly that the patriarchal and religious heritage of marriage was inconsistent with our values,” she explained. “So we decided we would get one overseas, in the hope that legal recognition was coming here [to the UK], rather than compromise our values and enter a marriage we didn’t want to.”

Campaigning group Equal Civil Partnerships, said in a statement: “The outcome of the case could affect 3.3 million unmarried opposite-sex couples in England and Wales who currently have no legal protections in the case of separation or death and do not enjoy the alternative of a civil partnership available to same-sex couples.”