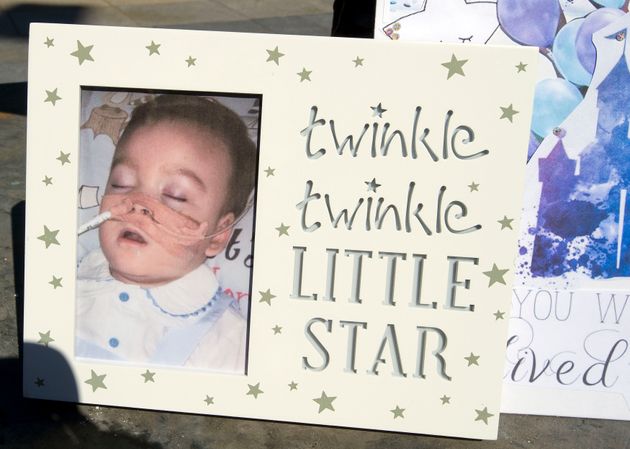 Hundreds of people have lined the streets of Liverpool to pay their respects to toddler Alfie Evans on the day of his funeral.

The 23-month-old, who suffered from a degenerative brain condition, died on April 28 five days after his life-support was turned off.

His parents, Tom Evans and Kate James, had been at the centre of a High Court battle as they attempted to challenge a court ruling allowing Alder Hey Children’s Hospital to withdraw ventilation, after doctors said continued treatment was “not in Alfie’s best interests”.

Crowds gathered outside of Goodison Park, Everton’s football ground, on Tuesday to mark the toddler’s life as the funeral procession travelled through the city.

His father, Tom Evans, had spoken about his desire to one day take his son to watch the team in action. Mourners applauded and threw flowers as the cortege passed by following a private service earlier in the day.

The people of Liverpool lined the streets around Goodison to pay their respects to Alfie Evans earlier today. ? pic.twitter.com/fqKu3P2jqG 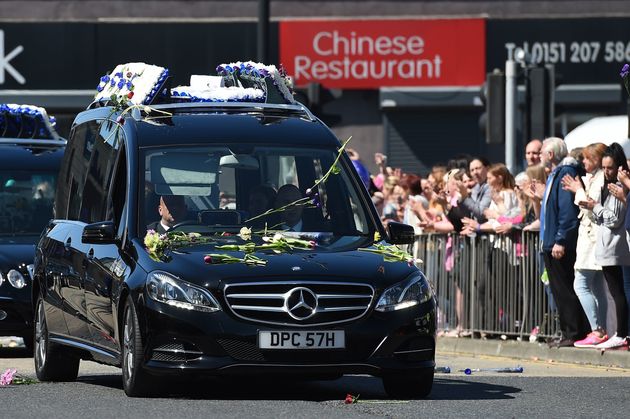 One woman told the Liverpool Echo she had come because “I want Kate and Tom to know I care”, while another said she was “so proud” of Alfie’s parents.

According to Merseyside Police, the toddler’s parents “continue to thank the community for their support”.

A separate vigil was held in Liverpool’s Springfield Park last Wednesday to mark what would have been Alfie’s second birthday.

His parents had fought a bitter battle with the hospital treating him, and the High Court, to allow them to take him abroad for further medical treatment.