Being diagnosed with Alzheimer’s disease is undoubtedly hard for the person suffering, but symptoms including memory loss, confusion and personality changes can also be incredibly difficult for their loved ones to cope with.

Dame Barbara Windsor’s husband, Scott Mitchell, has revealed she sometimes forgets they are married, due to being diagnosed with Alzheimer’s in 2014. “She suddenly has no ­recollection of our history,” he told The Sun.

In light of this, HuffPost UK spoke to six people with loved ones affected by the illness, to find out how they’ve coped with the challenges it brings, plus what advice they have for those who have recently had a diagnosis in the family. 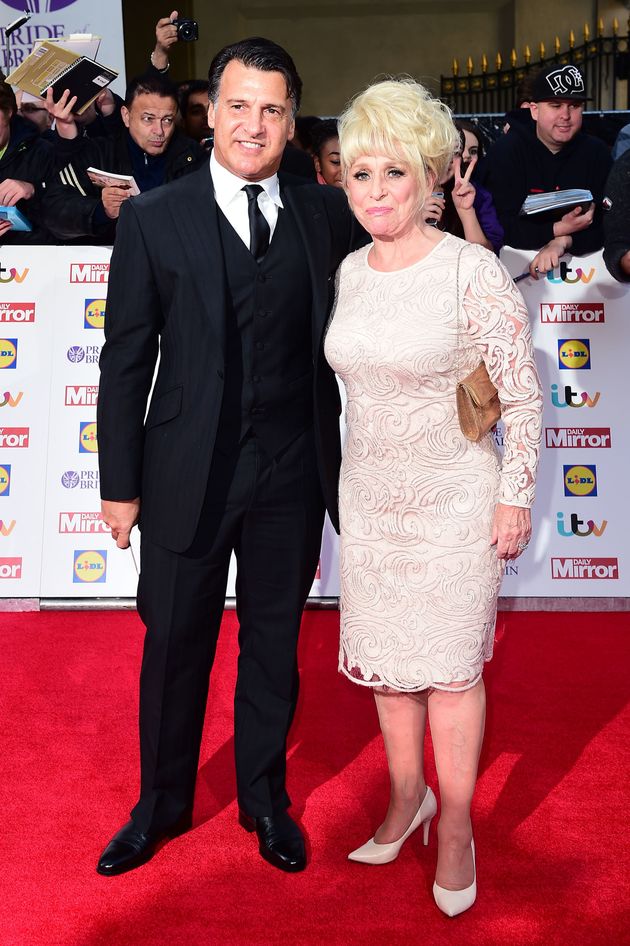 Chris King’s mum was diagnosed with Alzheimer’s in 2012 and at the time he didn’t realise “how much or how quickly the disease would change her”.

“The way I cope with my mum’s illness has improved over the years, but I used to get easily frustrated with her when she couldn’t do things and feel bitter about how unfair it is that this has happened to her,” the 28-year-old tells HuffPost UK. “This sort of negative emotion is very unproductive and should be resisted if you can. Don’t bottle everything up and make sure to talk to people who are sympathetic and willing to listen.”

If you are looking after someone with Alzheimer’s, Chris says it’s important to be patient and understanding. “Make the most of every minute with them because, as the disease progresses, things you take for granted – their personality, ability to communicate, interests – go and never come back. Caring can be extremely frustrating, but try to take a step back and compose yourself. Never blame the person with Alzheimer’s and try to remember them as they were.”

To make life easier on a practical basis, Chris recommends sticking to a routine and simplifying tasks for your loved one – this may include buying a beaker for them to drink from or preparing easy to eat foods. “Do your best to prevent falls to avoid hospital stays and injuries that can hasten their decline, but try to ensure the relative is able to walk around safely as much as possible,” he adds.

Jess Austin, 24, lives the other side of London from her gran, who was diagnosed with Alzheimer’s 10 years ago. The lack of public transport between their two homes means she doesn’t get to visit as much as she’d like.

“Her illness has been really slow moving, which is in some ways easier to deal with, but when she started forgetting who I was a few months ago, it took me by surprise,” Jess says. “It had been a few months since my last visit; she saw my mum, recognised her and then looked at me and you could see she was drawing a blank. I didn’t want to make a big deal of it so just introduced myself and carried on as normal, but afterwards I just felt guilt at the fact that I hadn’t visited her more.” 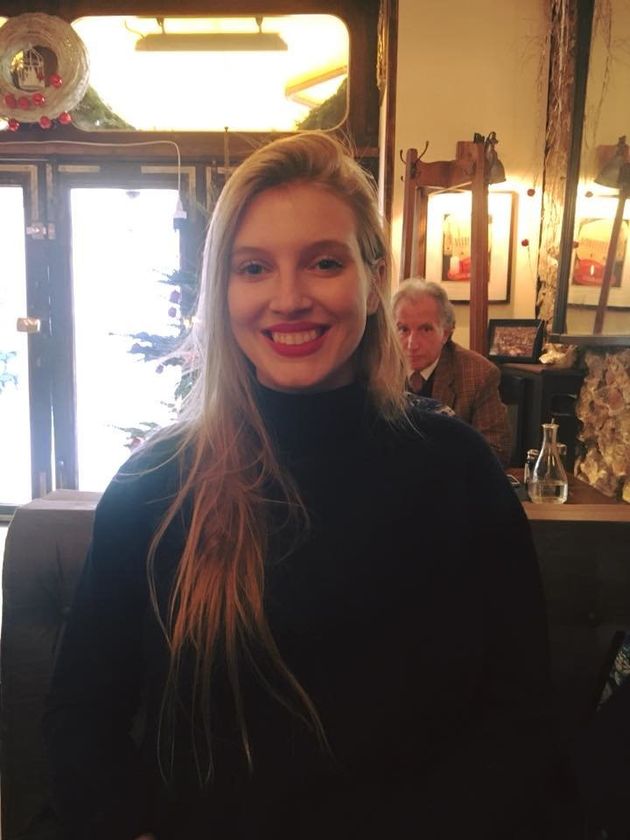 Jess has since seen her gran a few times and recommends taking props when visiting a loved one with Alzheimer’s, saying fun items provide the perfect distraction at moments when her gran’s symptoms start spiralling.

“For Christmas, I made a photo album with photos of my great-great-great grandparents in there. When I bring that, Gran is in her element, lucidity strikes and she is there listing odd little facts about people that everyone else has forgotten,” she says.

“My mum is an absolute hero for staying so strong and there are rare moments where Mum and Gran just sit there giggling.”

3. Discuss how you’re both feeling

Margaret* is still waiting for her husband to receive a formal diagnosis, but after initial appointments and speaking to Alzheimer’s helplines, she believes all his symptoms point to the illness. She says honesty has helped them both to stay strong during this difficult time and recommends maintaining good communication when a partner is at the start of their illness.

“Luckily we are happily married, we discuss things openly,” the 72-year-old says. “I meditate every day. We walk the dog. Sometimes I get depressed, so does my husband. Sometimes I lose patience, and then feel terrible afterwards – but we manage.”

While it’s hard to watch her husband struggling with tasks he would have previously completed easily, Margaret recommends letting your loved one “do as many of the things they’ve always done as possible”.

“It maintains independence and confidence,” she says. “It would frequently be easier just to do something yourself, but that wouldn’t be helpful to your partner, and would lead to further deterioration and dependence.”

4. Take part in hobbies together

John Ramsay, 34, was just 12 years old when is dad was diagnosed with early onset Alzheimer’s at the age of 52. He passed away 10 years later. “Growing up and coping with his condition was tough, particularly spending much of my teen years helping to care for him,” John says.

“During the early stages, mood swings developed which often came as a result of confusion. If something had really upset my dad earlier in the day, he would continue to be angry for a long time afterwards, even though he couldn’t remember the initial reason.

Individuals living with dementia often forget they have already bought something, so will go out and buy the exact same thing again. “Rather sweetly, my dad bought me a Terry’s Chocolate Orange almost every day around Christmas, oblivious to the repetition,” John says. 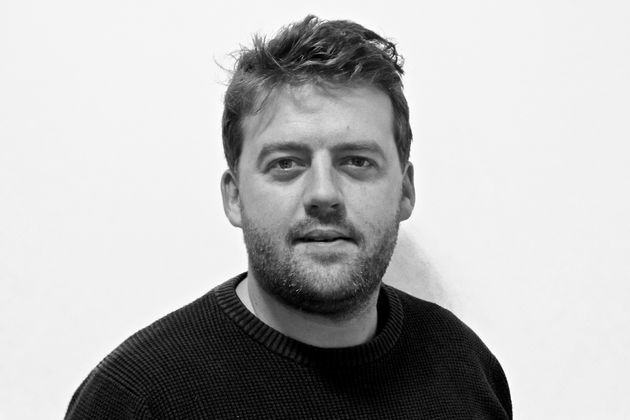 To cope with a loved one’s illness, John recommends focussing on what they can do, rather than what they can’t, and says new technologies are being developed to help. As CEO of Shift8*, John has used his experience with his father to create Tovertafel – a series of digital games aimed at those living with dementia. He says playing a game or encouraging another hobby can make a big difference.

He says remembering past hobbies and interests with your loved one allows you to reminisce together and offers a sense of security for you both. “This also provides an opportunity for you to spend quality time together, having fun and creating moments of happiness for you both,” he adds.

Philip Matthew O’Malley, 37, became the main caregiver to his aunt when she was diagnosed with Alzheimer’s in 2012 at the age of 69, meaning he had to move from his home in Dublin to her house in Milton Keynes. “Because we didn’t come from a big family and she never married, this was a double blow to me as I was very close to her and we shared our deepest confidences with each other,” he says.

Philip felt lucky his aunt was able to pay for private medical care, which meant a nurse came to visit them twice a day, but says the progression of the disease was still hard to watch. “She kept putting her gloves in the vegetable draw of the fridge and used to get upset when she couldn’t find them,” he explains. “At one point I became emotional when my aunt had soiled herself and when I went to change her, she screamed at me and slapped me across my face. That really scared me, but she meant no harm.”

Dealing with surprising or violent behaviour from a loved one is never easy, but Philip recommends doing some research about the symptoms of Alzheimer’s disease early on so you are as prepared as you can be. “Research can help you make an informed decision whether you can be a proper caregiver in these circumstances and what support is on offer to you depending if you rely on the public health system or a private patient,” he says.

6. Know there is only so much you can do

Pam Jarvis, 58, started to realise her mum was showing symptoms of Alzheimer’s around 10 years ago, when she was 80 years old.

“She was getting a bit absent-minded, doing all the classic things like misplacing her keys, and it was a bit of a joke at first, we thought ‘oh she’s just getting old’,” she says. ”But when it was around her 80th birthday, she was sitting in my brother’s living room and I remember her saying ‘oh that’s a really nice picture of my mum you’ve got’ and we looked at one another and said ‘no, that’s a picture of you’.” 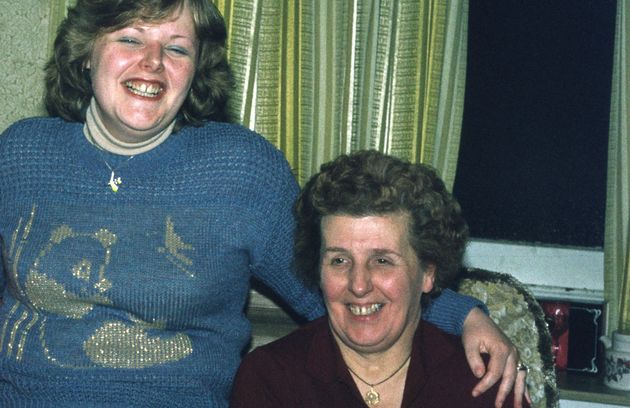 Over the past 10 years Pam’s mother’s health has deteriorated. As she approaches her 90th birthday, the pair now have a “reverse relationship” where Pam takes the role of a parent and her mum acts like a young child or sometimes a teenager. At first, Pam resisted this dynamic, reminding her mum of her true age and surroundings. But her mum appeared to be increasingly confused and keeping up pretences was becoming more distressing for all involved.

“In the end, you’ve got to accept who they are,” Pam says. “When loved ones first have the problem, you’re told to try and keep them in the present with things like pictures, but they get to a point when they just lose it and you have to go with them – you have to time travel.”

*Some names have been changed at the request of the interviewee