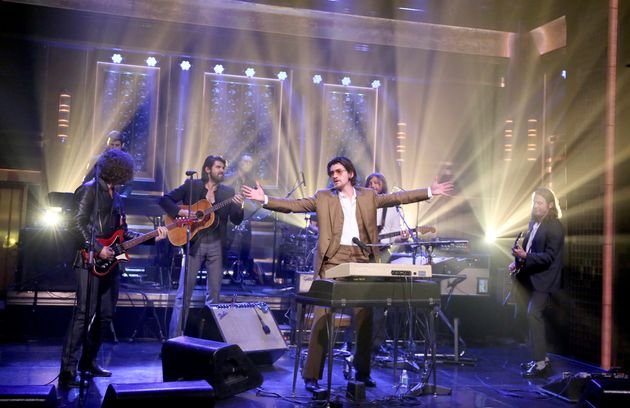 When Arctic Monkeys announced the title and tracklist of their sixth album – with its lunar landing-inspired moniker and tracks called ‘The World’s First Ever Monster Truck Flip’ and ‘Science Fiction’ – it became blindingly obvious that am experimental album was coming. Sure enough, ‘Tranquility Base Hotel and Casino’ is the band’s most daring effort to date.

Stylistically speaking, it’s more reminiscent of Turner’s orchestral-like side project The Last Shadow Puppets, so it’s easy to see why he considered making this a solo album before getting the band involved.

It’s also the group’s most ambitious album yet, lyrically-speaking, but Turner’s dreamy, surrealist approach comes at a price with the wittiness and clarity of their earlier releases also becoming a thing of the past. In many ways, they couldn’t be further from home, but if you look hard enough, the themes of the good old days are still there – it’s just that the direct references to club bathrooms and taxis are gone. But in their place sit dreamier, more spectacular musings on the same topics.

“I’ll be in a nose dive in my flying shoes,” he near howls on ‘Batphone’. “Right behind your closed eyes like a memory from your youth.” (We’re less sold on “Kiss me underneath the moon’s side boob”, which he croons in the title track.)

Turner’s guitar is also a thing of the past, traded in for a grand piano which comes into full effect on closing track, ‘The Ultracheese’. Another highlight comes in the form of the highly self-aware ‘Four Out Of Five’ – which riffs on gentrification, newspaper reviews, moon landings and casual flirtations.

Their sidestep from moshpit-inducing indie rock to piano music that inspires a sway will undoubtedly be divisive, but it’s the evolution of Arctic Monkeys that makes them the most exciting band the UK has to offer.

‘Four Out Of Five’

‘Tranquility Base Hotel and Casino’ lacks instant catchiness but by the time the band’s UK tour begins in September, we promise it will have won you over.