I made the mistake of telling the office I’d never seen ‘Bill And Ted’s Excellent Adventure’ the other day, which – as you can imagine – prompted a chorus of groans from everyone in earshot.

Released in 1989, the film, along with its sequel, now has a cult following, with fans celebrating this week when it was announced that its stars, Alex Winter and Keanu Reeves, were reuniting for a third film.

Having now finally sat down and watched it, just how “excellent” are Bill And Ted’s adventures?

For starters, more than any other film I’ve seen released in that decade, ‘Bill And Ted’s Excellent Adventure’ is chock full of 80’s nostalgia, to the point that at times it’s like watching a parody.

If you didn’t know better, you would literally think you were watching a ‘Stranger Things’-esque modern period piece set in the 80s, from the music to the lingo and, of course, the fashion (sidenote: why did no one tell me that Alex Winter spends almost the entire film in a crop-top? Here for it).

Not that this nostalgia-fest is a bad thing, of course. If anything, it’s great that a film that focuses around time travel has so many references to the time it was made, meaning that later generations get a double-dose of history when they watch. 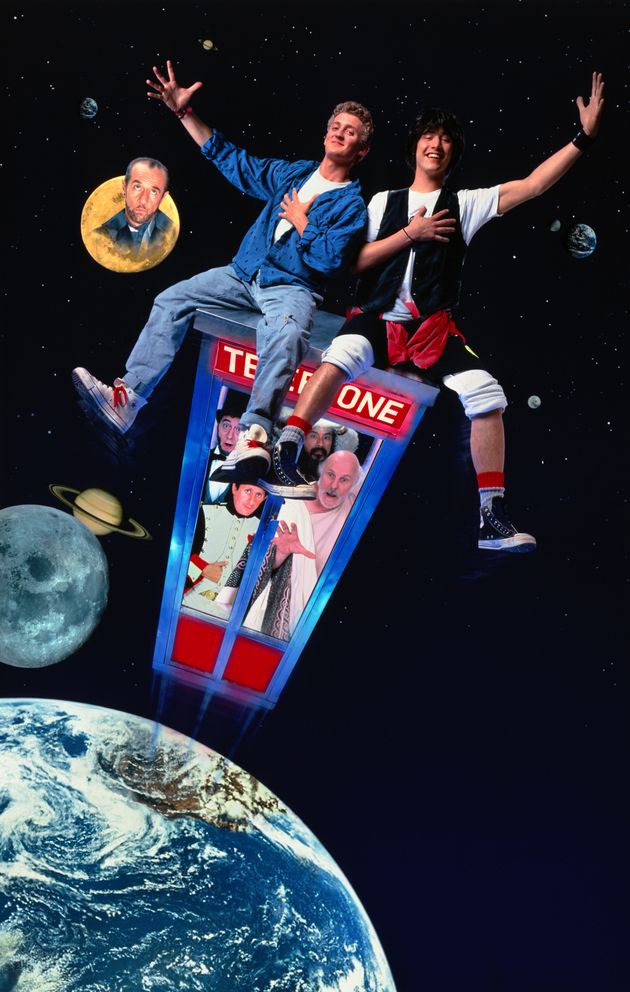 But of course, like the majority of films so reflective of the time period they were made in, watching them through a modern lens can be jarring at times. Take, for instance, the open ogling of Bill’s stepmother early in the film, played for laughs, which feels uncomfortable in these post-#MeToo times we’re now living in, particularly as the camera lingers down her top when the character leans forward.

The scene in which historical figures run amok in the local mall also provided the rather disappointing suggestion that, left to her own devices, Joan Of Arc – the only woman brought back from history into the 1980s – would choose to join in and take over an all-female aerobics class rather than something a little more badass.

All this is small-fry compared to my least favourite moment in the film, which comes after Bill and Ted are reunited after a mishap in the medieval period. Relieved to discover that his friend is still alive, Bill runs towards his friend and greets him with a celebratory hug.

“What a nice display of platonic affection between two men,” I thought to myself. “This film is really ahead of its time!”

That was, of course, until a moment later, when the pair push themselves away from each other, before uttering in unison: “Fag!”

It’s a shame, because my favourite aspect of the film is that Bill and Ted are fundamentally harmless young guys, and their unabashedly close friendship – finishing each other’s sentences and speaking in their own unique cadence – is what really makes you root for them. 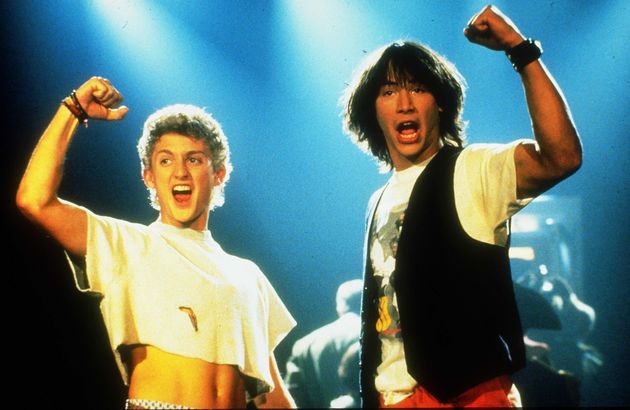 Even just 10 minutes after meeting the characters, the threat of them being torn apart (should Ted fail his history test and be sent to boarding school) is a genuinely upsetting one. To have such a strong slur thrown in at the halfway point – again, entirely for laughs and without consequence – was actually a bit saddening.

And so, as a late arrival to the ‘Bill And Ted’s Excellent Adventure’ party I can completely understand why it’s still being heralded as an 80s favourite. It’s silly, but still has its clever moments, (Sigmund Freud eating a corndog at the mall being a particular highlight of mine) and it’s heartwarming but, above all, it’s nostalgic. It’s just unfortunate that those old-fashioned 1980s attitudes were also reflected on screen too.

In all honesty, if producers are able to replicate that magic 30 years later, then I probably would be interested in seeing the third instalment in the series, currently thought to be titled ‘Bill And Ted Face The Music’. I’d just want to know that even if the characters’ clothes and music taste have remained stuck in 1988, their attitudes haven’t.