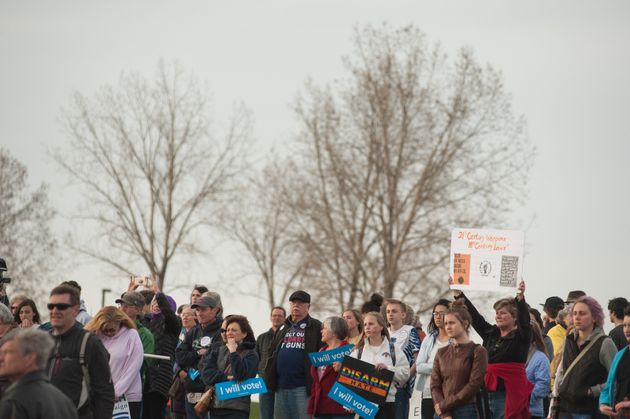 “I’ve never seen this much activism in my life,” Gloria Steinem recently proclaimed. This statement runs contrary to a long-accepted narrative that this generation’s activism is not only less prominent, but inherently less effective, than that of previous decades. It’s a narrative I bought into until the past six months proved me wrong.

For the anniversary of the May ’68 movement, I often find myself thinking about the changing nature of activism. Becoming politically active at the age of 13 was the best thing that ever happened to me. Not that it matters. What activism means to the individual should always be the least interesting part of discussing activism. We are frequently bombarded with the opposite message, from Forbes lists to university careers service officers to Instagram accounts filled with funny placard slogans. However, while I used to be concerned that hyper-individualism has ruined my generation’s ability to organise, I am no longer particularly worried. From #MeToo to #MarchForOurLives, it has become clear that the kids got this.

Having spent my adolescence in feminist, leftist, and green groups that were often dominated by members thrice my age, I had developed a sort of strange nostalgia for a time that ended long before I was born. Things were not as fragmented as they were now, I was told. The language of organising, of solidarity, of coming together in movements despite and sometimes because of our differences was easier to speak and understand. Slogans were not yet printed on T-shirts and sold to us by H&M. While my glasses are now less rose-tinted, as the activism of the 60s and 70s had plenty of problems of its own, this nostalgia paired all too well with a general anxiety felt in most political movements that things are only going to get harder from now on. Many watched with disappointment how social media become a force for cheapening engagement and creating divisions rather than a tool for connecting and organising people across the globe.

The narrative of millennials as ‘slacktivists’ was a neat fit with common stereotypes of my generation: socially conscious but cripplingly lethargic. Though earlier phenomena such as the Arab Spring clearly showed that social media was not a ‘slacker’ alternative to ‘real’ activism by any means, it seemed obvious that old-school street activism was becoming an endangered species. No one was quite sure if what replaced it would be good enough. In 2017, a Voxburner study showed that only 4% of 16-24 year-olds had ever taken part in outdoor manifestations. Combined with a growing corporatisation of social protest (those H&M t-shirts, and the increasing trend of NGOs partnering with private companies) as part of a broader neoliberal reframing of structural issues as individual ones, there was (and still is) cause to worry about what our generation thinks activism should look like. Would the future be all Ice Bucket Challenges, rather than 1968? It’s worth noting that the recent Steinem quote comes from an interview with a private clothing company.

For me, the past six months have started to reassure these fears. With #MeToo, millions of women worldwide managed to transform the sharing of experiences into a massive and cohesive movement that is still causing actual men to be actually fired as we speak. It was a classic feminist method (‘the personal is political’, or the radical politicisation of common experience) applied on a mass scale, made possible though social media. With March For Our Lives, over a million American children and teens organised one of the most powerful gun control movements in the nation’s history. Note that physical marching was a significant part of that process. Even the Student-Staff Solidarity movement coming out of the recent UK UCU strike had a vitality and force that felt inspiring and yes, old-school.

We live in bleak political times, but these movements have renewed my political energy and my sense of hope for this Trumpian world. They have defied long-accepted assumptions about the changing face of political activism. Despite technological advancement, the spirit of protest among young people may be more cyclical than we have previously believed. Perhaps the state of world only needed to become dire enough to make this obvious.

Just like I learned from previous generations through scribbling on demo placards, manually binding newsletters, and discussing labour reforms over tea in my formative years, these movements are learning from history while also setting precedents for what activism in the 21st century will look like. It is important to not take this progress for granted, but to stay connected and learn from one another in order to keep the ball rolling for change on an intergenerational, intersectional, and international basis.

I have learned to let go of my anxieties over clicktivism to focus on where I can do my part to contribute to the worlds of good that is happening in the realm of protest. The kids are alright – let’s focus on the real enemies.