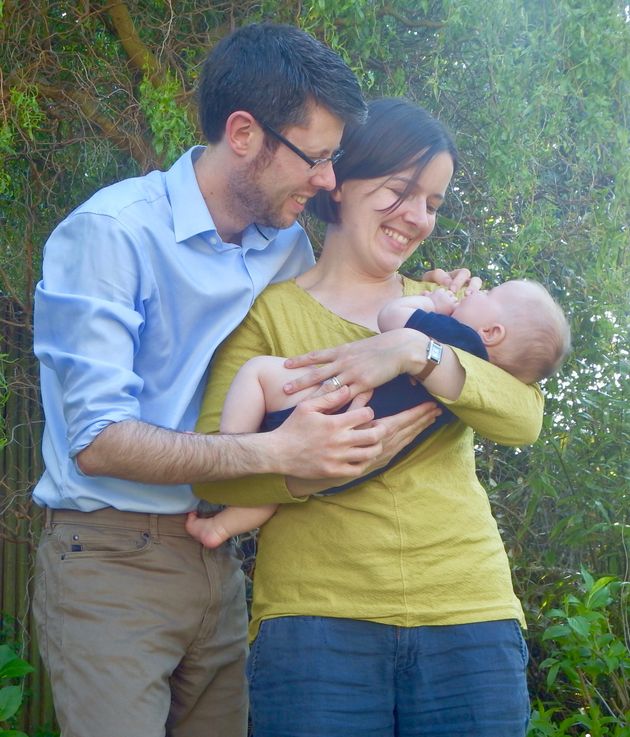 To mark Viral Meningitis Awareness Week, led by the charity Meningitis Now, Rory Palmer MEP writes about his own family’s experience with the disease…

Viral meningitis is an infection that causes inflammation of the membrane surrounding the brain and spinal cord. This can be a serious illness with long lasting effects for adults but can also be extremely perilous for babies and young children.

In January of this year, our three week old daughter Ellie was uncomfortable and irritable one evening. Any parent will tell you this is not uncommon; new babies will all have periods of grouchiness, unexplained tears and irritability (more often than not in the middle of the night when parents are craving much-needed sleep). On this particular evening our baby girl wouldn’t settle at all – even though she was still very new to us, we knew something wasn’t right.

The thermometer verified our instinct showing a high temperature at just over 38 degrees. Her temperature continued to rise and our worries and anxiety did likewise. We called the NHS 111 service who ran through their routine algorithm of diagnostic questions. Meningitis had crossed our minds and we had – like all parents do in these situations – checked for rashes, the tell-tale symptom that most people associate with meningitis. There was no rash so we waited for the call back from an out of hours GP.

The GP instructed us to head straight to A&E. It was the middle of the night and our baby was quickly subjected to a range of tests, including a lumbar puncture procedure, which was extremely painful and distressing for such a tiny baby and us as parents. The doctors explained that based on the symptoms they were testing for meningitis. These are words that will strike a dumbfounding fear into parents.

A few hours later, the initial test results confirmed that she had meningitis but it would take another 72 hours for blood culture tests to determine whether it was bacterial or viral. In the meantime, she was treated as if she had bacterial meningitis as a precaution. This meant being given intravenous antibiotics every few hours. Luckily, the way the symptoms developed meant the doctors became more and more confident it was viral and not the more severe bacterial strain. However, it was a long, exhausting 72 hours of seeing our precious baby wired up to various monitors and having lots of drugs and medicines pumped into her.

We were lucky and after a long four days in hospital our wonderful daughter came home and has made a full recovery. The doctors and nurses were everything and more we expect from the brilliant NHS: compassionate, caring, supportive, exemplary professionals. A doctor explained that even with viral meningitis, as well as bacterial, in babies and young children every hour matters.

This has taught us just how important that most fundamental lesson of parenthood is: trust your instincts. That`s what we did and we caught it early. We faced that delicate and precarious dilemma faced by many parents of being anxious about our child’s health but not wanting to be paranoid parents taking up valuable A&E time for nothing more than a gripy tummy or common cold. And to be honest, like many parents I didn’t even know there were two main types of meningitis: bacterial and viral.

As ever, education and information are key, and Viral Meningitis Awareness Week exists in no small part to raise awareness of what the disease is, and how together we can tackle it.

Viral meningitis affects about 6,000 people across the UK each year. Although it is less likely to be life-threatening than bacterial meningitis, it is still an incredibly serious illness. The symptoms that parents need to look out for are well-known; headache, fever, neck stiffness and sensitivity to light. Babies and young children are particularly susceptible and if in doubt parents should seek advice and help from the NHS. As a rule, if your baby is less than 12 weeks old and has a temperature of 38 degrees or above, you need to seek medical attention urgently.

Even after beating the initial virus, sufferers can still be left with a range of after-effects including headaches, exhaustion, depression and memory loss. Sufferers of viral meningitis can often feel that they do not receive enough support once they have recovered from the initial virus, and research found a demand for more information about the disease, greater aftercare and follow-up appointments, and signposting towards guidance and advice. We need to make progress to provide better support to those who have suffered from viral meningitis.

Some illnesses and diseases instantly strike fear into people, and there is no doubt that meningitis is one of those. But by learning about the symptoms of viral meningitis we can tackle it earlier, and by putting in place better support for those affected by it we can mitigate the long-term impact that it has on thousands of lives. Let’s use this week to commit to doing both.

To find out more about viral meningitis, visit www.MeningitisNow.org