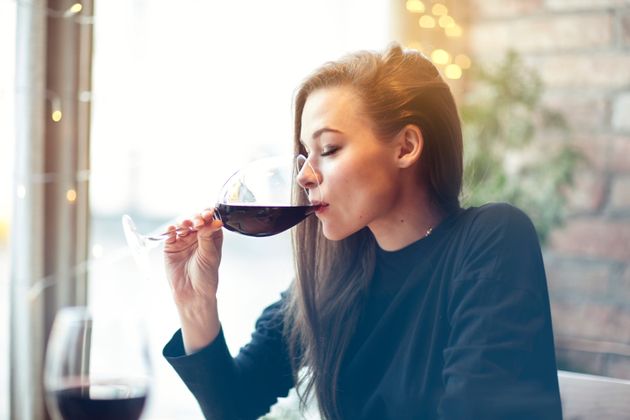 When people quit drinking, their obsession with alcohol and addictive behaviour doesn’t always lose momentum, but it can be harnessed in more productive ways. One sober mate of mine now makes documentaries about addiction. Another trained to be a drug and alcohol counsellor. Many people start blogs. I wrote a book, Woman of Substances: A Journey into Drugs, Alcohol and Treatment.

Apart from the autobiographical spelunking in this book, it’s filled with the expert opinion of 35 neuroscientists, clinicians and researchers. I wanted to ask them the questions us boozehounds have pondered long and hard over the years: Why am I governed by impulsivity? Why the constant restlessness? Why the urge to always press the big red button, even when it flies in the face of common sense? What I didn’t expect was that the answers would be quite so gendered. Here are some things I learned.

But is that accurate? Or do we just frame our drinking as self-medication because we’ve been conditioned to think we’re unwell? ‘Anxiety’ has been a buzzword from the mid-twentieth century onwards, as evidenced by magazine advertisements for pharmaceutical speed and sedatives. In a 1956 advert for Serpasil, which offers to ‘raise the emotional threshold against everyday stresses’, there’s a photograph of a woman hemmed in by a vacuum cleaner and a screaming kid. A 1967 advert for Serax depicts a woman imprisoned behind bars of broom handles. The text reads: ‘You can’t free her but you can help her feel less anxious.’ The foreground of a 1970 advert for Ritalin shows a woman weeping over a vacuum cleaner. ‘Helps relieve chronic fatigue and apathy quickly,’ it promises.

Of course women experience anxiety, but these advertisements were more accurately advising men how to keep their unfulfilled wives working efficiently. Now the baton has been seized by ‘wine o’clock’ meme-makers, who’ll depict a Victorian-era woman, or a mother on the verge of a nervous breakdown. Okay, they’re a bit of fun, but these memes buy into the idea that needing wine to cope is a woman’s lot. It’s like we don’t feel we’re allowed to just plain-and-simple enjoy a glass, or to admit that sometimes we’re drinking out of sheer boredom. How about this: sometimes wine’s fine, so long as you can disengage from the idea that it’s the only thing that makes Mummy better?

Women are conditioned to be social, and not only that, but to be the glue of our families and communities. We’re the ones organising the get-togethers, making sure nobody’s feeling left out, and buying the damn nibbles. So it follows that women who don’t naturally understand social etiquette can really struggle in life. Sometimes social anxiety is the culprit, but there are also diagnoses such as autism spectrum disorder and ADHD, which are traditionally thought to be very male but are actually just better disguised in women. We work hard to mask them, to avoid being ostracised by other women.

There’s one thing that makes that masking job easier: alcohol. Drinking allows us to feel more at ease in social situations until it becomes a crutch we can’t do without. Me, I bonded with alcohol at 13 because it felt like a buffer against the world. Later, speed became my constant companion. I considered it to be a magical cure, since it made me positively enthusiastic about holding a conversation (the ensuing amphetamine psychosis is a story for another time.)

Women are also conditioned to not take up too much space, and that means we tend to express any distress through quiet rebellion. There’s a triumvirate of stealthy behaviour that can occur: substance use (including alcohol), eating disorders and self-harm. What these all have in common is they’re acts of aggression against the body, but they’re also statements of regaining control of the body. And that can be particularly appealing to a girl who feels that everybody else seems to own her body more than she does.

Our hormones are the puppet-masters of our cravings

Your menstrual cycle causes fluctuations in your renal, cardiovascular, haematological and immune systems, so it makes sense that these hormonal fluctuations have a knock-on effect on the way your body processes alcohol. Let me break that down for you, week-by-thrilling-week.

Week one of your cycle is the menstrual phase, and your heavy-flow fatigue is likely to hasten the effects of alcohol. In short, if you were ever likely to conk out at the bar by nine, it would be now. Due to low levels of estrogen and testosterone, things also hurt more, and that includes your hangover, which will basically feel like the world’s ended. In week two, estrogen rises and stimulates our reward pathways, making alcohol and drugs more attractive. Oh, and drinking also increases estrogen, making this a bit of a catch-22. Then, on week three, the fun police arrive, aka progesterone. This hormone tempers the excitable effects of estrogen, and so we’re less interested in getting wasted. Ah, but in week four, estrogen and testosterone plunge, making you premenstrual and likely to crave carbohydrates. Like pasta? Sure. But alcohol contains carbs, too.

You probably never noticed these fluctuations before, and neither did I, amid the general chaos of highs and hangovers. But try monitoring your cravings and note where you are in your cycle, and you’ll quickly see a pattern.

Fear not: forewarned is forearmed

Talking about women and drinking never tends to be good-news corner, but use this article to understand when your vulnerable moments are hovering on the horizon. Oh, and find your tribe. Increasingly, women are creating networks for other women, such as the Soberistas community, sobriety retreats put on by She Recovers, blogs like Girl and Tonic, and online courses like The Sober School, which also encourage internet hangs with your fellow students. Just a note: these are for the ‘early intervention’ of women’s drinking (as it’s called in treatment sector terms). Anyone who is really worried about their consumption should see a drug and alcohol service. Good luck, friend – you got this.

Woman of Substances is available from May 17th in all good UK bookstores, or from online stores.