Ant McPartlin and Declan Donnelly have been pictured together for the first time since the former was plead guilty to drink-driving earlier this year.

The TV pair – who make up presenting duo Ant and Dec – were snapped by a fan, who saw them together in London on Tuesday (15 May).

Davina Darr posted the picture, taken in a hotel garden, on her Instagram page, noting: “Pleasure to randomly bump into [Ant and Dec] today! Lovely guys!”

And yes, they’re standing on opposite sides to usual.

Something else fans have clocked is that Ant appears to have had a tattoo inked on his right forearm, believed to have been added since his recent return to treatment.

Ant announced back in March that he was stepping aside from work commitments for the foreseeable future, following his arrest for drink-driving, so he could focus on his recovery.

Since then, Dec has flown solo for the final two episodes of the most recent ‘Saturday Night Takeaway’ series, marking the first time he’s ever had to present a show without his regular co-host. 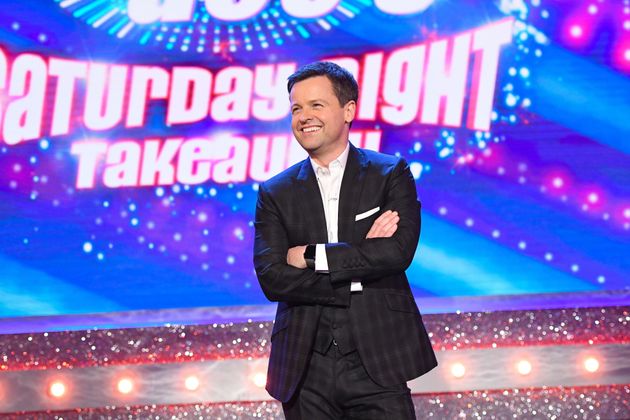 While Ant and Dec are currently both appearing in pre-recorded auditions in this year’s ‘Britain’s Got Talent’, it has been confirmed that Dec will once again go it alone when the live semi-finals kick off.

Dec also made a rare appearance without Ant at the TV Baftas over the weekend, where he was pictured with his wife, Ali Astall, who is expecting the couple’s first child.

After pleading guilty to drink-driving, Ant was fined £86,000 and slapped with a 20-month driving ban. He also had to pay an additional £225 in costs and a £170 surcharge.