You have just taken a seat in a circle, in the middle of a room, surrounded by between 20 and 30 other people. Some of the people you vaguely recognise, but couldn’t name. Others are complete strangers. Everyone is the same age; a mixture of men and women. The one thing you have in common is you’re here for the same reason: to talk about consent and sex.

Lessons for adults about sexual relationships are gathering momentum: several universities now offer them, including Cambridge University, where 800 students have launched a campaign to change the way disciplinary cases over sexual misconduct are dealt with. But what is it really like to teach people about sex when it is making headlines for all the wrong reasons?

HuffPost UK talked to Celia Hart – who started running consent workshops for students in 2015 at her Cambridge University college – about her experiences long before the emergence of the #MeToo movement.

In her role as her college Women’s Officer, Hart designed a programme, based on workshops run by Sexpression and other UK universities, all responding to growing calls for preventative action. Here’s what Hart learned. 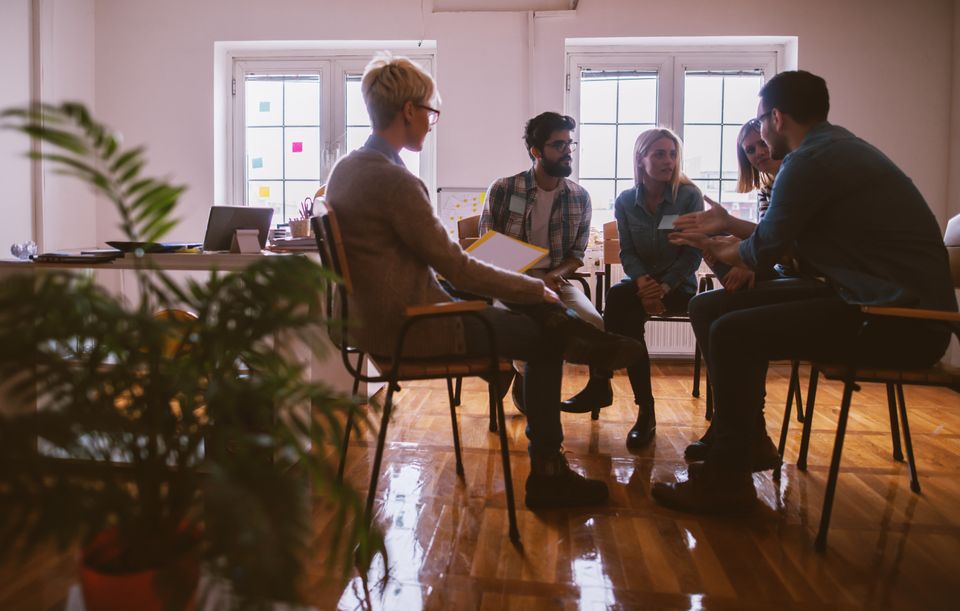 Sexual consent workshops are a response to a real problem. People shouldn’t see workshops as some kind of gesture to #MeToo, says Celia, but as a realtime response to a very real issue that affects students. “During my time at university someone was accused of rape and went to trial,” she says.

She also found that problematic views on consent ran deep, even in people who considered themselves educated on the issue. “One of the scenarios we set up was the classic example of a girl wearing a short skirt who is attacked on her way home,” says Hart. “[Some people] said it was her fault for being alone and wearing a dress. That probably happened once per workshop.”

Not everyone is supportive of consent workshops. Hart anticipated that she might meet resistance from attendees, but she also found push back from some staff as well. “They tried to fob us off with excuses about why it wasn’t appropriate to run them,” she says.

Some were worried about what parents might think about the workshops, which ran near the beginning of term. “They said that students would phone home on the first day and say – I went to a sexual consent workshop. They said that didn’t look good.” One staff member even suggested a workshop around sexual consent could be scarring for people to talk about.

Consent workshops are not about attacking men, they’re about empowerment. A criticism frequently levelled at those who teach adults about consent is that workshops are patronising and unfairly target men as the sole perpetrators. Hart says: “Do people think it is patronising? I would say that is not the point of the workshops. They’re not just for men. I don’t believe anyone thought it was a direct attack on them.

“We tried as much as possible to create non-gendered examples and create a level playing field – everyone on the same page. The workshops also covered victim blaming, lad culture and male victims. It is important to recognise that kind of behaviour can happen in any kind of relationship,” she added.

You always have people who think they know better. One of the biggest challenges is overcoming people’s preconceptions about what they think they already know about consent and sex. Hart says she has encountered people who question why they need to attend the session. “You can tell from their body language they are thinking ‘I don’t need to be here’. But they don’t know as much as they think.”

She gives an example: “Some people have said: ‘Doesn’t everyone know [what you mean] when you say come back to mine?’ This is implicit consent, everyone knows what this means. So why are we talking about this? They thought it was that clear.”

You have to make the workshop not feel like a lesson. Discussing rape and abusive relationships doesn’t sound terribly inviting. And the last thing students want is another lecture. Especially when there are no biscuits provided (one student actually complained on the feedback form).

Hart says she tried to make workshops engaging. “We made everyone sit around a table so it wasn’t like a lecture. We had worksheets, we had a quiz in there too with some interesting statistics.” And we tried to make it funny and have everyone contribute. “We were discussing practical ways of telling people you’re not comfortable with what is happening, or you want something to stop.”

They work much better when they are peer led. Workshops about sex and consent are far more effective if they are led by peers – normally students in the year above in the case of universities – rather than a much older adult, argues Hart. “If someone is the same age as you, you’re much more likely to listen than if they are the same age as your parent,” she says.

“Afterwards we had people come up to us who were dubious to start, and said you really changed my view on this or really challenged what I thought.”

Sexual consent workshops should be be given in schools. Currently, the workshops are targeted at adults and older teens. It would be beneficial to start them much earlier, Hart argues, in order to be preventative rather than reactive. “They should be run in schools not university”, she says.

“The opinion forming stage of your life is much earlier. Sadly by the time someone gets to university, there is far less of a chance you’ll fundamentally change their mind on an issue. People should learn this when they’re like fourteen or younger. And if it impacts one person then it is worth it, and actually changes someone’s life.”