A care home’s appeal to find long lost family members and friends to attend a 104-year-old resident’s funeral has been hailed a success.

Alison Armstrong, activity co-ordinator at Ashlyn Care Centre in Harlow, told HuffPost that Daisy Staines, 104, didn’t have any relatives coming to visit her towards the end of her life.

When Daisy died from a stroke on 25 April, the care home launched an appeal to track down family members and friends who might want to attend the much-loved resident’s funeral which will take place on 18 May.

Through the appeal, which was originally reported by Essex Live, a family tree company used by BBC One’s ‘Heir Hunters’ managed to track down some of Daisy’s nieces and nephews, and a local woman also contacted the care home to say her late nan used to be best friends with Daisy from the age of four. 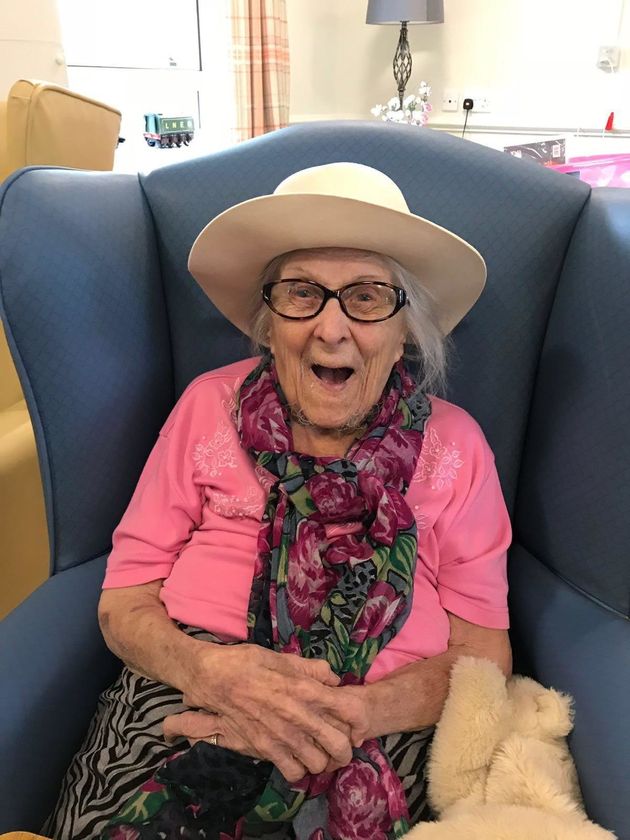 “Daisy was a lovely lady,” Alison said. “She liked flowers, she loved ballroom dancing. She really loved to have a boogie.”

The 104-year-old also adored animals, which became even more apparent when the care home started invited therapy dogs to mix with residents. According to Alison, the therapy dogs and care home staff will also be attending Daisy’s funeral “to pay their respects”.

Daisy became a resident at Ashlyn in 2010 after developing dementia. It is thought she had three brothers. One of them, called Fred, used to visit her at the home however he passed away last year.

When news of the appeal was shared online, there was some confusion about who it was directed at, Alison said, which means they’re expecting strangers to turn up to Daisy’s funeral. But their main aim is to track down those who knew her. “At this late stage we can’t really stop people from coming along if they want to, but it’s something we’d prefer not to happen.”

This lovely 104 year old lady is being buried on 18 May and has no relatives to attend her funeral. Her care home are inviting people to come, Parndon Wood Road, Harlow @RadioBarbour@kossy65https://t.co/Q3XyqIZlAP

When asked why they had gone to such trouble to organise the funeral and track down Daisy’s loved ones, Alison replied: “It’s quite sad that someone who has lived such a long life would be having her funeral with nobody that actually knew her from years ago there.

“Obviously as carers we’ll all be going because she became part of the family, but she did live a long life and so people who knew her in the past might not know she’s still alive.

“It would be quite sad if people did know her and didn’t get to say goodbye.”

If you did know Daisy, her funeral will be held on 18 May at the crematorium in Parndon Wood Road, Harlow, at 10.45am.

HumanKind is HuffPost’s celebration of kindness, featuring people who do incredible things for others or the planet – transforming lives through small but significant acts. Get involved by joining us on Facebook or telling us about the people who you think deserve recognition for their kind works. You can nominate them here or share your personal story by emailing natasha.hinde@huffpost.com.