There is now a ‘Black dot of death’ iMessage bug aimed at iPhone users that will completely crash the Messages app if opened.

This bug is potentially even worse than the WhatsApp ‘Text bomb’ that has been affecting Android users thanks to there being no easy way of deleting the message once you’ve received it. 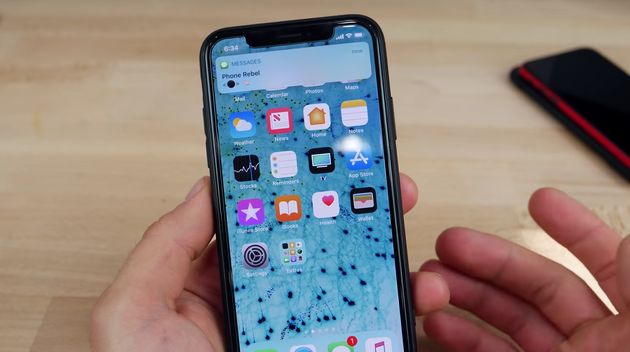 Just like the WhatsApp bug this message works by overloading the smartphone with thousands of pieces of hidden unicode text.

In this particular case it’s so effective in breaking the iPhone that you can’t even re-open the Messages app to then delete the offending message. This is a step up from the WhatsApp message which simply froze the screen on chat screen itself.

How does it work? It’s devilishly simple. The victim gets the message and then all they have to do is either tap on the message as it appears as a notification or then tap on the black dot itself when they open the message.

The screen then goes blank and will remain blank until either Apple issues a fix for it or you take advantage of one of the fixes that have been made available online.

According to YouTuber ‘EverythingApplePro’, there is a way of deleting the message but only if your iPhone supports 3D Touch. You simply press and hold on the Messages icon, tap ‘New Message’ and you can finally access your messages without the entire app crashing. From there you can delete it.

If you don’t have 3D Touch another recommendation is to simply ask Siri to start a new conversation, that performs the same action and should give you access to your messages again.