Brighton College pupils who don’t adhere to a ban on various single-use plastic items including bottles, will be treated in the same way as those who are caught smoking and punished for ‘anti-social behaviour’, the headteacher has said.

According to Mr Cairns, after an initial period of warnings, if pupils bring plastic straws, bottles or non-biodegradable cups onto school premises, punishments will be doled out to “highlight the significance of the issue”.The new rules will apply to students and teachers alike and one sanction will be beach cleaning. 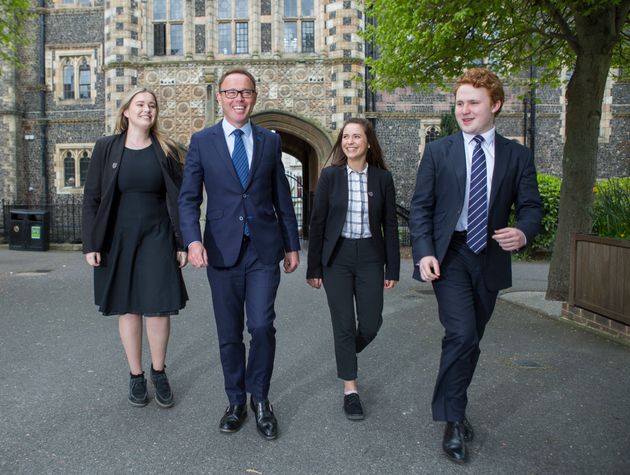 The school has installed additional water fountains and refill stations, and pupils will also be given refillable bottles to cut down on the school’s plastic waste. There are also plans for the school to ban diesel vehicles from the premises.

“I have asked the school’s science department to establish a research group of sixth formers, all able scientists, to research the evidence and advise me of possible ways forward,” Mr Cairns has said.

A Greenpeace spokesperson told HuffPost UK they support the school’s stance as it is important for children to know the wide environmental impact of single-use plastic.“Our schools play a crucial role in teaching children the importance of environmental issues, so it’s great to see this move to ban throwaway plastic bottles by Brighton College,” said Louise Edge, senior oceans campaigner for Greenpeace UK.

“It shows just how quickly UK public attitudes are turning against throwaway plastic. Brighton College are joining the ranks of the BBC, the Royal Family, the Church of England and the plastic-free communities that are springing up across the country, in taking action to stem the tide of plastic entering our oceans.”