A new report from the Commons Work and Pensions Committee found the flagship benefit reform is “designed with little regard for the reality of self-employed work”, such as window-cleaning and hairdressing.

Despite five million people registered as working for themselves, the report said the self-employed could miss out on support worth as much as £2,500 a year when compared to an employed person with similar income.

The MPs added that despite former Prime Minister David Cameron’s encouragement to Britons to “make a job, not take a job”, Universal Credit – introduced during Cameron’s reign at No10 – poses a “very real risk” to entrepreneurship.

Universal Credit brings together six benefits, including tax credits, into one monthly payment.

It has been plagued by problems with its roll-out, such as a now-scrapped six week wait for first payments, and was the subject of a £1.5bn U-turn by the government last year to fix the issues.

The system will be used to administer in-work benefits to millions, but rules affecting claimants who are self-employed are being described as “inherently unfair”.

One rule, dubbed the minimum income floor (MIF), requires the self-employed to prove they earn at least the national minimum wage for 35 hours consistently each month to receive top-ups such as tax credits.

Critics have said the MIF does not reflect the reality of running a seasonal business.

Nicola Smith, who runs a toy shop in Kendal, told HuffPost UK last year how her small store relies on Christmas trading to make a profit.

But despite this, Department for Work and Pensions (DWP) officials said she would need to prove she earned above the MIF throughout the year when she eventually moved onto Universal Credit. It’s a requirement she described as impossible to meet, especially during quieter months. 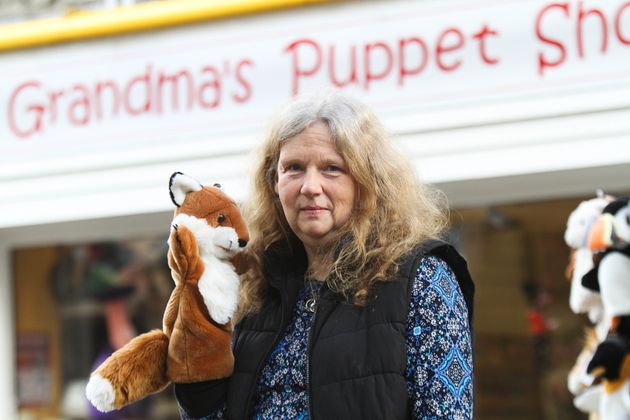 And Norfolk-based welder Andrew White was told by one DWP official he would be better off giving up his trade and signing onto the dole after a lull in his business.

The MIF is applied to traders which have been active for more than a year, yet business representatives have said that start-ups often need more than 12 months to become profitable.

The national chair of the Federation of Small Businesses, Mike Cherry, said: “The Minimum Income Floor is bad for entrepreneurialism, pure and simple. We know that it generally takes two to three years to get a viable firm off the ground.”

MPs are calling for the one-year start-up period, in which a self-employed claimant receives support regardless of their earnings, to be extended to three years.

They also suggest extending reporting periods from one month to a year for those who rely on seasonal trade.

Labour MP Frank Field, who chairs the committee, said: “Universal Credit was not designed with self-employment in mind and it shows. Its current set-up for people starting and running their own business risks crushing potentially viable, productive enterprises.

“The DWP should give people longer to get going, and not punish them for the income volatility that is in the nature of self-employment.”

How a self-employed worker could lose out

A self-employed worker could in theory find themselves worse off compared to an employee with the same annual earnings and family characteristics.

An employee in a couple with one child, with a stable salary of around £12,000 a year, would earn £1,000 a month from employment, topped up with approximately £500 of in-work support from Universal Credit.

But a self-employed worker also earning £12,000 over the course of a year may take home a different amount month-to-month.

A DWP spokesperson said: “Entrepreneurs make a vital contribution to local communities, and that is why Universal Credit tailors the support available to self-employed people to ensure they have the right conditions to thrive.

“Through Universal Credit people can receive support from dedicated work coaches as well as access to business mentoring support from the New Enterprise Allowance.

“We recognise the important role of entrepreneurs in boosting the economy, however it’s unsustainable for Universal Credit to prop up unviable businesses that may not be working. Universal Credit strikes the right balance between helping new businesses and being fair to the taxpayer by supporting self-employed people during the first year while they establish their business.

“After the initial year, gainfully self-employed people are treated as if they are earning the minimum wage. If they are not and they want to maintain the same level of income, they will be expected to increase their earnings rather than relying on their UC payment.”