Love Island producers promised fans a dramatic recoupling on Thursday night – but what they got was half a recoupling, and they are not happy.

Viewers of the ITV2 reality show were left furious after the most recent episode did not reveal all the Islanders’ decisions following the Casa Amor twist.

Instead, there was 45 minutes of action from both villas and only 15 minutes of the recoupling ceremony, which then ended on a cliffhanger. 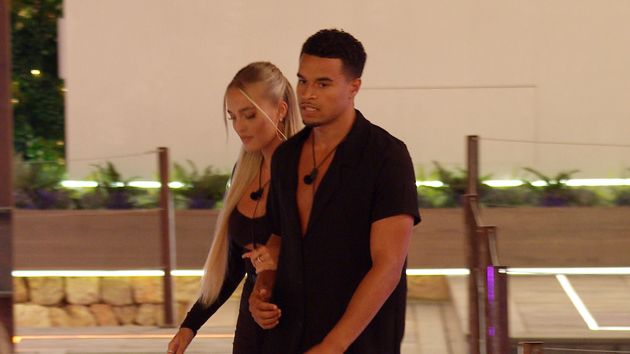 Chloe decided to recouple with newcomer Dale Mehmet, while Hugo chose to return to the villa with Amy Day.

However, the biggest decisions with the most potential for drama were left out of the episode, with bosses deciding to air them on Friday instead.

Needless to say, that didn’t go down well on Twitter…

The whole of the UK watching that Love Island ending pic.twitter.com/VMRYKVqSkv

me w aiting an hour for a recoupling that will just be left on a cliffhanger smh #LoveIslandpic.twitter.com/BZJtMYlG35

CLIFFHANGER WITH NO PREVIEW??? #LoveIslandpic.twitter.com/sNaxy2Iuyv

What’s actually the point in showing HALF of the recoupling? They could’ve easily just made this an 80 minute episode like why? #LoveIsland

The editors knowing they're ending on a cliffhanger as usual: pic.twitter.com/0kjkCgoEdV

Oh fuck right off, ending it like that #LoveIslandpic.twitter.com/4zsknhTEOp

I actually thought the producers wouldn’t leave us on a cliffhanger, but who am I??? Ofcourse they will #loveislandpic.twitter.com/pc50O3XQBX

Producers leaving the recoupling on a cliffhanger #LoveIslandpic.twitter.com/3Hq1vjM3sA

#LoveIsland ending on another cliffhanger when they know full well we’d be watching tomorrow anyway pic.twitter.com/OplvZs7iFQ

Half hour left? They’re going to leave it on a cliffhanger I’m SCREAMINGGGGG #LoveIslandpic.twitter.com/A04kdH3Ypc

that ending and no trailer for tomorrow ? #loveislandpic.twitter.com/IkT4KGfTd6

Should be reporting to the police for how criminal it is not showing all of the recoupling #loveislandpic.twitter.com/pAmMBN2zQm

what we all look like thinking we'd get this recoupling tonight #LoveIslandpic.twitter.com/CG3nYRFnnA

can’t believe i have to wait a whole 23 hrs for the rest of the recoupling, the disrespect😔 #loveisland

Friday’s show will see Liam Reardon forced to choose between original partner Millie Court and Lillie Haynes, who has he has been getting to know in Casa Amor.

Liam shared a kiss with Lillie on Thursday night, despite his blossoming romance with Millie back in the main villa. 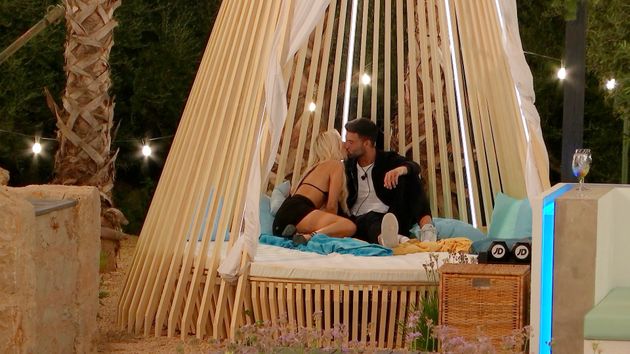 The future also looks uncertain for Teddy Soares and Faye Winter, after the main villa was sent a picture postcard depicting what their partners had been up to while living in Casa Amor.

Viewers took issue with the fact producers had painted Teddy in a bad light by choosing to show the girls a photo of him and Clarisse Juliette kissing during a game of dares.

This upset Faye, as she believed he had not remained loyal to her, when in actual fact, he has been sleeping outside on the day beds, and has admitted how much he misses Faye.

She has since been getting to know new boy Sam Jackson, with fans fearing Teddy could now be left single when he returns to the villa.

Love Island continues on Friday at 9pm on ITV2.