This is the emotional moment the West End cast of The Lion King reunited for the first time in 15 months to perform Circle Of Life.

The Disney musical reopened at the Lyceum Theatre on Thursday for the first time since the production had to close in March 2020 because of the pandemic.

To coincide with their first show back, footage of the cast’s rehearsal rendition of Circle Of Life has been released, and it’s spine-tingling stuff.

The song, which was composed by Sir Elton John and Sir Tim Rice and opens the show, gives us chills at the best of times, but it hit extra hard after what we’ve all been through recently.

Members of the cast – which includes more than 50 actors, singers and dancers – said they were “ecstatic” and “emotional” ahead of the reopening of the award-winning show.

Janique Charles, who plays the character of Nala, told the PA news agency: “I’m absolutely ecstatic, it’s been such a long time.

“I’m getting emotional right now because this is what we are born to do, so when you guys come out to see the show on July 29 and onwards, that’s the energy you’re going to be feeling.

“It’s going to be electric, it will be as no other West End show that you’ve seen before.”

A post shared by The Lion King – UK (@thelionkinguk)

Kayi Ushe, who stars as Simba, said: “I think it’s going to be a release for everyone, to finally have that audience and performer relationship come alive once again – we’ve been stopped for so long.

“I mean, when we roar on stage, we’ll hear them roar out front, and it’s going to be massive.” 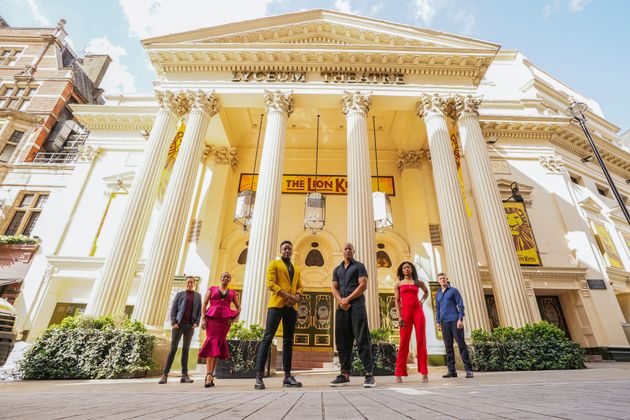 The show, which was the West End’s best-selling stage production when it closed, has been running in London for 22 years and has been seen by more than 16 million people during that time.

The stage production is based on the Disney animated film released in 1994, which was also adapted  into a live-action format in 2019 with an all-star line-up, including Beyoncé as Nala and Donald Glover as Simba.