The transition from childhood to adolescence is no easy ride for teenagers – or for parents living under the same roof as them. In fact, watching your baby grow from a (largely) well-behaved child into an adult, with their own ideas about how life works, can be a real cause of tension for families.

But Sarah-Jayne Blakemore, a professor of cognitive neuroscience at University College London (UCL), who specialises in studies of the teenage brain and is a parent of teenagers herself, says adults should not demonise the teens in their household.

They should instead try to learn more about how the teenage brain operates, and use this knowledge to inform their parenting. Especially as we can all be quick to forget what we were like at that age.

“It is very empowering to learn about what is happening in their brains and how that relates to their mood and behaviour,” says Blakemore. “It helps me as a parent to understand why these changes have to happen and the biological underpinning for each of them.” 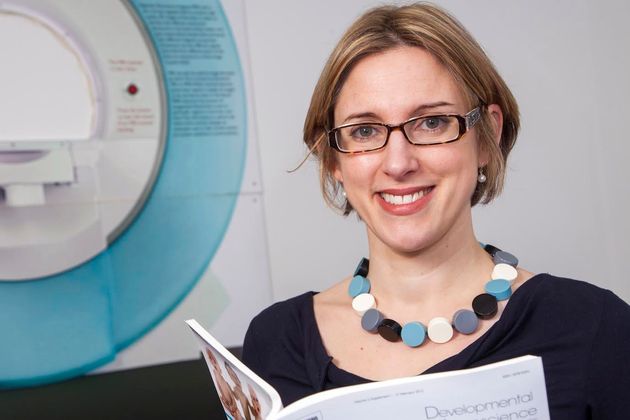 Your teenager is biologically programmed to strive for independence. It can feel like an act of rebellion specifically designed to hurt parents, but actually striving for independence is a biological change in the brain that all animals go through, not just humans, says Blakemore.

“All animals go on this journey to become independent from their families. For example, in mice and rats this is at around 30 days into their life. It is a necessary part of the period of adolescence to become independent from your parents. And in order to do that, you need to forge your own identity, establish yourself with your peer group, test things out and explore.”

Taking greater risks with their friends is just part of growing up. In the same way that your teen will naturally strive for independence (which you should support), they’re also more likely to indulge in risk-taking behaviours. Especially when they’re in an “emotionally hot” context like being surrounded by friends.

Blakemore says: “There is a huge amount of evidence that they are very susceptible to peer influence – if you think about the risks we are worried about teenagers taking (smoking, binge drinking, experimenting with drugs, dangerous driving) they don’t do those things on their own. They are taking those risks when they are with their friends.

“There’s a drive for them to do that because they are particularly sensitive to being excluded by their peer group. To avoid social exclusion at any cost is their number one goal and that might result in them being more influenced by their friends than other age groups are.”

They aren’t just being lazy by sleeping till midday. Although you might be able to see how risk-taking is a biological stage of growing up, surely constantly snoozing their alarm clock is just laziness, exacerbated by their refusal to go to bed at a sensible time? Blakemore says otherwise.

“Teenagers experience a change in circadian rhythms: for adults, melatonin [the chemical that helps us sleep] is produced at dusk when the light goes down. But it is produced later during the teenage years, so they are less sleepy in the evenings and are not ready to wake up in the mornings.

“Asking them to get up for school early in the morning is really the equivalent to the middle of their biological night.” 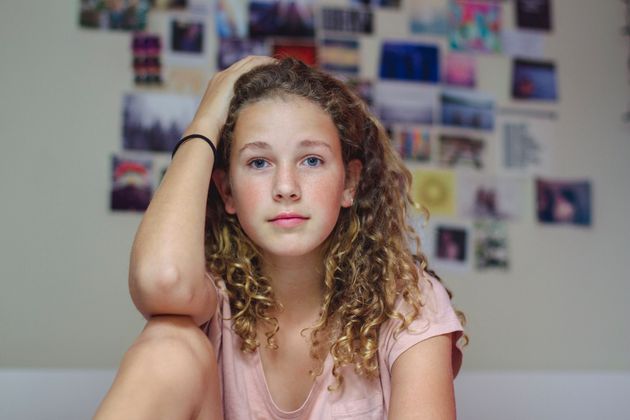 Your teen might look like an adult, but it doesn’t mean their brain works the same way. One of the hardest parts of being a teenager, Blakemore says, is dealing with the fact that people around you are treating you differently and expecting more from you, when you lack the mental capacity and experience of a fully-fledged adult. In fact brain development continues throughout your twenties, something scientists only learned recently.

“Your child, aged 14 or 15, might look like an adult and might be taller than you but that doesn’t mean they have a completely adult-like brain,” says Blakemore. “The brain undergoes really slow and protracted development right through the teenage years and into the twenties. These regions are involved in things like planning, decision making, self awareness and inhibiting inappropriate risk-taking behaviour.”

You can help by supporting them in decision making. Feeling like your teenager tries to reject any attempts to help them? Perhaps you’re going about it the wrong way. Blakemore says the best way you can help them is to support them to come up with their own solutions.

“Their brains are still developing so supporting them in planning and decision making, and being sympathetic as to why they might not be making the decisions you would make is really useful,” she says.

“Often you can remember this period better if you wrote diaries,” she says. “If you look at them as an adult, it is quite horrifying to see the things that went on in your head as a teenager. And goes to show we all conformed a bit to that stereotypical teenage behaviour.”

So try not to mock your teenager and the way they are behaving. It is no secret that once you have passed puberty, society gives you a free pass to mock anyone younger than you (their taste in music, the way they dress, the way they spend their money). But Blakemore says parents should resist this temptation.

“Why do we do this? One idea is that small children do pretty much everything parents say (and are very sweet and loving and cuddly) then they change and it’s hard for parents to cope,” she says. “And I wonder whether it is some sort of societal reaction: we don’t really know how to handle it, so we mock their behaviour. Try and resist while they’re going through this transitional stage and need support.”

Sarah Jayne Blakemore is author of ‘Inventing Ourselves: The Secret Life Of The Teenage Brain’, available online.