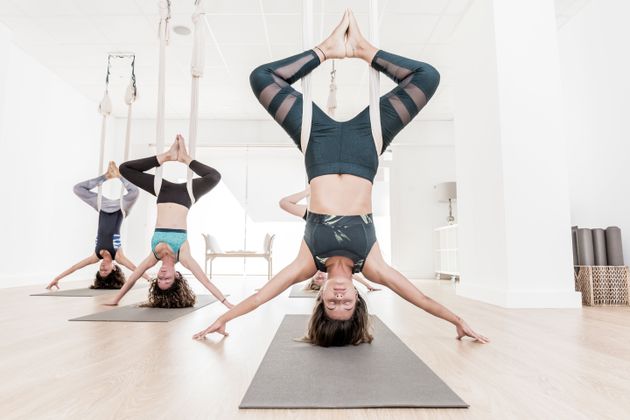 It’s Friday lunchtime and instead of sitting outside enjoying the sunshine along with the rest of the UK, I’m lying outstretched in a red sling suspended from the ceiling of a railway arch.

I’ve just finished 45 minutes of aerial yoga, an acrobatic form of yoga practised in a loop of silky material, which involved being upside down and held in place only by wrapping my own legs and feet strategically around the fabric like an inverted frog.

By the end of the class I’m unsurprisingly out of breath. Partly because I temporarily stopped breathing when I thought my head was about to scrape along the floor (spoiler: it didn’t), but also I’m beyond exhausted. As you can imagine being cradled in this red cocoon like a really large, tired baby, gently swaying while relaxing music plays in the background is just the kind of relaxing savasana pose I needed at the end of class. 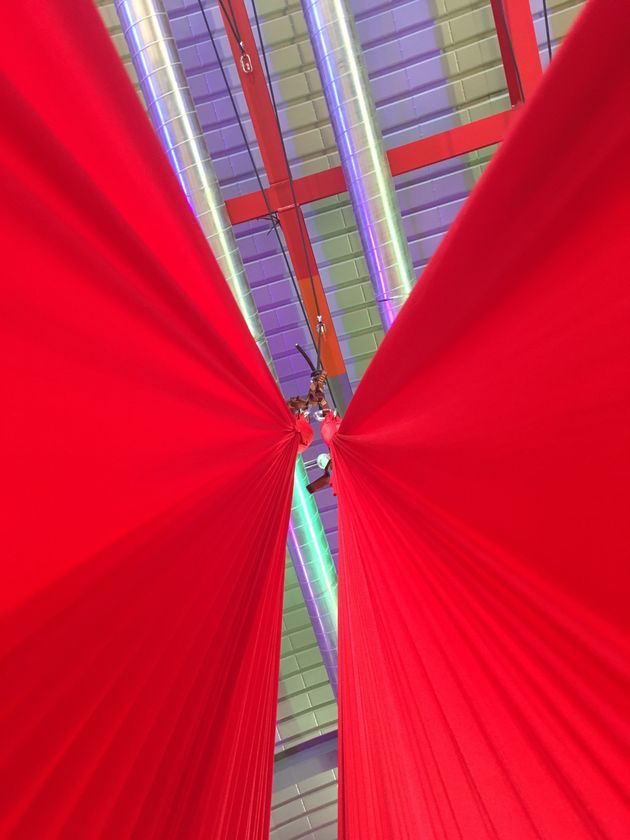 I’m in south London at Flying Fantastic, which specialises in all things aerial – including hoop and trapeze – to try my first aerial yoga class, which are available at various studios across the UK.

The class begins with a warm up of very gentle movements on the mat, which I’ve positioned directly under the yoga sling. First we mobilise the shoulders, hips, legs and spine by rotating and extending, before transitioning onto the sling for some gentle swinging and twisting movements. “Utilising the support of the fabric to release pressure on the spine and joints of the arms and legs gives you a ‘weightless’ feeling,” says Maisie Whitehead, the class instructor, adding that such movements help to increase blood flow and lubricate the joints.

We then move onto more tricky yoga poses, where I learn just how versatile this sling really is. With one foot resting in the base of the sling we lunge forward and backwards (further than I’d be able to go without the sling’s support), before wrapping the fabric around the front of the foot to prepare for dancer’s pose and pulling on the material higher up the sling to get deeper into the posture. 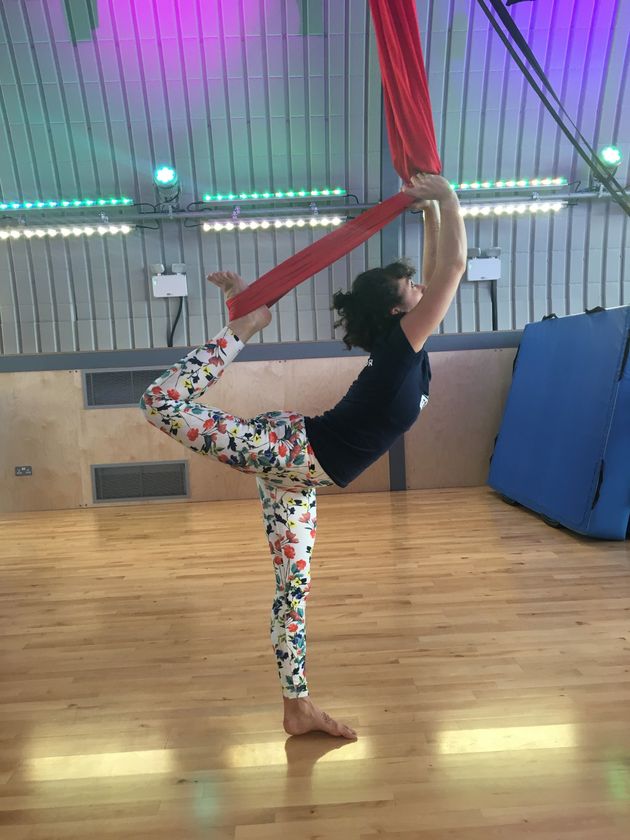 Chris Wigan, founder of Flying Fantastic, which has toured the UK at various wellness festivals, tells me the classes are more accessible than one might imagine. In fact, he says, anyone can give it a go. “There’s no denying, that as with many fitness classes, the stronger you are, the more flexible you are and the fitter you are – the easier you’ll find the class, but that’s not to say that strength, flexibility and fitness are prerequisites,” he tells me.

Now, I’d consider myself relatively fit and flexible, having practised yoga for a number of years and exercising three or four times per week but I find the class incredibly challenging, although it is doable. The next day my hip flexors (the muscles under the hip bones, which are often really tight) are incredibly painful as they are located where the sling rests during downward dog and inversions. 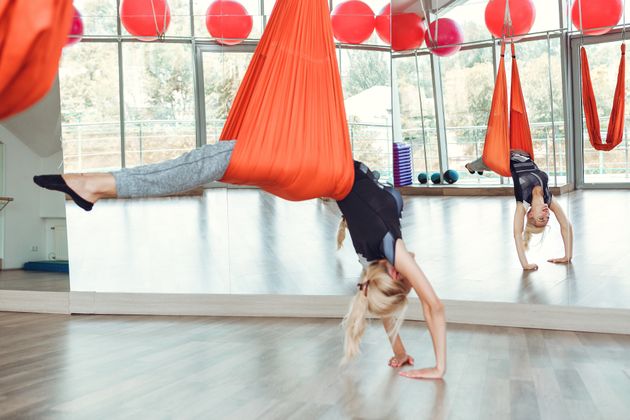 In case you’re feeling particularly daring and want to try this class without any previous experience of practising yoga and have limited fitness: I’d personally advise against it. You need pretty good core strength and stability to lift yourself into the sling and to practise the swinging motions without keeling over. What’s more, you need to be able to listen – and I mean really listen – to specific instructions about where to put what. If you’re the person in a yoga class who doesn’t listen to the instructor and looks at others to work out what you’re supposed to be doing, it’s probably not a good idea for you to hang from the ceiling with only your feet positioning to save you.

That said, the sling does help participants ease into positions and allow specific alignments that you don’t normally get in a class – especially, Maisie says, if you’re less flexible. Take downward dog for example: “The support of the sling releases pressure on the spine and allows students to find more length and better alignment I’m not saying it’s the easiest thing in the world but definitely ‘feeling your tailbone teaching up to the ceiling’ is suddenly a lot more possible when you’re literally suspended from your pelvis,” she explains.

The biggest appeal of aerial yoga is undoubtedly going upside down. Despite practising yoga regularly for about five years, I still haven’t mastered inversions – unless being able to do headstands when I’m drunk counts? – so when I go upside down for the first time in aerial yoga, I immediately feel ready to join the circus as a trapeze artist.

“Inversions are a definite bonus of aerial yoga and accessible to pretty much everyone. I’m yet to find someone who can’t – with a little assistance – get upside down in a yoga sling,” explains Maisie, slightly bursting my bubble. We practice an inverted baddha konasana (bound angle posture or cobbler’s pose), which she reassures me is particularly safe and accessible as you are “quite literally tied into the fabric”. In fact, she says: “There’s no way you can fall, and you don’t need to hold your body weight at all so you can fully relax into the pose and enjoy the benefits of a much longer inversion than most could manage on the mat.”

Don’t be fooled by all the “aid” and “support” the sling gives you, because it’s no easy ride. The sling is more like a facilitator to going deeper, for longer. The physical exhaustion along with trying something completely new, means by the end of the class my brain and body are exhausted, add that to the constant fear of falling out of the sling and it makes for a pretty good cardio workout, too.

More From This Series