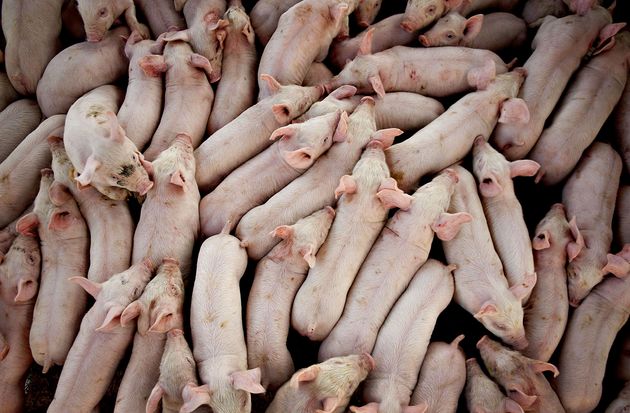 There have been quite a few takes on the #GammonGate saga. Some have observed what they see as harmless fun, others see racism, while some others, like Brendan O’Neill, view it as an attack on working class men.

Regardless of your view, there will be an article, somewhere, to back it up. Whether or not there is any discrimination or bigotry in comparing usually old, usually white, usually working class, and always red in the face right-wing, pro-Brexit men to a particular kind of roast meat has been addressed better elsewhere – what interests me is what #GammonGate says about the state of free speech in the United Kingdom.

Free speech is generally not too well here, particularly given that Britain is the country most credited for creating the concept, and its prognosis does not look great. In recent times we’ve had a loss of confidence in, an and attack on, the freedom of the press (Remember: Leveson 2 may be limping, but it’s ideas are not dead yet!), we’ve reanimated the zombie issue of ID cards, and our students seem to be allergic to provocative speakers.

However, what #GammonGate tells us about the state of free speech in the United Kingdom is that there is a staggering level of misunderstanding as to what it involves, particularly on behalf of those who would consider themselves to be its strongest defenders. This is important as, without a full and universal understand of what a right is, there’s a good chance we’ll all lose it.

The “gammon” insult is, undoubtably, aimed at a very specific group. As mentioned in the opening paragraph, they are almost uniformly male, white, middle-to-working class, pro-Brexit, right-wing, and middle-aged to elderly. In tone, “gammon” men are usually strident, talk in the style of our mid-market newspapers, and are more prevalent, or at least more visible, in England than in the other nations of the United Kingdom. However, to say that this group exists – the mere existence of the epithet would suggest this – is not to say that what is said about it is necessarily true; this is very important.

One of the other aspects of this cohort of individuals is that they would claim to defend free speech and would use, legitimately, a free speech defence to justify some of the more esoteric beliefs they hold regarding Brexit, immigration, social policy, and many other subjects. In this case, they are entirely right to do so – free speech applies to what they say as much as it applies to any one else. As long as there is no direct threat or incitement to violence then, well, have at it sir!

Regrettably however, the “gammon” man’s use of “I’m using my freedom of speech” is his own worst enemy. While he, and his defenders in the commentariat, are correct in saying that gammon-esque views are covered by freedom of expression, within most definitions and all those that matter, so are those of left-wing, remain-minded Twitter to call them “gammon”, to post “wall of gammon” memes, and to make all manner of porcine jokes at their expense. That’s the deal.

Essentially, the conundrum of #GammonGate ‘boils’ down to the one of quintessential examples of cognitive dissonance at the heart of modern political life – we have a habit of believing in free speech up until the point that we hear something that we don’t like. In the same way that left-wing agitators will happily defend freedom of speech up until the point that they have to apply it to Melanie Philips or Richard Littlejohn, ‘gammon’ man will argue that free speech is absolute until Owen Jones starts bandying about the ‘G-Word’.

This is how free speech dies, or at least contracts the illness that will kill it eventually. The right to stand up and to make your opinion heard, whether that in person, print, or online, is not only one that you should hold absolutely for yourself and regard as non-negotiable (no one, from risible student politicians to the minds behind Leveson 2, who wants to restrict your free speech has your best interests in mind) but, in order for it work, you must defend it for others – even though it might be hard, unpleasant, or just plain nauseating.

This is where “gammon” man (surely a delicious, if ineffective superhero in the making?) makes his mistake and undermines himself.

By practising the Orwellian double-think of holding both “it’s my free speech” and “calling me “Gammon” is racist” in the same head they show that they understand neither racism nor free speech and, until they do, the rest of us are unable to take him seriously. Until this lesson is learned “gammon” remains only really palatable in a decent gastropub and nowhere else.