The UK public is yet to fully embrace Meghan Markle whose popularity is currently equal only to the least loved figure at the front of the royal household, the heir to the throne Prince Charles, new polling suggests.

Half of those asked also disagreed with Markle’s decision to give up her career on her marriage, saying she should have continued her work alongside her royal duties.

The survey of more than 1,600 adults in the UK, and 2,000 in the US, conducted exclusively for HuffPost by YouGov, found that the scale of hysteria in the global media, which is dominating front pages around the world, is not quite matched in either country. Some 30% of UK adults expressed an interest in this weekend’s nuptials and 28% of Americans.

Asked to name their favourite person out of the most prominent royals and Meghan Markle, only 2% in the UK named Markle – equal to the 2% who named the future king Prince Charles. However, the heir to the throne has been in the public eye for all of his 69 years, while Markle has had just a few months to endear herself to Brits.

The Queen, who in June will have reigned for 65 years, is the most popular with her subjects followed by Prince Harry at 18%.

Overall, 70% of people in the UK said they were either not at all interested (39%) or not very interested (31%) in the upcoming festivities generally, with men considerably less keen than women. Just over half (52%) said they were not interested at all, compared to just over a quarter (27%) of females.

Brits at either end of the age scale are the most likely to look on the wedding favourably, with 31% of 18-29-year-olds and 37% of over 65s confirming they were either very interested or somewhat interested.

Americans painted a broadly similar picture, with 71% of respondents in Meghan Markle’s home country – of all sexes and creeds surveyed – reporting little to no interest in her major life event.

Those most likely to tune in from across the pond on Saturday are the over-45s, with around a third suggesting at least some level of curiosity.

The polling data gives a fascinating insight into the generational shift in attitudes towards the royals, and how opinions stack up along political lines reflected in people’s voting habits at the general election and in the EU referendum.

In total, 55% of Brits think the existence of the monarchy is largely positive, but the views of 18-30-year-olds (where 37% agree it’s a good thing) differ widely from those of their grandparents (nearly three quarters of over 65s support the royals).

Perhaps unsurprisingly under the stewardship of Jeremy Corbyn – who has said he believes the monarch should be replaced by a head of state after the death of the Queen – Labour voters are the least likely to pay close attention to the happy couple, with 45% saying they were not at all interested in the wedding. 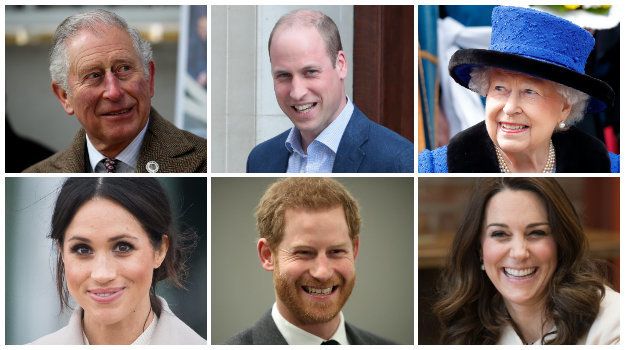 And for the first time since June 2016, Leave and Remain voters stand largely united.  Of those who backed Brexit, just 31% said they were looking forward to Harry and Meghan’s nuptials, as did 34% of Remainers. However, more than half of Leavers believe the royals are good role models, while exactly half of their political rivals said they were neither good nor bad.

Across the Atlantic, Trump supporters will be largely unmoved by Saturday’s goings-on in Windsor, with 50% saying they are not at all interested and just 18% agreeing it is “largely a good thing” for the UK to have a monarchy.

Nearly half of those who voted for Hillary Clinton two years ago believe Markle should have kept up her acting career and more than half believe she will be neither a good nor bad role model as a royal.

Younger women in particular in both the UK (well over half of those aged between 18 and 45) and US (between 30% and 40%) felt strongly that women marrying into the royal family should continue to pursue their own lines of work – which could be a way for Meghan Markle to boost her popularity should she change her mind.