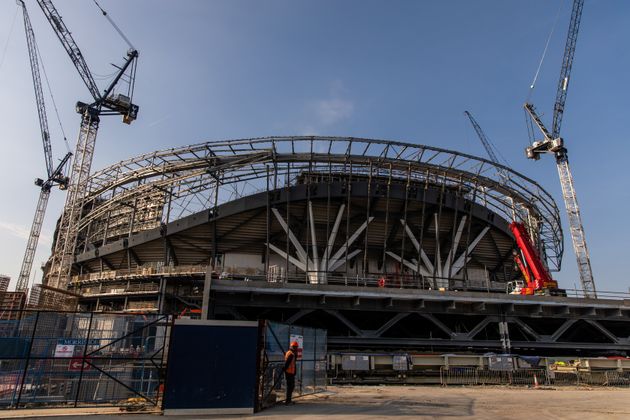 Football means the same to me as any other fan: it’s normal, everyday life. It’s just what everyone else does.

I got into football when I was a kid because I loved watching Gary Lineker. I had already been to some local matches, but he got me into Spurs. Twenty five years later, I’m still going.

But as the years have passed, so has my ability to get around the stadium. I have a progressive condition called spinal muscular atrophy (SMA) Type 3, which has gradually reduced my mobility. When I first attended matches I would walk to a seat. Later, it was tricky to get down aisles, and so the club arranged for me to have an aisle seat. I can still walk a bit but I do need a wheelchair now, so I have a space in the wheelchair stands.

What hasn’t changed is that I love the atmosphere and the feeling of being one big happy family. I’ve met loads of supporters over the years and I look forward to travelling to the game with them, meeting up with people before the game and settling in for 90 minutes.

And what matters to me is being able to join in match day with everyone else. Before at White Hart Lane stadium, I would have to sit away from my friends, and away from a lot of the hubbub of match day – there was a separate concession stand, for example. A lot of people don’t want to be in the crowds and so it’s ideal for them, but I want the choice to be able to be among the crowds and have the experience I used to have.

Spurs played at Wembley this season while Tottenham have a new stadium built, and Wembley’s design means you can mix with your friends however you want and also have a great view even when fans stand up in front of you. I’m looking forward to when the new stadium opens, and having this same experience replicated there.

That is in part because the club made sure to speak with disabled people to understand what they want. It helps find problems that people without disabilities wouldn’t think of. For example, the original plans for the new stadium shop put in an entrance which would involve cutting across the rush of people getting in and out of the stadium – not ideal. But after we saw the plans, we could feed back on what changes need to happen. It’s what other clubs who haven’t fully sorted their stadiums need to do.

While there’s a lot of work to be done at UK clubs, I have been to a lot of matches in other countries and we are in many ways ahead of the game. I went to Real Madrid this season, one of the richest clubs in the world. Yet the ticket office had no wheelchair access, there were only around 30 wheelchair bays for the massive stadium, the concession stand was downstairs and you could only do a quarter of the stadium tour. In the new plans for Tottenham, you can’t just take part in the tour; the skywalk over the stadium should be wheelchair accessible. That’s a world of difference. Where improvements have been made, clubs in the UK deserve praise.

But my experiences also show that clubs will only make changes if people engage with them. It’s only been the last two or three seasons that I have got involved with my club on accessibility, but I now know people at Tottenham, so that I can contact them rather than just complaining. If the fans need to say something, then the clubs will do something.

Premier League clubs aren’t short of cash and the old excuses for not opening up access for disabled fans don’t wash any more. But, by working with disabled supporters, they can make the changes needed.