We’ve heard about the moment they fell in love, the proposal, the cake and the ways family will be involved in the big day. Now, all that’s left to do is see the dress and celebrate. But this is not Prince Harry and Meghan Markle’s wedding – we’re talking about six equally fabulous couples who are getting hitched on May 19.

For the past three months, HuffPost UK has been following the people who inadvertently picked a rather popular day to tie the knot. ‘Not The Royal Wedding’ has followed the highs and lows of real life relationships, culminating in a celebration of love and marriage across Great Britain. We can’t wait to see them all get married on Saturday!

Missed an instalment of their stories? With just over a week to go, here’s everything you need to know about the couples to get on the hype train. Or you can catch up with the whole series from the beginning here. 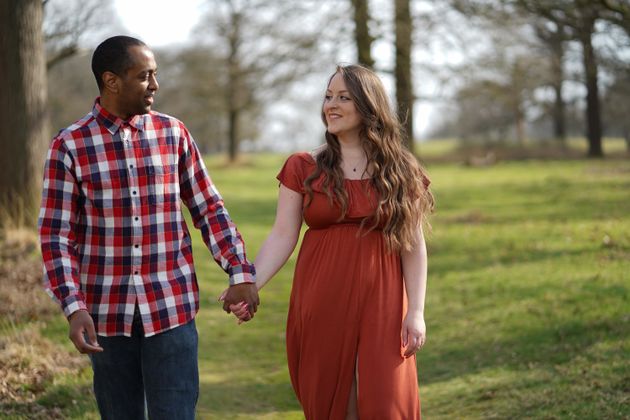 Alexia Zetty, 27, and Michael Yunus, 31, met at the Notting Hill Carnival in 2013, so it’s fitting their London hotel wedding will have a party vibe celebrating their diverse roots. Guests can expect the couple to make a grand entrance to drums – a nod to Mike’s Eritrean heritage – and will be spoiled with a feast complete with homemade walnut baklava, made by Alexia’s Greek mum.

So far their wedding preparations are all going to plan – unlike Mike’s proposal. During a holiday to the Alps, the groom-to-be decided to pop the question as the pair stood on their chalet balcony. If only he had kept a firmer grip on the ring, which escaped his fingers and landed in a drain. “My heart sank, I spent a good five minutes having a panic attack while trying to get it out,” he recalled.

After pulling the drain apart, he managed to retrieve the band and the couple now laugh about the near-disaster. Needless to say, Alexia’s ring has been glued firmly to her finger ever since. 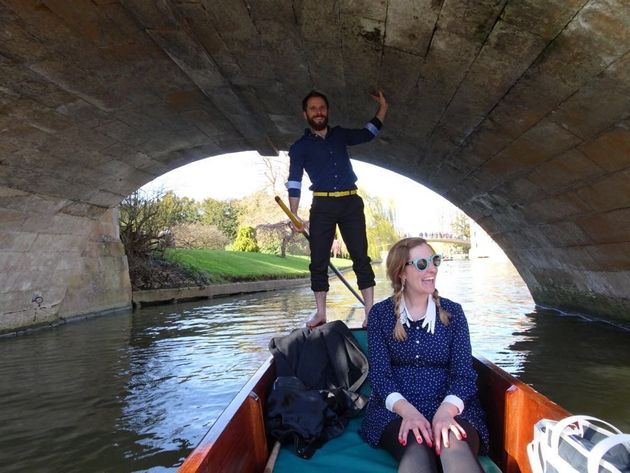 Jo Want, 33, and Will Tarran, 35, will be celebrating with a humanist, festival-style wedding in a tipi in Cambridge. Friends and family will play a big part in their day; Will has asked his twin brother to be his best man, while Jo’s entire family will walk with her down the aisle – “they all get to make sure I go,” she joked. Loved ones have also been invited to deliver readings during the ceremony, although the couple have no idea who has signed up or what they will say, making it a “nice surprise” for them on the day.

We can’t wait to see the final photos of their colourful homemade decorations. Jo has been busy making handmade pompoms and stationery while her equally creative parents have made lawn games including a giant noughts and crosses set and a coconut shy. Fingers crossed for dry weather!

The nature-loving pair, both originally from Nottingham, are having a mini-moon and a honeymoon. They’re starting off in a campervan in the Cotswolds and the Brecon Beacons before their main trip, which begins in Disneyland Paris “something Jo’s always wanted to do” and ends on the French island La Réunion, complete with beaches, volcanoes and jungles. 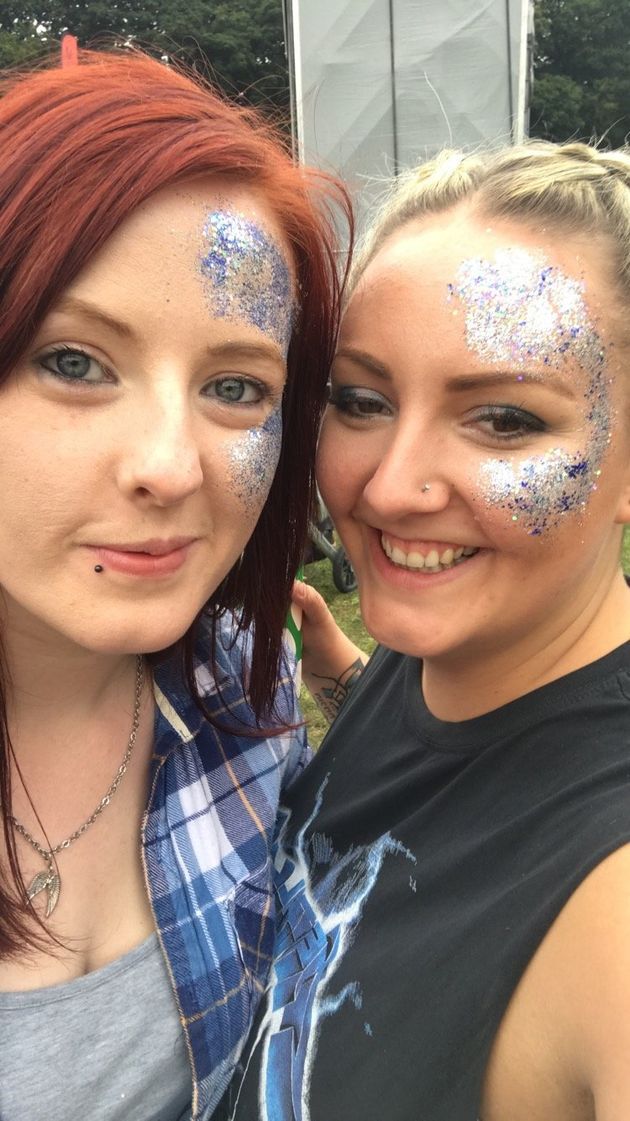 Emma Tretton, 26, and Rachel Sutton, 27, are proof the path of true love never did run smooth. The couple, who live near Skipton, first got together at university, then broke up for a year before realising that they were meant to be.

The pair officially rekindled their relationship shortly after Emma’s nan died – she knew Rachel was the one to help her through it. They’ll remember Emma’s nan on their big day with a touching homemade “memory ladder”, which they will fill with flowers and a photograph. “We’re marrying on the anniversary of her death,”  Emma explained. “It may sound morbid but I wanted to feel like she was there and make a day full of sad memories into something more positive.”

Despite not planning their dresses together, the pair have both gone for white frocks with corset backs. Coincidently, their friendship groups also each picked Leeds as their hen do destinations. Emma (sensibly!) didn’t want to spill all the beans on the specifics of her drunken night out, although she did mention that her cousin fell off stage during an interval at a cabaret. 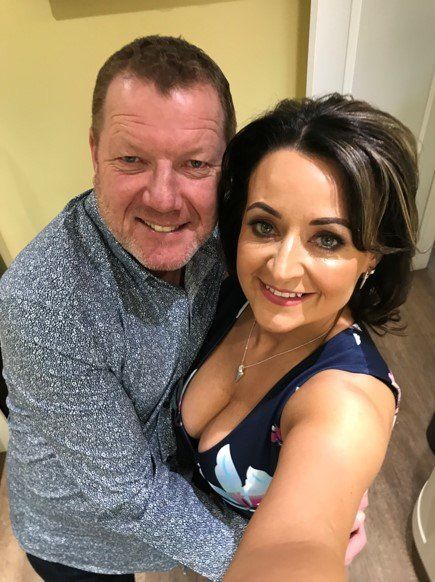 We doubt there will be a dry eye in the house when Julie Spencer, 48, marries Gary Miller, 50. The bride will be walked down the aisle by her dad, 86, who missed her first wedding due to a serious illness; her first dance will also be with her dad – to her late mum’s favourite song ‘Love Is Here To Stay’ by Frank Sinatra – before Gary takes over.

The couple also had an emotional – and eventful – engagement. Gary organised a surprise helicopter trip to fly Julie over the prominent places in her life including her childhood home and school. He then asked the pilot to hover over Julie’s mum’s spot in the crematorium. Gary told her: “I’ve asked your dad, but I still need to ask your mum, and this is the closest place between heaven and earth”, then he asked Julie to marry him. Unfortunately, he hadn’t taken Julie’s travel sickness into account and the bride-to-be was distracted with trying not to vomit during the poignant moment!

Julie’s recent hen-do in Liverpool was far more smooth sailing, although she did, somehow, become involved in an on-stage tuba-blowing contest… 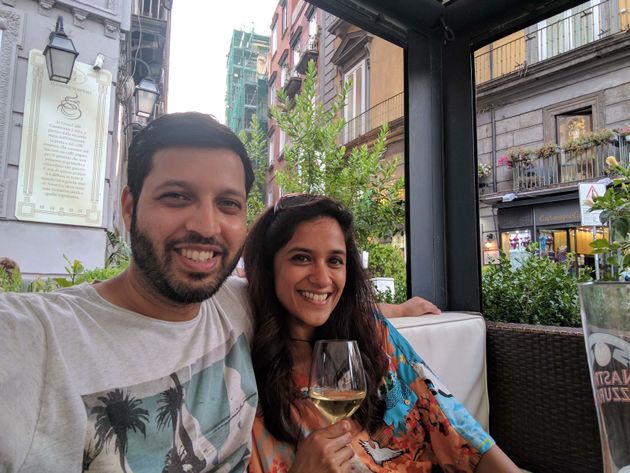 It was third time lucky for Shailesh Patel, 35, and Monica Chauhan, 33, who had a few false starts to their relationship. While Shailesh had an unrequited schoolboy crush on Monica, she wasn’t ready to commit until 2015. Thankfully, the couple now laugh about her “indecisive” nature. “I couldn’t believe I’d been on this search to find someone who was actually already in my life,” Monica said.

The pair will have not one, but two weddings this year; the first will be an intimate “white wedding” taking place in Oxfordshire on 19 May, while the second elaborate Indian wedding will take place later in the summer. Monica is looking forward to wearing two completely different dresses. Her red dress for the Indian wedding is “more glamorous and elaborate with all the accessories”, while she tried on around 40 simple white dresses before finding The One.

Unsurprisingly, the pair have struggled to find time to plan a honeymoon with two weddings to organise, but “the floating huts in the crystal clear waters in the Maldives” are currently top of their wish list. Sounds dreamy. 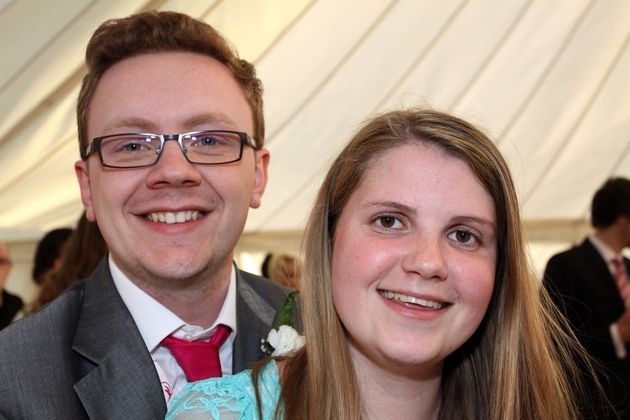 Childhood sweethearts Dafydd Thomas, 23, and Ceri Evans, 22, are the youngest couple in our series getting married on the 19 May. The pair, who are both Welsh and now live in Telford, were just teenagers when they met in school, back in 2010. “I couldn’t say then that I knew I was going to marry her, but I really liked her,” Dafydd said. N’aww.

They’ll tie the knot in a small chapel in west Wales, and their ceremony will be in Welsh. Ceri, who doesn’t like being the centre of attention, has tried to keep proceedings as fuss-free as possible. The pair have decided not to have a traditional gift list, saying it would feel “too awkward” and instead, have left guests to their own devices.

Once the wedding is over, they’ll jet off to Playa del Carmen in Mexico, a destination recommended by Ceri’s parents, who have visited the resort twice. We’re sure the newlyweds will love it just as much.