If you’re scrolling on your phone past 10pm at night, you might be heightening your risk of mood disorders.

A new study by the University of Glasgow has found a disrupted 24-hour body clock, typically caused by things like checking Facebook at midnight or getting up to make a cup of tea in the middle of the night, could increase your risk of depression and bipolar disorder. It was also associated with decreased happiness and health satisfaction, and a higher risk of reporting loneliness. 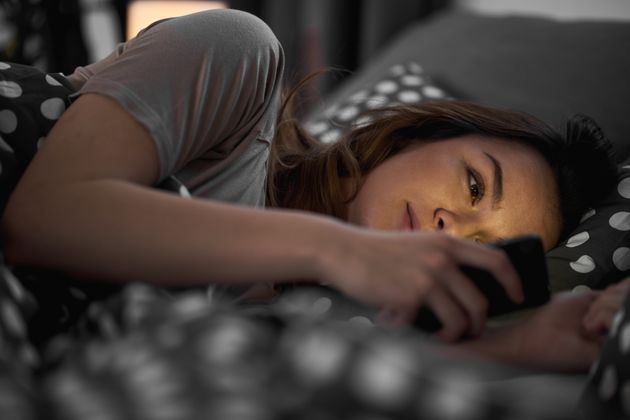 Circadian rhythms are variations in physiology and behaviour that recur every 24-hours, such as the sleep-wake cycle and daily patterns of hormone release. They occur in plants, animals and throughout biology, and are fundamental for maintaining health in humans, particularly mental health and wellbeing.

Professor Daniel Smith, Professor of Psychiatry and senior author on the study, told The Times a 10pm cut-off with technology would give the average adult time to wind down properly before sleeping, therefore giving them the chance to establish a regular sleeping pattern.

Interestingly it’s not just disrupted sleep that can upset the fine balance of your circadian rhythm, it’s also important to be active during the day and inactive at night – so that evening gym session probably isn’t for the best.

“Especially in the winter, making sure you get out in the morning in the fresh air is just as important in getting a good night’s sleep as not being on your mobile phone,” said Smith. “Benjamin Franklin said that ‘early to bed and early to rise makes a man, healthy, wealthy and wise’. There’s a lot of truth in that.”

Previous studies have identified associations between disrupted circadian rhythms and poor mental health, but these were on relatively small samples.

For the latest study, researchers analysed activity data on 91,105 people to measure their daily rest-activity rhythms (also known as relative amplitude). Those with lower relative amplitude were at greater risk of mental health problems regardless of age, sex, lifestyle, education and previous childhood trauma.

Prof Smith said this study is important on a global scale because “more and more people are living in urban environments that are known to increase risk of circadian disruption and, by extension, adverse mental health outcomes”.