Yanny or laurel? It’s a question that has divided the internet in a way not seen since the dress made us all question our own concept of reality.

Why is it that some of us are certain that it’s yanny that’s being uttered in that mechanically dead voice, and yet others are ready to put their reputations on the line for laurel?

What do you hear?! Yanny or Laurel pic.twitter.com/jvHhCbMc8I

To try and understand what was going on we spoke to Professor Valerie Hazan a speech, hearing and phonetic sciences expert from University College London.

The first thing you’ll be pleased to know is that she was initially as baffled as the rest of us.

“My own experience is that this morning I could hear 110% Yanny and now, on the same iPad and also via Twitter, I am hearing 110% Laurel so the explanation is not as simple as a change in loudspeaker/headphone.” she writes.

Instead Professor Hazan believes it could be down to the frequencies at which the clip is being played.

“My current take is this…speech is decoded by the ear as a set of patterns (acoustic patterns which become patterns of neural excitation in the cochlea).” She explains.

“Particular patterns at particular frequencies would tell us what vowel we are hearing or what consonant (i.e. whether a ‘r’ or a ‘n’) and the way these patterns change in time also give us information about the sounds we are hearing.” 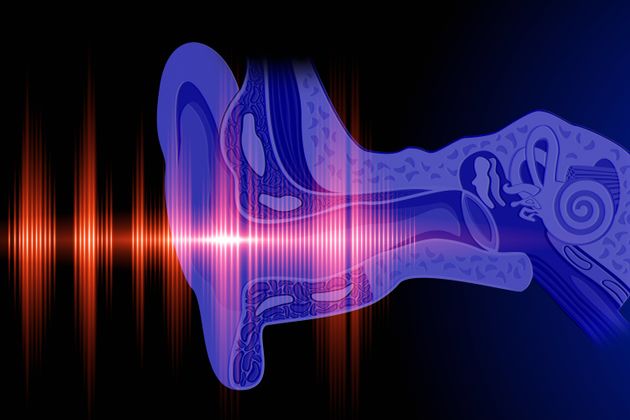 Having analysed the clip Professor Hazan found that the patterns in the middle of the word had been made particularly ambiguous, making it harder for our brains to decide on which word it’s actually hearing.

So in essence, while we’re all hearing the same start to the word, our brains go down different paths halfway through and end up settling on either yanny or laurel.

Why? Well the technical answer is the frequency at which the patterns are being played.

“I think that what is happening is that if we hone in to an acoustic pattern which is around 3000 Hz and follow that though the word, we are going to perceive ‘Yanny’ because an acoustic pattern at 3000 Hz is one of the markers of the ‘y’ and ‘I’ sounds.” she explains.

“If however, our ear and brain hone into another acoustic pattern in the sound which is around 1000 Hz in this recording and track that through the word, then you are likely to perceive ‘Laurel’ as this is a frequency that could cue an important component of the ‘o’ sound.”

If that wasn’t bad enough, Prof Hazan also points out that there are two other very important reasons why we could be hearing completely different words.

“The reason that the illusion may vary according to how it is played can be because some speakers or headphones can boost the low or high frequencies favouring one or the other perception,” she writes. “But the reason that a person can see their perception switch without explanation may also mean that our ears and brain have latched on to the other acoustic pattern than the one they were previously latching on to.”

So there you have it. So not only has the track itself been created to be particularly hard to define, but the device you play it on could also completely change the way you hear it. Finally, your own brain could then suddenly decide to latch on to just one of them, which is why some of us can only hear one and others could hear both.