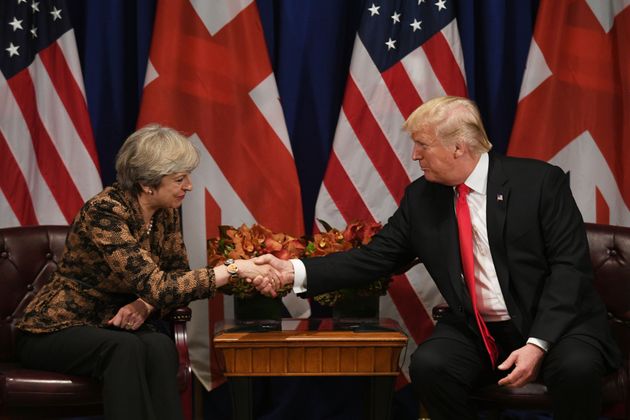 British business should not bank on the prospect of a US-UK Free Trade Agreement. While it might be a great idea, our latest Harvard research – published today – suggests such an agreement is not going to happen any time soon, and that any gains will be very hard to realise.

Ever since the Brexit referendum, the British Government has positioned the opportunity to negotiate an FTA with the US as one of the significant upsides of leaving the EU and a key reason why Brexit must include departure from the Customs Union. Roughly half of Britain’s exports to non-EU countries (or countries with which the EU already has an FTA) go to the US, dwarfing the importance of any other individual market.

Encouragingly, President Trump has declared his enthusiasm for doing such a deal. But that does not mean it will happen quickly. Most components of a potential US-UK trade deal are dependent on the terms of the future trading relationship between the UK and the EU which must be concluded first. Moreover, the US takes an average of 45 months to negotiate bilateral trade agreements.

And Trump’s recently aggressive and “mercantilist” approach to trade raises questions about US enthusiasm for negotiating any trade deal. Unless, that is, such a deal is demonstrably to the advantage of US companies and puts ‘America First’.

Our conversations with senior trade negotiators in the Office of the US Trade Representative reveal that, when talks finally begin, removing or sharply reducing tariffs on agricultural products will be a key US objective. But while consumers would certainly see lower prices from such a deal, opening the UK market to much cheaper US food, produced under what are perceived to be lower health and environmental standards, could destroy large parts of British farming and face intense consumer resistance.

It is US demands on non-tariff and regulatory issues that will be most politically contentious. US ‘asks’ are likely to include relaxation of regulations on labelling, food safety, use of genetically-modified organisms (“GMOs”) and privacy protection in the digital arena, plus greater access for US healthcare providers to the UK market.

Such demands will almost certainly spark strong public opposition in the UK, illustrated by the already intense concern about possible imports of “chlorine-washed chicken”, and widespread hostility towards anything that is seen to undermine the universal “free at the point of access” characteristics of the NHS.

Moreover, the UK can only negotiate beneficial reductions in non-tariff barriers by harmonising regulations and standards with the US and accepting greater regulatory divergence with the EU, which raises costs for British businesses and makes managing the Northern Ireland border more complicated.

Most of the potential upside for UK business from a US deal arises in service sectors where UK institutions have particular strengths, such as education, financial services and the creative industries. But these are the very areas where the US was reluctant to make any concessions during the recent failed attempt to negotiate a US-EU deal. It is unclear why the US would be prepared to concede more in a purely US-UK deal where the potential gains for US businesses are much smaller.

As one senior UK Government Official put it to us, “Personally, I am very doubtful about the ability of both governments to work through the domestic politics and political challenges of this deal.” In the words of a senior US trade negotiator, “it is unclear how much more there is realistically to gain.”

Our analysis suggests it is simply a fantasy to believe that Britain stands to make significant gains from negotiating a Free Trade Agreement with the US. If the price of doing such a deal is leaving a customs union with the UK’s main trading partner, then that looks set to be a very bad deal for British business.

Ed Balls and Peter Sands are Research Fellows at the Mossavar-Rahmani Center for Business and Government at Harvard’s Kennedy School of Government.

Their latest Brexit working paper – which they co-authored with Mehek Sethi, Eleanor Hallam, Sebastian Leape and Nyasha Weingberg – can be read here