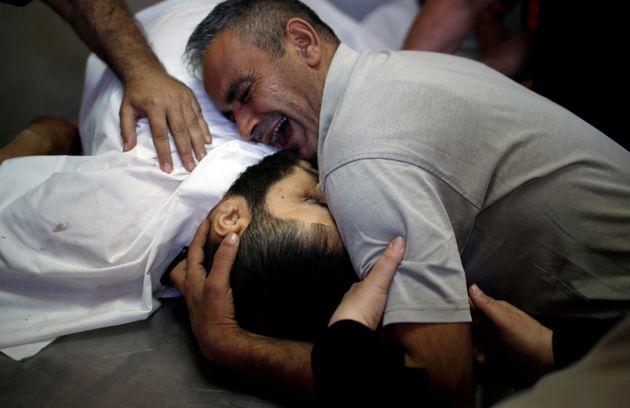 The funerals of dozens of Palestinians are taking place after the bloodiest day in Gaza since 2014. At least 60 people, including an eight-month-old baby, were killed when Israeli troops opened fire with live ammunition and tear gas along the Gaza-Israel border.

Tensions are still running high and more violence is expected today on the final day of the Palestinian protest campaign.

Why Palestinians are protesting right now

Violence in Israel and the Palestinian Territories is nothing new: since the creation of the Israeli state in 1948 the populations of both have laid claim to the same stretch of land, and a peaceful political solution remains elusive.

The last major confrontation was in 2014 when Israel, ostensibly to stop the firing of rockets by militants in Gaza, launched Operation Protective Edge. The 50-day conflict resulted in the deaths of 2,251 Palestinians including 1,462 civilians and 73 Israelis – six of whom were civilians.

More than 2 million people now live in the narrow Gaza Strip, which is currently under blockade by Egypt and Israel and suffering a humanitarian crisis.

While the focus of the Palestinian demonstrations this week have been linked to the moving of the US Embassy from Tel Aviv to Jerusalem (more on that later), they are actually part of a longer six-week campaign called The Great March of Return, which highlights calls for refugees to have the right of return to their former lands, which now lie inside Israel.

Tuesday marks the “Nakba”, or “Catastrophe”, the day Palestinians lament the creation of Israel in 1948, when hundreds of thousands of Palestinians fled or were driven from their homes, culminating in war between the newly created Jewish state and its Arab neighbours.

Palestinian medical officials say that 104 Gazans have been killed since the start of the protests in March, and nearly 11,000 people wounded, about 3,500 of them hit by live fire. No Israeli casualties have yet been reported. 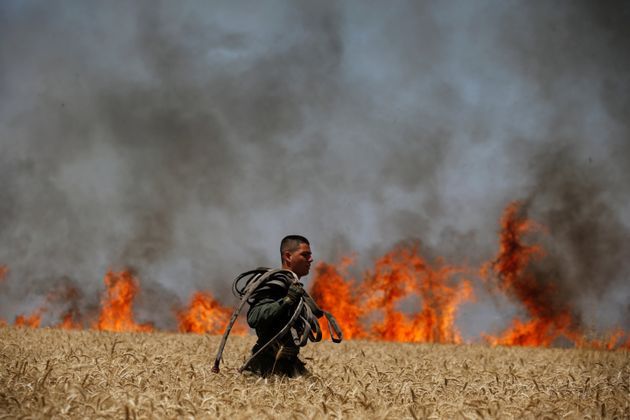 What Does it Have To Do With The US Embassy?

Jerusalem is claimed as the official capital of both Israel and Palestine. The Palestinian claim is recognised by 136 of the 193 member states of the United Nations. The USA and the UK are among those who have not recognised it.

The Israeli claim is also disputed, with most countries agreeing it should have an international status administered by the UN.

Most countries say the status of Jerusalem – a sacred city to Jews, Muslims and Christians – should be determined in a final peace settlement and that moving embassies there now would prejudge any such deal.

Wary of the sensitive nature of the competing claims to Jerusalem, the global community has generally opted for Tel Aviv instead.

Donald Trump has had no such qualms, and announced in December that the USA would officially recognise Jerusalem as the capital of Israel and move its embassy there.

Israeli Prime Minister, Benjamin Netanyahu, praised Trump’s decisions but Palestinians have said the United States can no longer serve as an honest broker in any peace process

Talks aimed a finding a two-state solution to the conflict have been frozen since 2014. 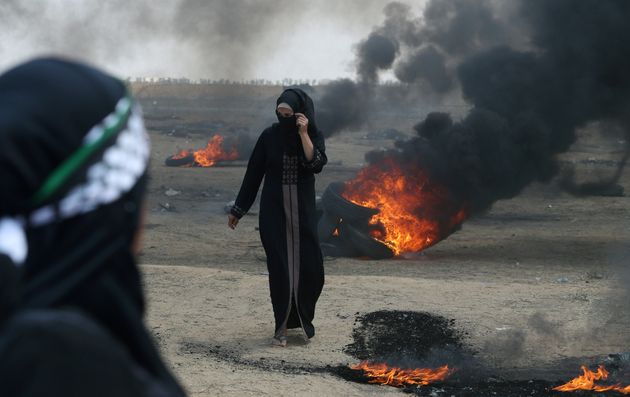 Why Are People Dying?

Both sides are blaming each other for the violence: Israel insists the protests are a threat to national security but Palestinians insist they are just protesting peacefully.

Maha Shahwan, a Palestinian journalist who lives in Gaza, told HuffPost UK: “Palestinians in the Gaza Strip protest peacefully in order to gain their stolen rights yet Israeli soldiers kill them even though they just want the most basic rights.

“They have been living for 12 years in a siege with high unemployment, poverty and low wages. They want to live in dignity and do not want to die but Gazans have nothing to lose.”

Israel, backed by the US, has blamed Hamas for stoking the violence.

Hamas is the de facto governing authority in Gaza (the Palestinian Authority is in charge of the West Bank) since winning democratic elections in 2006.

Most Western nations refused to recognise the result as they deem the group a terrorist organisation.

A senior Hamas leader, Khalil Al-Hayya, told Reuters at a border encampment that Monday’s protest was timed to coincide with the “deplorable crime of moving the US Embassy to Jerusalem”.

He added: “Our people went out today to respond to this new Zionist-American aggression, and to draw by their blood the map of their return.”

“Today is the big day when we will cross the fence and tell Israel and the world we will not accept being occupied forever,” said Gaza science teacher Ali, who declined to give his last name.

Clouds of black smoke from tyres set alight by demonstrators rose in the air. Demonstrators, some armed with slingshots, hurled stones at the Israeli security forces. Israel responded with live ammunition and tear gas.

White House spokesman Raj Shah said on Monday: “The responsibility for these tragic deaths rests squarely with Hamas. Hamas is intentionally and cynically provoking this response.”

Yesterday was a shameful day. Yes, Hamas exploited – even organised – much of the protests. Yes, no one would have been killed if they’d not been charging at the border.
But no one can tell me that the correct response was to fire live ammunition at unarmed Palestinians.