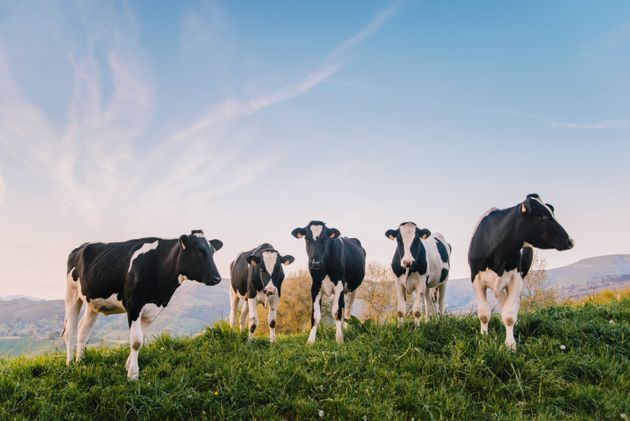 Being vegan is so fetch right now (no, I will not stop trying to make fetch happen). According to a recent survey by comparethemarket.com, 3.5 million of us in the UK identify as vegan, including myself. People lead a vegan life for a number of reasons including objection to killing animals, exploiting them for human gain, environmental concerns surrounding eating animal products, or the potential health benefits.

I personally became vegan because of the diminished environmental impact a vegan diet has compared to others. I can’t really remember exactly when I made the switch from being an/off vegetarian for many years to veganism, but it was sometime in 2017 after a drunken conversation in a pub, and it has been great. A plant-based diet has meant that I have had to be more inventive in my cooking; I’ve been forced to try different foods and I have felt less sluggish and dozy. It’s not been all plain sailing, eating out can be a bit annoying and my parents still baulk at the thought of soy milk, but other than that, I have absolutely no complaint. I don’t have any particular objection to people eating meat or using animal products personally, I just know that for me being vegan has been a very positive choice in my life. But don’t worry, I’m not going to try and convert you. We each have to make our own decisions about what is best for us in life.

I think that the reasons for people choosing veganism are often rooted in compassion, either for other animals, or for the welfare of the planet more broadly. If you feel that killing animals is abhorrent or cruel then it is both a logical and caring choice to not do that. For those that take issue with animals being treated cruelly and forced to produce food or other material for people to eat or wear then clearly avoiding animal products is the way forward. Similarly, if you are concerned about climate change, ceasing eating foods that are notable contributors to greenhouse gas emissions is an excellent choice. So is advocating the benefits of those choices and trying to explain to others the benefits of a vegan lifestyle and the implications of their choices.

However, just because someone is not vegan does not mean they are not compassionate or do not care about animal cruelty or the state of the planet. We all have issues that are more important to us, or different ways of addressing the same issues. If being vegan is, on some level, a kind choice to animals then surely that same kindness should be extended to humans (who are also animals!). If you believe animals deserve the same care as humans, then it has to go both ways. It is for this reason that my mind boggles when vegans are aggressive towards those who do not share their values, such as in the recent case of a vegan woman who was publicly shamed by a man because she bought a child an ice-cream!

I appreciate that most people, vegans included, thought that the behaviour of the man in question was ridiculous, but even so I think these kinds of actions are worth considering for a second. Just because you have made a lifestyle choice that may make you feel like you are ‘in the right’, this does not give you permission to behave callously towards anyone or anything else. More than this, if you are trying to convince someone of your point of view, berating them or making them feel anger towards you is hardly the best way to go about it.

Ultimately, vegans do not hold the moral high-ground over everyone else. We’re all people, and people are complex. Even if you feel that killing an animal is morally equivalent to killing a person, you still don’t have a right to abuse a person who believes something different. Surely the best way to change someone’s mind is to engage with them as an equal, with compassion and empathy? And, if you really do want to convince someone to be vegan, or even be a better vegan, then maybe don’t publicly shame them, maybe buy them a seitan burger and have a lovely discussion about the environmental impact of bovine flatulence. After all, isn’t being vegan about trying to be nicer to animals, including humans?