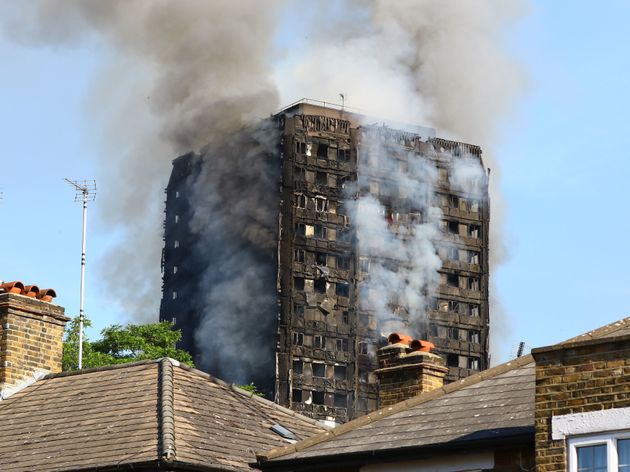 The fridge-freezer at the centre of the Grenfell Tower fire which killed 71 people does not need to be recalled, an official investigation has ruled.

The Hotpoint FF175B model, which was located in a flat on the fourth floor, was identified by the Metropolitan Police as the source of the June 14 blaze.

Just days after flames engulfed the 24-storey tower, the government ordered an immediate examination of the model by technical experts. Findings released on Tuesday reveal that consumers can continue using the product as normal.

Experts concluded that the FF175B product and its appliances met legal safety requirements and that the risk associated with the model is assessed as low.

The government said that the results of the investigation have been shared with the police, the Grenfell Inquiry and residents of the tower.

John Loughhead, the Department for Business, Energy and Industrial Strategy (BEIS) chief scientific adviser, who chaired a panel that considered the technical investigation, said: “Having considered the robust technical investigation, I support its conclusion that no product recall or other corrective action is required, and that people who own this particular model can continue to use it as normal.”

The government said that the manufacturer of the product, Whirlpool, has co-operated with the investigation and has conducted its own analysis of the model, in line with their legal obligations.

However, while the source of the fire was identified as the fridge-freezer, other elements which may have contributed to the blaze are yet to be investigated.

Consumer advisors Which? said the UK safety standards were “inadequate” when it comes to plastic-backed fridges.

Peter Vicary-Smith, chief executive of Which?, said:” Therefore meeting these standards is insufficient protection for consumers. Our tests show that plastic-backed fridges are a potential fire risk and should be withdrawn from sale. Whirlpool must urgently clarify if this model had this type of flammable backing.”

There are currently growing calls among Grenfell survivors and campaigners for the cladding used on the tower, which was added as part of a refurbishment in 2016 and is thought to have greatly accelerated the spread of the fire, to be removed from other tower blocks across the capital.

A report into building regulations and fire safety has been commissioned by the government and is expected to be published later this month.

People concerned about product safety can call the Citizens Advice consumer service line on 03454 04 05 06. The government website on product recalls can be found at www.gov.uk/productrecall.