Kristen Stewart showed off her red soles at Cannes seemingly as an act of rebellion against rules that require women to wear heels to screenings.

The actor took off her Christian Louboutin stilettos and walked across the rained upon red carpet at the premiere of Spike Lee’s ‘Blackkklansman’ on 14 May. 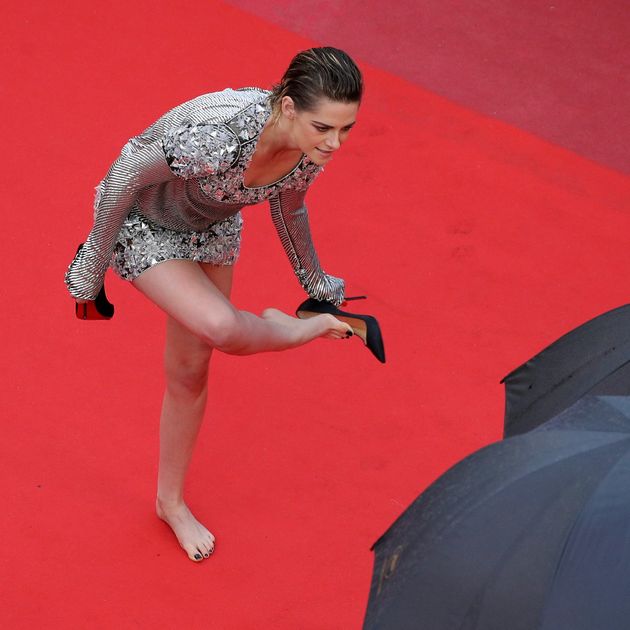 This isn’t the first time Stewart has taken a stand (literally) against the dress code.

‘Heelgate’ began in 2015 when 50 women were not allowed to watch ‘Carol’ because  they weren’t wearing heels. 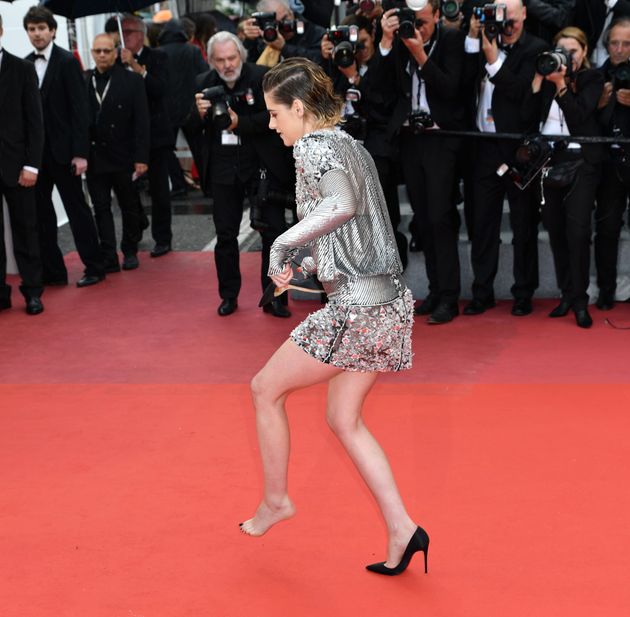 Then in 2016, Stewart made a statement by wearing flats and Julia Roberts walked the red carpet barefoot. 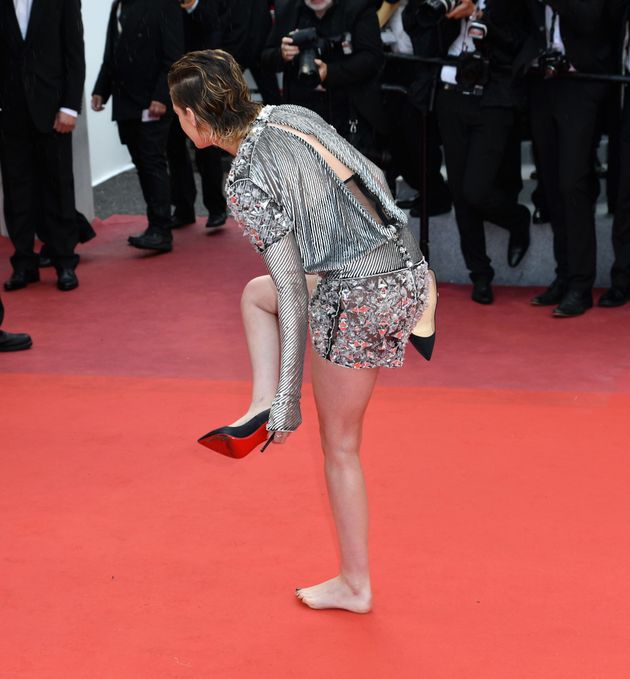 [See Also: Why I Wore Flats On The Red Carpet In Cannes] 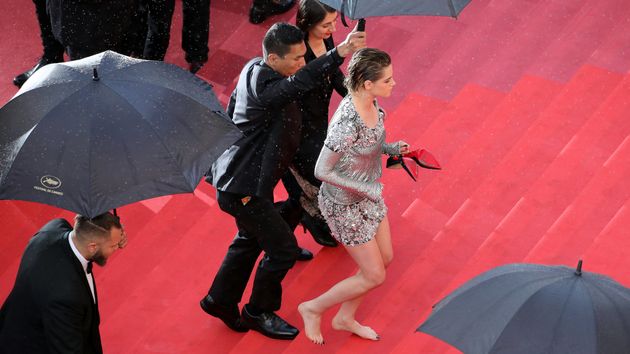 When speaking out about this issue in 2016 Stewart told Indiewire “things have to change immediately. It has become really obvious that if [a man and I] were walking the red carpet together and someone stopped me and said, ‘Excuse me, young lady, you’re not wearing heels. You cannot come in.’ Then [I’m going to say], ‘Neither is my friend. Does he have to wear heels?’ It can work both ways”. 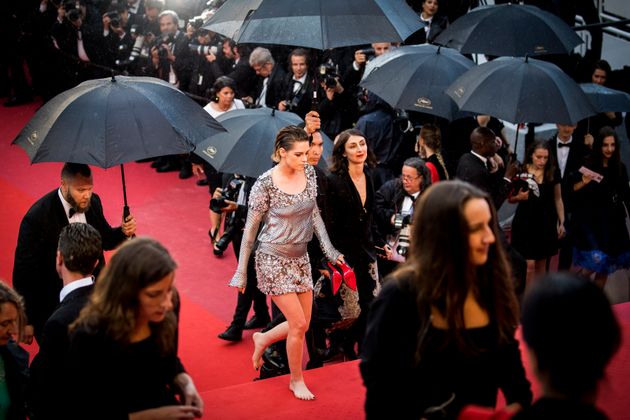 Many on Twitter applauded Stewart for going barefoot this year.

Good on Kirsten Stewart for barefooting it on the red carpet at Cannes. The heels only rule for women is stupid; I would rock up in sparkly creepers instead.

This "no flats – only heels" rule is absolutely ridiculous.