Almost half a million women are facing yet another hurdle after being affected by a devastating breast cancer screening error, which meant they weren’t invited for breast screening from 2009-2018.

A letter to the Government from Breast Cancer Now, radiographers and radiologists, seen by HuffPost, states: “We are extremely concerned that the breast screening workforce does not have the capacity to absorb such a crisis.”

A mammography workforce survey from 2017 identified that the number of radiographers and assistant practitioners required to conduct breast screening alone is 1,109 full-time employees, however there is a shortfall of 215 employees.

Health Secretary Jeremy Hunt promised that all women affected under the age of 72 would be offered a catch-up screening appointment within six months, however in order to uphold this commitment there will need to be extra evening and weekend clinics across the country, run by screening staff “already stretched beyond the limit”. 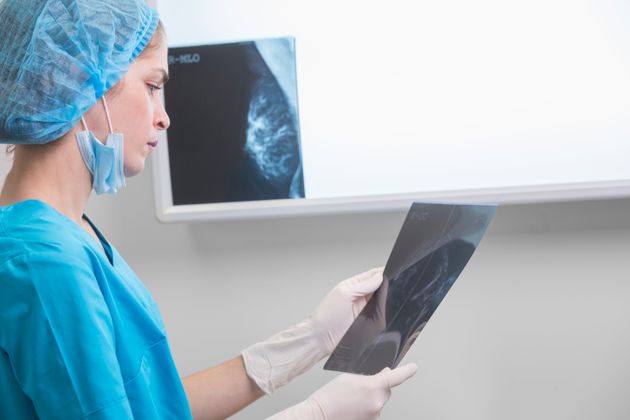 This is the latest in a string of failings since details of the error were revealed in the House of Commons. At the time, Hunt revealed an estimated 450,000 women around the age of 70 were not invited to final screenings between 2009 and 2018, admitting that between 135 and 270 women might have had their lives shortened as a result.

After news broke, a helpline was set up by Public Health England (PHE) to ease people’s concerns and answer questions – however it was flooded with calls, receiving 10,000 in as little as two days, which meant some women were unable to get through and were forced to turn to charities for support.

Women aged 70-72 years old should have already received letters notifying them that they need to attend screening, while those aged 72-79 will receive their letters before the end of May. However, The Royal College of Radiologists, the Society of Radiographers and Breast Cancer Now have warned that the breast screening workforce does not have the capacity to absorb the thousands of catch-up mammograms required.

In a letter, they said the screening workforce does not have capacity to cope with the extra workload of catch-up screening on top of maintaining routine screening for those aged 50-70. They urged the Government to deliver on its pledge to take “major steps” to expand the Screening Programme’s capacity, to ensure those affected can be assessed without a disruption to routine screening, or to the two-week wait for those referred urgently with suspected breast cancer.

Following the serious failure that saw hundreds of thousands of women miss their final breast screening invites, it is right that the Health and Social Care Secretary has promised those affected aged up to 72 a catch-up appointment within six months.

But, while he also vowed there will be no disruption to routine screening, we are extremely concerned that the breast screening workforce does not have the capacity to absorb such a crisis. Upholding this commitment will require extra evening and weekend clinics across the country, run by screening staff already stretched beyond the limit.

There simply aren’t enough available staff to cope with this extra workload on ‘overtime’ alone. While the number of women attending screening in England increased by 13% from 2012-2016, the breast radiologist workforce grew by just 6%.

A 2017 Public Health England survey found the screening service to be 215 radiographers and mammography staff short – a 20% shortfall based on uptake – with just 18% of units having enough staff to cope with existing demand.

The Screening Programme remains critical to early detection in England, preventing around 1,300 deaths from breast cancer each year. With letters already going out to those affected by the failure, we urgently need the Government to deliver on its pledge to take ‘major steps’ to expand the programme’s capacity.

We need a robust, realistic and fully-resourced workforce plan to deliver the necessary catch-up screening and ensure the future of this world-leading service.

Dr Nicola Strickland, President of The Royal College of Radiologists

Mr Gareth Thomas, President of the Society and College of Radiographers

Baroness Delyth Morgan, chief executive at Breast Cancer Now, said if staff shortages aren’t addressed, it is “inevitable” that some women will experience delays in receiving a breast cancer diagnosis, or peace of mind, which “would be extremely distressing”.

She added: “We cannot ignore that the catch-up appointments needed to correct this colossal failure risk pushing an overstretched screening workforce to breaking point.

“Thousands of women are rightly being offered catch-up screening, but it will fall on the same workforce responsible for performing mammograms for those referred urgently with symptoms of breast cancer to pick up the strain – and it’s vital we ensure women do not pay the price.”

A Department of Health and Social Care spokesperson told HuffPost UK: “NHS England is taking major steps to make sure screening services are expanded to meet this extra demand – and are confident that all areas of the country will be covered.

“We are confident that all areas of the country will be covered.”

An NHS England spokesperson said: “NHS England is working closely with all local services and commissioners to ensure that they can co-ordinate any extra screening required across the programme. We are ensuring that all additional screening will not displace other women due for their screening appointment.”