Doug McMaster runs the UK’s only zero waste restaurant, Silo, in Brighton, but rather than wanting to keep this title to himself, he wants to start a “zero food waste flash mob” by teaching restaurants across the country how to dance to the beat of his eco-friendly values.

“The first one dancing is likely to be a bit fearless, probably has a screw loose. And that’s me,” he laughs.

Almost 200,000 tonnes of food waste is produced each year by UK restaurants, according to research by WRAP and McMaster has a plan to combat the “monstrous” impact of this food waste on the world.

Very keen to sidestep the hipster, trend-focused vibe that comes with an eco-friendly approach to dining (or just about anything), McMaster’s ethos focuses on top-quality dishes and, above all, not wasting a morsel. He may be leading the dance (having quite literally written the book on zero waste, a guide that is due out later this year), but McMaster feels that it’s only a matter of time before another flash mob dancer joins him. Until then, here’s a crash course. 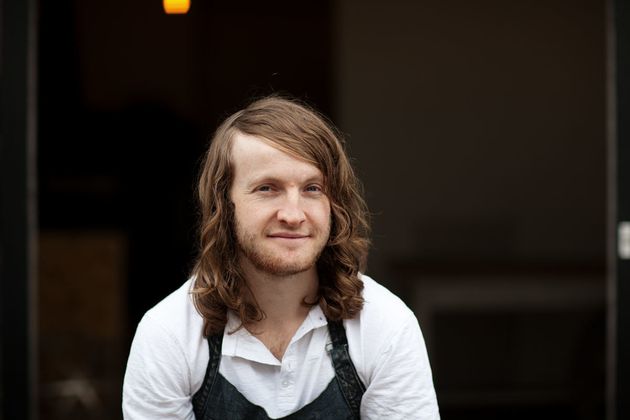 Portion sizes are a big problem. Leftovers make up a vast amount of the food being thrown away due to the unrealistic – and, sometimes, just damn greedy – expectations of diners, who end up being defeated by a huge plate and sending the majority of it back. “There’s a privileged feeling when we dine out,” McMaster says. “So when you pay a tenner and get a plate of monstrous size, you get a sense of awe. You smile, you can’t help it! But it’s not good. People don’t even get halfway through their meal. It feels very innocent, but there’s a real lack of awareness of where that wasted food often goes, which is in to landfill.”

McMaster feels that being more precise with portion size is achievable for chefs, and is very important when you’re trying to reduce food waste. “I can tell you the weight of each ingredient in each dish at Silo,” he says.

The extent of the problem may not be clear to customers, as a lot of the waste is created away from their eyes. Instead of being viewed as a key environmental and social problem, food waste is often seen in the restaurant industry as a normal – if perhaps unfortunate – by-product, particularly when it comes to fine dining, according to McMaster.

He reached a tipping point eight years ago, while working at a restaurant on a biodynamic farm in Australia. Making a specific type of salad garnish required him to throw away 90% of a perfectly edible lettuce. “That was a huge moment for me,” he recalls. “There was no compost option, nothing, just everything thrown away into a skip.”

A lot could be solved with better relationships between restaurants and their suppliers. “If restaurants get things from sources they don’t know, from warehouses they’ve never seen, they then have no connection to where the food grows,” McMaster explains. He believes if restaurant workers aren’t closely involved with the farms, dairies and grocers who supply their food, it’s unlikely they’ll be able to understand how important it is to make sure nothing goes to waste. “If you don’t see how hard farmers work, the energy goes into it, it makes the food that you eat that much more expendable,” he adds.

If restaurants get things from sources they don’t know, from warehouses they’ve never seen, they then have no connection to where the food grows.

The majority of restaurant food waste could be repurposed. Getting creative with a kitchen’s odds and ends instead of throwing them out is a really key thing to think about, according to McMaster. Food waste such as leftover bread and potato skins, for instance, can be fermented into miso, a tasty Japanese dish.

Really, it’s just a case of working out how to use your scraps. “It’s like cracking an equation,” he adds. “All the things that don’t fall onto a plate fall into a net and can be fermented or in some way reused.”

And none of it needs to go in the bin. If a restaurant doesn’t plan on repurposing food waste it should be composted. For McMaster, this is an effective food waste preventative that restaurants can easily implement. “There are a variety of ways to compost,” he says. “There may not be much space in, say, Central London for compost machines, but there are community gardens. Contact them, or your council.”

It’s also easier than you’d think for anyone to start their own compost heap. Egg shells, vegetable peelings, even coffee grounds and teabags can be chucked in, instead of in the bin. 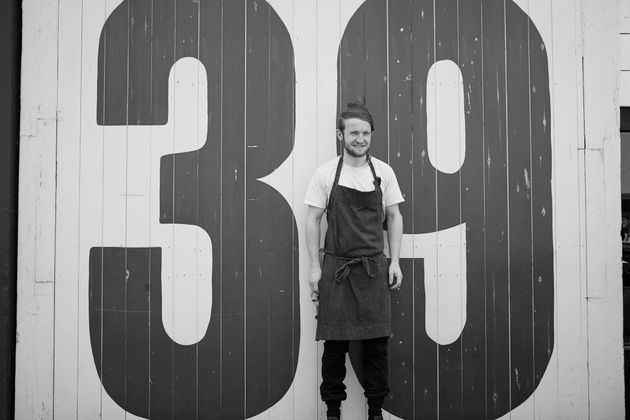 To go zero waste, the most crucial thing is to not have a bin at all. Having one encourages chefs to throw away what isn’t needed. Even packaging doesn’t need to go to landfill, as McMaster is adamant that all packaging used in restaurants can be recyclable or biodegradable and fruit and vegetables can be sourced loose, without the plastic bags. “We should all be sticking our middle fingers up at the absolutely insane levels of packaging, when it comes to food. Why do we need massive boxes for a bag of herbs?”

After finding that wasted glass from wine bottles couldn’t be composted, Doug and his team have even come up with a way of repurposing it into an emulsion to make crockery. Waste not, indeed.

Asian cuisine is a great source of inspiration for cutting down on food waste. McMaster has been impressed with how inventive chefs in Japan and Korea are with leftover food. For instance, small fish that wouldn’t normally be eaten are to make fish sauce. No part of that fish has gone to waste in the process.

Making kimchi, a traditional Korean dish, is a really easy way to turn food waste into something tasty. Normally comprising of salted fermented vegetables, McMaster recommends chucking in all your produce leftovers. “The taste of kimchi itself is dominated by spices, so all the vegetables do is make up the fermented texture, which is perfect really.”

Doug’s debut book, ‘Silo: The Zero Waste Footprint’, is out in October.