Boston Dynamics has revealed two new videos that show off just how unstoppable both its robots have become.

Looking like their very own version of the ‘Black Mirror’ episode Metalheads, Boston Dynamics have swapped the TV show’s unstoppable robot dog for their very own Atlas android.

What’s so unnerving is the way that it runs, completely non-plussed by the rough terrain and even leaping over any obstacles that get in its way. 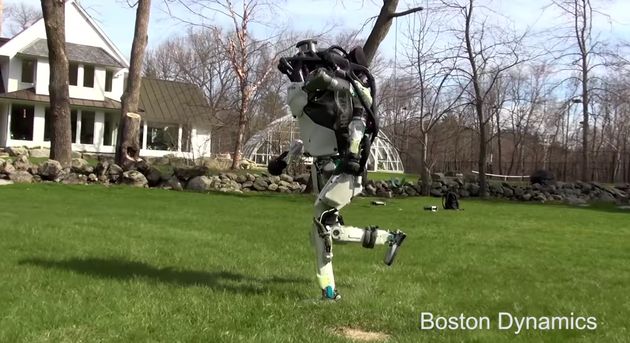 Atlas has been going from strength to strength and can now perform a huge range of different movements from sprinting, jogging, leaping and even performing backflips.

Yet despite this the team have been periodically testing the android by poking it with sticks, tripping it up and generally testing its ability to deal with unplanned situations.

The next video is less daunting on the surface, but what it implies is actually quite important.

The team set their robot dog SpotMini with the task of following a route around the building. They initially remotely drove it through the route and then stood back and asked Spot to do it again but without any help whatsoever.

The result? Spot aces it, including some particularly challenging stairs, and all while looking like a training video for the actual ‘Black Mirror’ episode we mentioned above.

Earlier this year we saw how SpotMini was able to open a door by itself and even resist attempts by humans to stop including pulling it back with a piece of cable.

The result was that Spot won, obviously.