“I remember stepping into the office building and it felt like my chest had been ripped open,” recalls Helen, who was signed off from work for three months due to chronic stress after collapsing in the street on her way to work. Although this was the breaking point, she had been suffering in silence for months.

The Londoner had been dealing with physical symptoms of stress: including constant colds and flu, sleepless nights, weight gain and eventually losing her voice due to relentless tension. “There was a period of five months where I had three meals a day at my desk.”

Although colleagues witnessed her having panic attacks she believes no one, including herself, realised the extent of what was happening. It was her husband who forced her to go to the doctor, where her GP tried to sign her off from work. But even after being given medical advice to the contrary, Helen left the surgery and went straight back to the office. 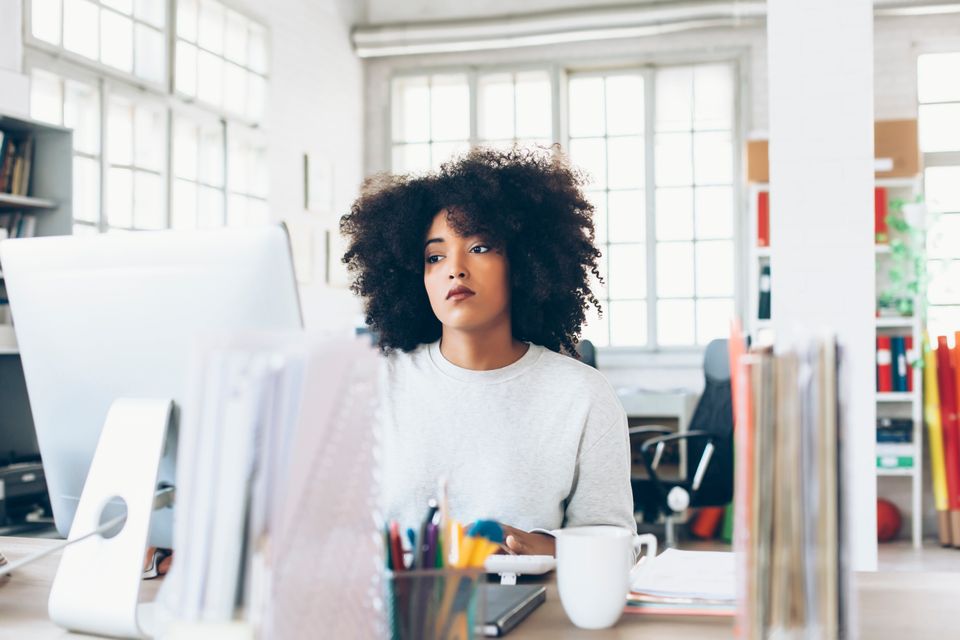 New statistics, from YouGov and the Mental Health Foundation [MHF] found three quarters (74%) of UK adults felt so stressed at some point over the last year they felt unable to cope – there is a stark gender divide, with four in five (81%) women were experiencing this, compared to two thirds (67%) of men.

What’s more one third (32%) said they had experienced suicidal feelings as a result of their stress.

We all know what it feels like to deal with everyday stress: a long day at work, preparing for an exam or dealing with a difficult patch in a relationship. But the short-term emotion is different to stress as a chronic condition that leads to mental and physical health problems. This year’s Mental Health Awareness Week, which starts today, is focussing on the impact of stress on people’s lives.

“Stress is one of the great public health challenges of our time, but it still isn’t being taken as seriously as physical health concerns,” says MHF director Isabella Goldie. “Millions of us around the UK are experiencing high levels of stress and it is damaging our health.”

Lewis, 29, told HuffPost UK that his stress, caused by work, personal problems and health issues made him scared to leave the house. “All I wanted to do was to get into bed, pull the covers over my head and sleep for months and months.”

After speaking to his manager, he was signed off work for two months, but only after a long period of weekly panic attacks, both at home and in the office.

“I would go days without sleeping, which had a knock-on effect on my low mood and anxiety. I lost my appetite, and about a stone in weight,” he says. “I started to feel trapped in a cycle and I ultimately became depressed.”

As described by both Helen and Lewis, NHS says the symptoms are multi-faceted and can be both mental and physical. You might experience racing thoughts, be constantly worrying and have difficulty concentrating or making decisions. And you may also feel emotionally overwhelmed, irritable and ‘wound up’, anxious, or lacking in self-esteem.

Physically you might suffer with headaches, muscle tension or pain, dizziness, sleep problems, feeling tired all the time. Or have changed habits such as how much or little you are eating, or how much alcohol you are consuming.

Because the symptoms can be quite ambiguous, and mistaken for other problems, Helen says that self-diagnosing stress is not a black and white issue.

“It is a sliding scale, what one person can cope with, maybe another cannot,” she says. “I’ve always been a worrier, my family used to call me ‘Dame Doom’ when I was younger. But looking back now it was the perfect storm of all the things you need to have a breakdown.”

Isabella Goldie says in order to avoid stress becoming a chronic problem for people we have to understand what causes us personal stress and learn what steps we can take to reduce it for ourselves and those around us.

Both Helen and Lewis hid symptoms from those around them. Helen says: “I tried to be really chatty and smiling at people at work.” While Lewis stayed at home, out of sight. He says: “The anticipation of stress made me anxious at the thought of going to work, shopping or even just getting on the tube.”

With hindsight Helen says there were plenty of red flags. If only she wanted to look for them. “A few days before I was signed off I actually moved desks in the office, I moved myself away from everyone so I didn’t have to speak.”

So what should you do about it? Neil Shah, founder of The Stress Management Society says you should talk to your employer if you are finding things overwhelming. “The challenge for a lot of us when talking openly is admitting we are stressed, because we see it as a sign of weakness. It is easier to come up with an excuse, a physical reason to take time off.”

Instead you should take it away from being emotionally-based and use quantifiable and tangible requests. “Ask for more resources to cope with the problem or less pressure to be placed on you,” says Shah. “And if you want to take time off work, employees are legally entitled to take leave of absence sick days for either mental or physical illness.”

Helen says for her, part of the recovery is also accepting that if she doesn’t maintain her mental health, it could always come back. “That is sad, but that is the reality of it.”