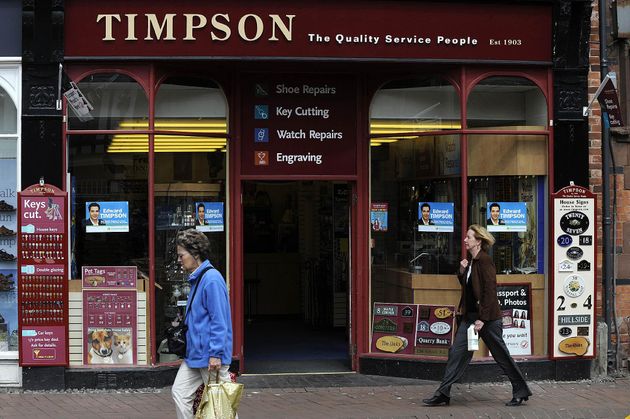 Imagine a prison where prisoners spent most of the working day not locked in their cells, but outside in the community in regular jobs and training. Where many more prisoners had the opportunity to go into the outside world prior to release to work or volunteer, sort out their housing needs and re-establish contact with their families.

This may seem like a liberal pipe dream to some, but to others it makes perfect business sense. One in 10 staff at Timpson are ex-prisoners, many of whom began working for the company while on temporary release from prison.

Its chief executive James Timpson, who is also chair of the Prison Reform Trust, says: “We believe release on temporary licence (ROTL) provides people with an essential bridge between custody and release and allows them to prepare for gradual integration back into society. At Timpson, we have many ROTL colleagues who leave prison every morning, complete a day’s work in one of our shops, and return to their cell at the end of their working day.”

The Justice Secretary seems to agree. In a recent speech on prison reform, David Gauke made a commitment to look at the availability and use of ROTL. “Specifically, I want to see how we can use ROTL to allow those prisoners, who have earned it, to have a routine where they, with close monitoring, leave prison each day to go to work nearby,” he told the Royal Society of Arts at the beginning of March.

The government’s forthcoming employment strategy for prisoners is expected to include proposals to increase opportunities for ROTL. Ahead of its publication, a new report by the Prison Reform Trust calls for a radical approach to using ROTL at scale across the prison estate. This, it says, would be a huge incentive to good behaviour in prisons as well as an effective aid to resettlement.

Around half of people leaving prison reoffend within one year of release. Having a job and home to go to, as well as a strong network of family and social support, are all factors associated with a reduced risk of reoffending. ROTL is a means to enable people in prison to take responsibility for all of these resettlement needs prior to their release. It has a strong track record of success, with less than 0.1% of releases on temporary licence resulting in failure. In 2016, there were just 17 failures as a result of alleged further offending—the equivalent of five arrests per 100,000 releases.

As well as being an effective tool for resettlement, ROTL can be used as part of a range of positive incentives for encouraging good behaviour in prisons. For instance, in its recent thematic report on incentivising and promoting good behaviour, HM Inspectorate of Prisons found that: “Young people and staff reported that the most motivating long-term incentives for young people were linked to sentence planning, including access to release on temporary licence (ROTL) and early release.”

Use of ROTL also has indirect benefits for victims. The Prisoners’ Earnings Act enables prison governors to impose a victims levy of up to 40% on wages over £20 per week (after tax, national insurance, any court ordered payments) of prisoners working outside of the prison on temporary licence. Last year alone, the scheme raised £1.1m for victims.

But despite its potential, the use of ROTL has fallen markedly in recent years. Between 2013 and 2016, following changes to the policy introduced by the former Justice Secretary Chris Grayling, incidences of ROTL out of prisons in England and Wales fell by one third. A joint briefing by the Prison Reform Trust and Clinks published in 2016 highlighted the impact of this decline on charities and businesses delivering ROTL opportunities for people in prison.

Statistics reveal not just an overall decline in the use of ROTL, but also substantial variation in its use across the prison estate. The majority of ROTL releases are authorised from the open prison estate, which predominantly holds indeterminate and long determinate sentenced prisoners. This means that most prisoners in resettlement prisons are denied the opportunity to benefit from ROTL before their release. Furthermore, there is little use made of ROTL to enable primary carers, many of whom are women, to maintain contact with their children during their sentence.

Our briefing recommends a range of measures to incentivise prison governors to increase the use of ROTL, including a presumption that prisoners in resettlement prisons should benefit from ROTL, subject to first achieving a period of negative drug tests. Extending its use could be done without the need for significant upfront investment by the government. Indeed, by freeing up resources which would otherwise be needed for the monitoring and supervision of prisoners during the working day, greater use of ROTL could pay for itself.

ROTL has the potential to be a massive incentive for good behaviour as well an effective tool for resettlement. But to work, governors need a clear and unequivocal message that they will be supported and encouraged in its use. Carefully managed risk in the short term will deliver a long-term dividend in better resettlement and public protection.