It’s official – ‘Love Island’ is a BAFTA-winning show, but its moment in the spotlight followed an unfortunate one for host Caroline Flack.

The presenter did a Jennifer Lawrence as she suffered a trip while making her way up to collect the award during Sunday (13 May) night’s ceremony. 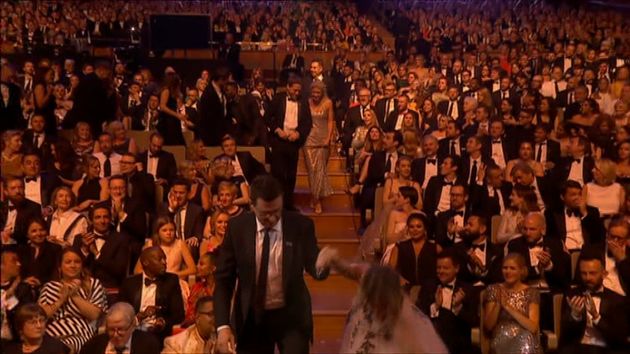 Caroline became caught up in her huge trailing dress and came a cropper as she walked up a set of steps to the stage.

Luckily though, the show’s executive producer Richard Cowles was on hand to help her recover.

Caroline, who recently announced her engagement to ‘Apprentice’ star Andrew Brady, laughed off the incident after accepting the award, saying: “I knew this dress was a bad idea!” 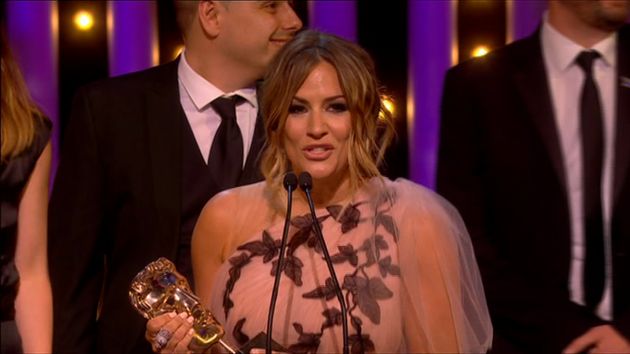 Clearly shocked the show had triumphed in the Best Reality And Construced Factual category, she went on: “Wow, a BAFTA! On behalf of all of us, thank you so much. It has been so brilliant watching the show grow over the last three years.”

She continued: “A massive shout out to ITV2 and ITV who are a brilliant channel to work for. A huge thank you to the Islanders for giving so much of themselves. A massive thank you to the production team – in fact, most of them right now are on a boat somewhere on the Thames going crazy that we’ve just won this.” 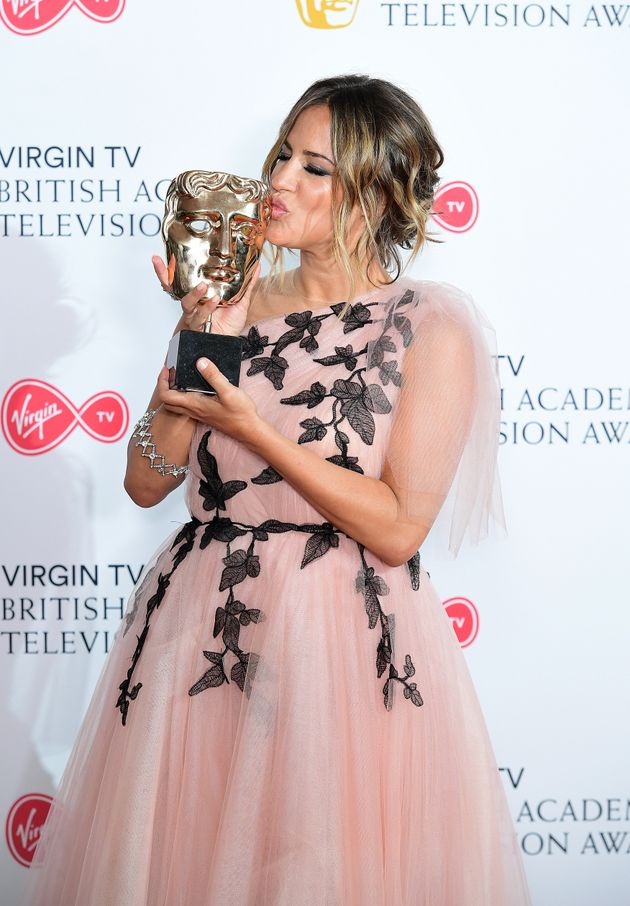 Last year’s series of ‘Love Island’ was a huge hit for ITV2, helping it score its highest-ever ratings in its 20-year history.

A brand new series is due to kick off next month, with a fresh batch of singletons making their way to Majorca in the hope of finding love.