North Korea has said it will hold a “ceremony” for the dismantlement of its nuclear test site between May 23 and May 25.

The dismantlement of the Punggye-ri nuclear test ground would be a dramatic and symbolic event ahead of North Korea leader Kim Jong Un’s summit with Donald Trump next month.

North Korea’s foreign ministry said all of the tunnels at the country’s north-eastern testing ground would be destroyed by explosion, and that observation and research facilities and ground-based guard units would also be removed.

The North said it planned to invite journalists from the US, South Korea, China, Russia and Britain to inspect the process.

“The Nuclear Weapon Institute and other concerned institutions are taking technical measures for dismantling the northern nuclear test ground … in order to ensure transparency of discontinuance of the nuclear test,” the country’s official Korean Central New Agency (KCNA) said on Saturday. 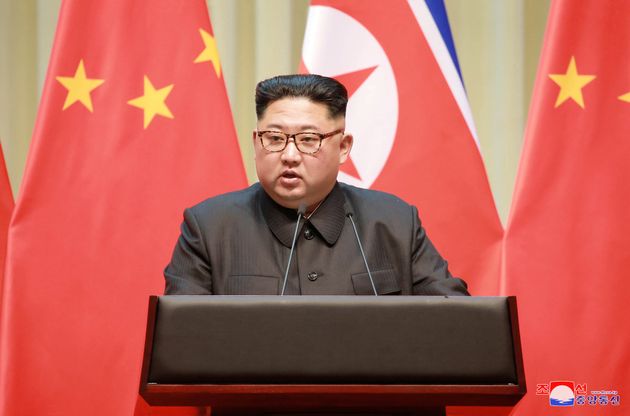 While experts have said the pledge to dismantle the test site is a big step forward, verifying it will be difficult.

Today’s announcement comes after Trump said he would hold a summit with Kim in Singapore on June 12 – the first-ever meeting between a sitting US president and a North Korean leader.

Following the Moon-Kim summit, Moon’s office said Kim was willing to disclose the process to international experts, but the North’s statement on Saturday did not include any mention about allowing experts on the site.

On Friday, Trump’s Secretary of State Mike Pompeo said that North Korea can look forward to “a future brimming with peace and prosperity” if it agrees to quickly give up its nuclear weapons.

Seoul, which shuttled between Washington and Pyongyang to set up the Trump-Kim meeting, has said Kim has genuine interest in dealing away his nuclear weapons in return for economic benefits.

But there are lingering doubts about whether Kim would ever agree to fully relinquish the weapons he probably views as his only guarantee of survival.

In announcing the plan to shut Punggye-ri last month, Kim said North Korea no longer needed to conduct tests because it had completed its goal of developing nuclear weapons.

In December Kim declared his nuclear force as complete following the country’s most powerful nuclear test to date in September and also three flight tests of intercontinental ballistic missiles designed to reach the US mainland.

At a ruling party meeting last month, North Korea had already announced that it has suspended all tests of nuclear devices and ICBMs and the plan to close the nuclear testing ground.

North Korea has invited the outside world to witness the dismantling of its nuclear facilities before.

In June 2008, international broadcasters were allowed to air the demolishing of a cooling tower at the Nyongbyon reactor site, a year after the North reached an agreement with the US and four other nations to disable its nuclear facilities in return for an aid package.