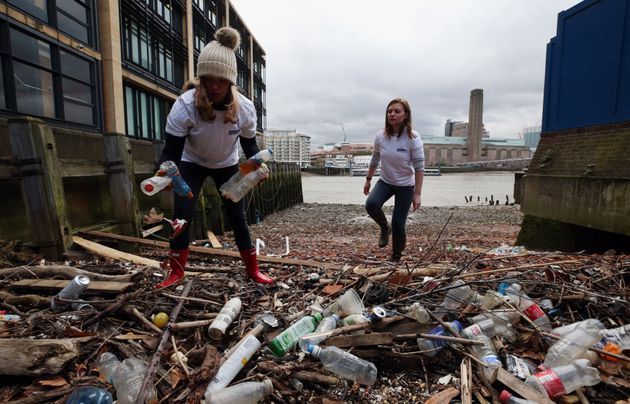 Tonnes of new plastic will be dumped into oceans across the world today, like yesterday and tomorrow. Each year we add about 12.7million tonnes of plastic to our oceans. The rubbish is building up to such an extent that floating ‘continents’ have formed. One, in the Pacific, is bigger than France. As millions of us saw on the BBC’s Blue Planet series, it is literally wrecking marine ecosystems.

We have treated the environment with contempt, and it is hard to imagine anything more stupid. It appalls all normal people. None of us wants to be part of the problem, but we all are, simply because it is so hard to escape plastic—it surrounds us. During Lent, I along with 40 other Conservative MPs pledged to give up various forms of single-use plastics. It highlighted just how difficult it is. There are plastic cups, water bottles, sandwich wrappers, plastic knives, forks and spoons, plastic straws and plastic stirrers. Totally unnecessarily packaging encases so much of the food and other products we buy in supermarkets.

These things are used for a few seconds but last in the environment for many hundreds of years, and it is not the producers who pay the cost; we all do. The market has simply failed to see the cost of these products, which is why Government action is not only important, it is absolutely essential.

It has to be said that, relative to other Governments and other countries, what this Government has done is impressive. The 5p single use plastic bag levy has led to a 90% drop in their use, and we have banned microbeads. Our commitment to bring in a deposit return scheme for bottles and other products, and to ban straws, stirrers and plastic cotton buds are all fantastic. But relative to the problem we face, it is just a start.

We need to set up an urgent plan, a roadmap towards a genuine zero-waste society, and part of that must mean banning single-use plastics across the board and making it easier for the recycling business to recycle what we use. It makes no sense, for example, that local authorities have different rules on recycling. And the sheer variety of plastics ​on offer does not help. We should be seeking to limit the range of plastics available, as Japan has done, to make it certain that those products that are used can be recycled.

Where companies make things that cannot be recycled or repaired, they should be subject to some kind of higher tax, which can itself be recycled to pay to help those companies that are doing the right thing.

The big retailers are a huge part of the problem today, but they could so easily become a huge part of the solution. The pioneers need to be helped. And to know what is possible, we need only look at those pioneers. In January we heard from the supermarket chain Iceland that it was to become the first major UK retailer to eliminate plastic packaging for all its own-brand products within five years. Iceland was also the first big supermarket to ban the use of palm oil, which is devastating the world’s forests, particularly in and around Indonesia.

Ten years ago, the Daily Mail launched a campaign to end the unnecessary use of plastic bags, and that paper can take much credit for the action the Government subsequently took. This weekend we see the launch of another Mail campaign – the Great Plastic Pick Up which will be working alongside Keep Britain Tidy, an initiative that has been going since 1954.

The Great Plastic Pick Up campaign should not stop at home. This is a global problem, and there is an important role for our Department for International Development. 90% of waste enters the oceans via just ten rivers. The Yangtze for example transports 1.5million tonnes of plastic into the ocean every year (the Thames carries just 18 tonnes).  We should be helping poorer communities along those rivers manage their waste more effectively.

And we need the support of other countries too. Last month, the UK hosted the Commonwealth Heads of Government Meeting, bringing together leaders from all the member countries. The theme of the summit was: ‘Towards a common future’, cementing the unified vision of all 53 nations. With 60% of the Commonwealth being under 30, it is so crucial that we not only look back at how far we have come but that we look towards the future. Above all that means protecting our shared planet.

The Prime Minister appealed to fellow leaders to join Britain and help deliver real change, unveiling a £61.4million package to find new ways of cleaning up and preventing plastic waste for the future generations of the Commonwealth.

Erik Solheim, the Head of UN environment has welcomed the work that this Government have been doing, saying that “the Government of the UK are taking the global lead on plastics.”

The tide is just beginning to turn on plastic waste, but we have so much more to do.

Zac Goldsmith is the Conservative MP for Richmond Park