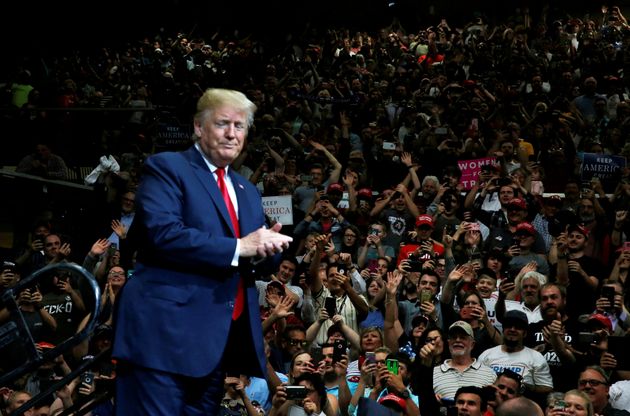 And so it begins.

Donald Trump makes a speech in Washington. Israel and Iran trade missile attacks on and from Syria. The blue touchpaper has been lit. Thank you, Mr President.

Now we watch and wait. And we hope that as future historians look back in years to come, they will not say, as Lloyd George did in 1920, after the First World War, that the world had ‘glided, or rather staggered and stumbled’ into war.

In Israel and Iran – and, of course, in Syria and Yemen, and throughout the Middle East – millions of people live in fear of what will happen next. Their political leaders insist they do not want war, yet everywhere they are preparing for it.

It is important to be clear about exactly what happened this week. The Joint Comprehensive Plan of Action (hereinafter to be called the Iran nuclear deal), which was signed in 2015 by seven nations – China, France, Germany, Iran, Russia, the UK, and the United States – was summarily abrogated by one of them, the US. As a result, it will almost certainly unravel.

Under the agreement, Iran undertook, among other things, to get rid of its entire stock of medium-enriched uranium, to reduce its stock of low-enriched uranium by 98%, and to reduce the number of its gas centrifuges by two-thirds.

Guess what. Iran stuck to the deal. If it had been developing nuclear weapons, which it has always denied, it stopped.

Says who? Says the International Atomic Energy Agency, which under the terms of the deal, has been subjecting Iran to what it calls ‘the world’s most robust nuclear verification regime.’ In a statement published after President Trump ripped up the agreement on Tuesday, the agency’s director-general, Yukiya Amano, said: ‘As of today, the IAEA can confirm that the nuclear-related commitments are being implemented by Iran.’

Has Iran been secretly developing a nuclear weapons programme since it signed the deal? No. Has it reneged on a painfully-negotiated, multi-lateral disarmament agreement? No. On the other hand, has it been buttressing the foul regime of President Assad of Syria, torturing its opponents at home, and funding and arming organisations like Hamas and Hizbollah that the West calls terrorist organisations (we can discuss the meaning of ‘terrorist’ another time)? Yes.

Does Mr Trump’s defence secretary, Jim Mattis, agree with his boss that the Iran agreement was ‘a horrible, one-sided deal that should have never, ever have been made?’ No. Does the chairman of the US joint chiefs of staff, General Joseph Dunford? No. Does the chairman of the US army’s central command, General Joseph Votel? No again. Do any of the other six signatories to the deal? Another no.

According to the highly-respected US security analyst Fred Kaplan of Slate.com, the president’s decision “can only be attributed to one or more of three motives: a misunderstanding of the deal’s terms, a need to torpedo yet another one of President Obama’s accomplishments, or a desire to weaken or destroy the government of Iran.”

It is all horribly, scarily reminiscent of President George W Bush’s decision to invade Iraq in 2003. Ignore the advice of the experts. Press ahead regardless of the warnings. Take it upon yourself to encourage regime change, heedless of the likely consequences.

The hardliners in Iran can’t believe their luck. Millions of Iranians had put their faith in the moderate (by Iranian standards) president, Hassan Rouhani, who promised that their living standards would improve once economic sanctions were lifted after he signed the nuclear deal.

Donald Trump has told them they were fools. He has cut the ground from under Rouhani’s feet and made it almost impossible for him to hold back his internal critics. If I were an Israeli, living under the hugely increased threat of renewed Iranian missile attacks from Syria, Hizbollah attacks from Lebanon, and Hamas attacks from Gaza, I would not be thinking kindly of Mr Trump.

If as a result of his disastrous decision, Iran resumes its nuclear programme, it won’t be long before its main regional rivals – Saudi Arabia, the United Arab Emirates, Egypt and Turkey – are tempted to join in. Great: a Middle East nuclear arms race. Thank you again, Mr President.

The Iran nuclear deal was far from perfect. But back in the days of the Cold War, when the US and the Soviet Union negotiated imperfect, partial arms reduction agreements, they built steadily, year after year, on what had gone before. First came the Partial Test Ban Treaty of 1963, then the Nuclear Non-Proliferation Treaty of 1968, followed by the Strategic Arms Limitation Treaty (SALT I) and the Anti-Ballistic Missile Treaty of 1972, and then SALT II in 1979.

Washington and Moscow worked together to make the world just a bit less dangerous. Implacable enemies they may have been, but they were not blindly reckless. If Donald Trump knew anything about his own country’s history – of if he had even a modicum of understanding about the world in which we all live – he could have done the same thing: build on the Iran nuclear deal, strengthen the hand of the moderates, give the people of Iran real hope for a better future.

I wrote in November 2016, just after he was elected: “There is no point trying to deny it any longer: the election of Donald Trump has made the world a much more dangerous place … What scares me most … is not only that he is a deeply unpleasant man with deeply unpleasant views but also that he is grotesquely, frighteningly incompetent and woefully unprepared for the task ahead.”

Fred Kaplan wrote this week: “Trump has wrecked one of the most successful arms-control deals in modern history, destroyed any possible leverage to negotiate a new one, further disrupted unity with our allies, further damaged U.S. credibility, strengthened hard-line factions in Iran, exacerbated instability in the Middle East, and possibly boosted the chance of war—which some of Trump’s abettors desire. Quite the deal-maker.”

I dread the day, if I live that long, when my grandchildren, learning about these events in their history lessons, will ask me: ‘Grandpa, why did no one see what was happening back then? Why did no one stop it?’

I hope the members of the US Congress will have a decent answer for their grandchildren. Because I know I won’t.