As kids are preparing to take their SATs exams, thousands of parents were tested to see how well they could do on a six-question SATs-style quiz.

Tuition provider Explore Learning quizzed almost 4,000 mums and dads to see how many could score full marks – and only 20% of them did.

Most parents stumbled on the literacy questions. Relative clauses proved especially puzzling with more than half (52%) of parents being unable to identify one in a sentence. 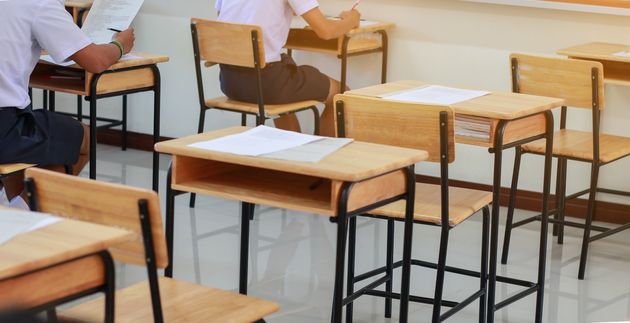 A quarter of parents who did the test answered half or less of the questions correctly. Verbs and adjectives also perplexed parents. Almost a third (32%) did not recognise what an adjective was.

The questions start off easy but get slightly more complicated as you move on, so how well can you do? (answers below)

1. Which word in this sentence is an adjective?

The coat I bought has deep pockets.

3. Choose the relative clause in the following sentence

I sent an email to my friend who lives in Australia.

4. Emma baked some cakes but didn’t have enough icing for them all. For every 4 cakes Emma baked, only 3 were iced. Altogether, 18 cakes were iced.

How many cakes did Emma bake?

5. Which number is 10 times greater than three hundred and four?

6. Which verb completes the sentence so that it uses the subjunctive form?

If I ____ the teacher, I would let the class leave early.

3. Who lives in Australia