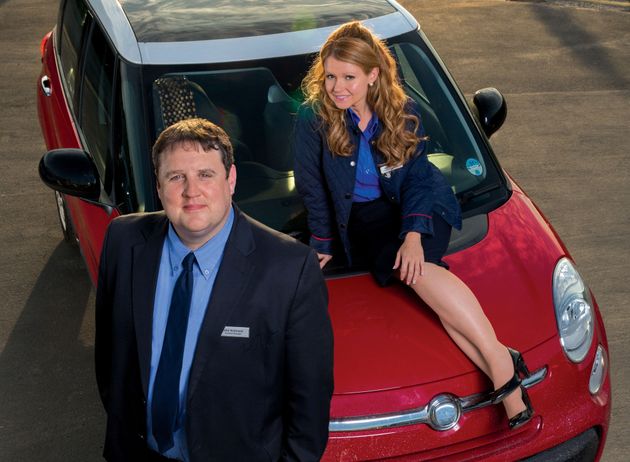 The beautiful weather that we all basked in over the Bank Holiday weekend was the undoubted highlight of the three-day break, but the prospect of a brand new episode of Car Share came a close second.

I’d never really got the appeal of Peter Kay until Car Share first aired in 2015. I knew he was massively popular but he just wasn’t on my radar. But then along came this brilliantly written, warm and hugely funny snapshot of British life. I was sold. I loved the fact that John (Peter Kay) and Kayleigh (Sian Gibson) felt like ‘one of us’. But they stopped being that to me during Monday’s improvised episode of the BBC show. The reason? Well, I just don’t find taking a cheap shot at the LGBT community for the sake of laughs funny. Specifically, it was the T in LGBT that were the punchline on this occasion.

I’d been enjoying the episode up until the scene where John and Kayleigh are listening to the car radio when a listener’s letter is read out. In a nutshell, the woman reveals that she has discovered her partner has been secretly wearing her clothes. The woman goes on to find love with another man – a bouncer, who Kayleigh describes as “a real man”. It goes from bad to worse, adding that the trans character was beaten up by “a gang of lads” because they “couldn’t outrun them in his high heels”. The story concludes with a request to play the Bee Gees’ song More Than A Woman.

As a gay man, I’ve heard more than my fair share of homophobia dressed up as comedy. I’ve turned off films – Knocked Up and The Hangover spring to mind – when the word ‘gay’ is used as an insult. It still stuns me that this is deemed acceptable. That it ever got through the hundreds of script revisions and the multiple edits. I’m old enough for it to be water off a duck’s back, but it’s still exhausting. But for young kids struggling with their sexuality and identity who see that, the message is clear: you are not normal. And for the kids on the other side of the fence, the message is equally clear: it’s ok to mock and bully anyone different to yourself. And the same goes for Peter Kay and Car Share. Picking on the trans community for some cheap laughs is just that – a cheap shot.

For young kids struggling with their sexuality and identity who see the show, the message is clear: you are not normal

And it’s also really damaging. Peter Kay has a huge, tuned-in audience. His record-breaking tour ticket sales and Car Share viewing figures are testament to that. So for his show to single out trans people in this way risks much of his audience thinking it’s ok to be transphobic at a time when the trans community need as many allies as they can get. LGBT hate crime is on the increase. It’s particularly bad for the trans community. This episode just reinforced the prejudices that many, many people already have about them.

The default response to this is that “you can’t edit comedy”. Firstly, Car Share has always had a (warm) heart, and had never taken aim at a minority group before, which made this episode so jarring. Secondly, I’d argue that presenting transphobia as a legit form of comedy ultimately risks lives. Google how many LGBT people are attacked each year or take their own lives if you don’t believe me.

In Car Share, Peter Kay has a powerful platform, it’s a shame he didn’t use it to change attitudes, rather than reinforce them. Not only has this ill-judged episode tainted the entire show for me, I won’t be tuning in to the final ever instalment when we’ll find out if John and Kayleigh do actually end up together. I already know that they really do deserve each other.