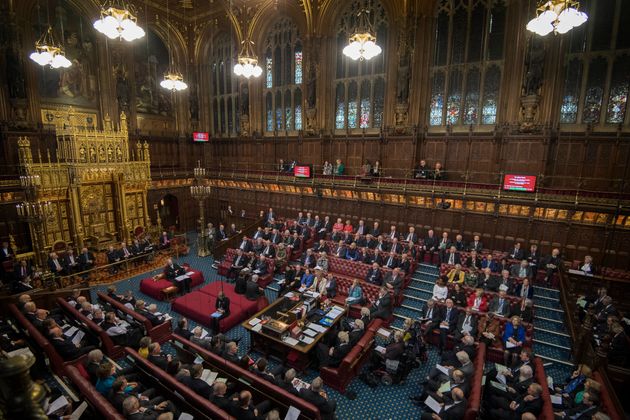 We live in interesting times. On Tuesday night both frontbenches in the Lords suffered defeat – on the same division. Peers voted to put the Single Market back on the table against the wishes of both major parties. What is going on?

They used to joke that command and control was so severe that parliamentarians wore pagers (ask your parents) so the whips could tell them when to breathe. Today, politics has never been more atomised. The Labour Party is split between its front and backbenches on everything from anti-semitism to Syria, and the Tories – stop me if you’ve heard this one before – are hopelessly divided over Europe. Except this time, the stakes are higher and there are rebels on all sides.

That leaves hundreds of our legislators effectively acting as sole traders on our behalf. Votes in parliament always come down to a balancing act between tactics and strategy, principle and judgement – and on Brexit, when party discipline has disappeared, our politicians are left with no choice but to think for themselves.

That is how we got to last night. The Labour leadership felt that their interests were best served through more ‘constructive ambiguity’ – steering clear of controversy in order to keep their electoral coalition together (or put more prosaically, sitting on the fence); the government wanted the Commons decision left alone. Their backbenchers, however, did not agree. Led by Labour’s Waheed Alli, the House of Lords defied the Government and Her Majesty’s Official Opposition to put the Single Market back in play. 83 Labour Peers rebelled, 17 Tories did the same. Anyone who tells you they know what will happen next is lying.

What we do know, however, is that when the public see the trade-offs at the heart of Brexit, membership of the Single Market remains their preferred scenario.

At Global Future, using the Government’s own analysis, we looked at the hit to the public finances of each of the four most likely Brexit scenarios. Each was enormous. The Single Market would cost us about £260million a week, the Canada model would cost £875m a week, a no deal Brexit an eye-watering £1.25billion, and the government’s favoured Bespoke deal would probably come in just over £600million a week.

83 Labour Peers rebelled, 17 Tories did the same. Anyone who tells you they know what will happen next is lying

We then put these scenarios to the public with a fair description of the benefits and costs of each scenarios. So for example, we were clear that with the Single Market option, the UK would not gain additional flexibility over immigration. And given the trade-offs the public verdict was clear – when forced to choose the Single Market came out comfortably on top, with more than 50% of the vote.

And so for parliamentarians – many expecting to cast the defining vote of their careers – these two factors, the potential cost of a hard Brexit, and the public’s aversion to that cost, even in exchange for greater sovereignty and controls on immigration, loom large.

So where next? In the end, the Lords can influence the debate, but the Commons will decide. And it’s all to play for. Hard Brexit can be defeated with the votes of the Tory mutineers and the Labour frontbench. The question is whether they are deployed.

For both groups, their calculation must come down to what is best for the country, and the reality is that a hard Brexit will hold this country back. But this is no call to place Europe above all else, but rather to accept the inescapable fact that decisions on Europe will shape our state for decades to come, whether we like it or not.

The ongoing opportunity cost is clear, but it’s the long-term damage that will have the greater impact. Politics is about trade-offs. Hard Brexit means less money for our NHS, our pensions and our protection. Indeed, the government’s preferred option comes in at roughly double the cost of our entire policing budget, and the Canada model would cost more than we spend on Defence.

So for MPs in all parties the choice should be clear. If we are to leave the EU then staying in the single market might not be the choice of either the government’s or the opposition’s front benches, but it is the option that will do the least damage to Britain’s economy – and the one that, on balance, when they take all of the costs and benefits into account, the British public prefers. The Commons should take a lead from the Lords and vote to do the right thing.