An unlikely ingredient is cropping up in cereals everywhere – and vegans are understandably upset about it.

The Telegraph has reported that popular breakfast cereals including Rice Krispies, Corn Flakes and Cheerios may contain a type of vitamin D which derives from sheep’s wool grease. That’s right.

Many cereals are fortified with vitamin D in order to keep us healthy. The vitamin is essential for controlling the amount of calcium and phosphate in the body, which keep bones, teeth and muscles healthy. The only problem is that most foods which contain vitamin D – eggs, cheese, milk, red meat, oily fish – derive from animals.

According to Public Health England, we should all be getting around 10 micrograms of vitamin D each day. As such brands are constantly fortifying their food products with it in order to help make us healthier. But where exactly is this vitamin D coming from? 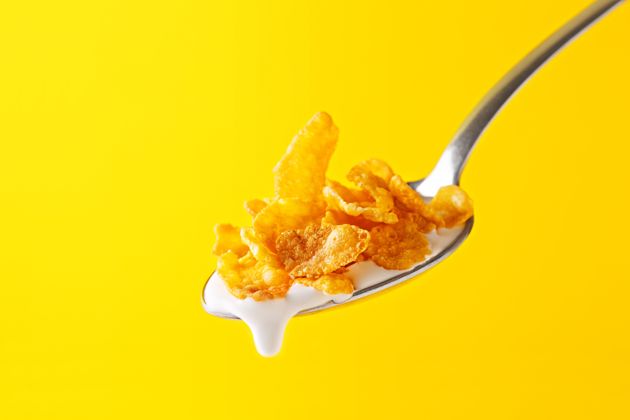 Why is there sheep’s wool grease in my cereal?

Sheep secrete a product called lanolin from their glands to make their woolly coats water-resistant. This grease also happens to contain vitamin D.

According to vegan company Ora, the grease is taken by squeezing or rolling sheep’s wool until it gives off a yellow, waxy substance: lanolin. This is then processed and concentrated by some manufacturers to make vitamin D supplements and fortified foods.

Is any type of vitamin D suitable for vegans?

Vegans are advised to take vitamin D supplements and eat mushrooms, which naturally contain the vitamin. A deficiency can result in rickets, a condition which causes bone deformities, and osteomalacia, which can make bones painful and tender.

There are different types of vitamin D, which come from varying sources: vitamin D2 is suitable for vegans, according to the Vegan Society, however vitamin D3 is a tricky one as it can either come from an animal source (such as sheep’s wool or fish) or lichen (a vegan-friendly source).

The organisation said many cereals are fortified with either vitamin D3 from animal fat or vitamin D2 which is vegan-friendly. But unfortunately without contacting the manufacturer, consumers “may not know which has been used”. As such it has urged manufacturers to opt for vegan sources of vitamin D and to label the ingredient clearly.

Which cereals are free from sheep’s wool grease?

Kellogg’s sells a WK Kellogg range which is suitable for vegans. “This is labelled on packs. Our cereals that contain vitamin D are clearly labelled and follow the EU and UK labelling laws,” a spokesperson said.

Meanwhile Nestle’s Shredded Wheat range of cereals are suitable for vegans too. “We are currently rolling out new packs which carry the Vegan Society logo,” they said.

A Nestle spokesperson added: “All of our cereals are suitable for vegetarians and we clearly indicate on packs if they contain vitamin D.”

If you’re worried your cereal isn’t vegan-friendly, call the brand’s customer services to ask or check the ingredients online. The Vegan Society’s website lets you search for vegan-friendly products, although unfortunately a lot of them aren’t commonly found in UK supermarkets.