To commemorate the 40th anniversary of ‘Grease’, Didi Conn – best known to film fans as Frenchy – sat down on ‘BUILD’ to reflect on the film and its legacy.

Over the course of the candid interview, Didi delivered plenty of laughs and spilled a whole lot of gossip, from secret liaisons on the ‘Grease’ set to various sequels that ultimately wound up being canned along the way. 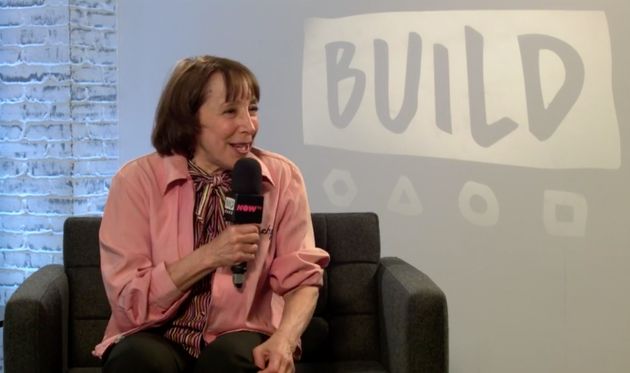 Here are 14 things we learned about ‘Grease’ from Didi’s ‘BUILD’ appearance, in the actress’s own words…

“We were a little bit older than the teenagers we were playing, so you know what we did? When we came into work and we got our hair done and make-up done, we stayed in character all day long.

2. ‘A lot of energy’, indeed, as Didi hinted at one behind-the-scenes romance

“Well… well I’ll say what Susan Buckner says, Susan Buckner played Patty Simcox. You know at the dance, she kind of goes under Kenickie, or he goes under her…? Well anyway, they practised that. Quite a bit.”

3. The cast were all close, but she had an unusual back story with one in particular

“Before ‘Grease’, John Travolta was a big star from ‘Welcome Back Carter’… but that’s not where I met him. I met him at unemployment when we first moved to California,”

4. But it seems one of her former co-stars is no longer feeling the ‘We Go Together’ spirit

“The only cast member I haven’t seen in a long time is Stockard Channing, who played Rizzo. It’s funny, she did that film, she was great and her career went in a whole different way… and she doesn’t really come to things related to ‘Grease’. I don’t know. I see her when she’s in plays, she’s done a lot of shows on Broadway.

“It’s funny, when we were making the movie we were all a little afraid of her – but that’s because we were in character all the time! So I was always following her around, combing her around, making sure there was no lint on her. But we did, honestly, have a wonderful time making ‘Grease’.” 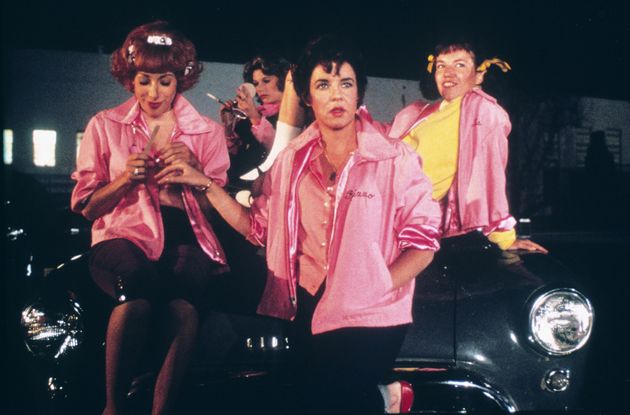 5. Didi’s lack of coordination at her first audition eventually worked in her favour

“We did have to dance at our auditions, and Paramount had a big sound stage, and they had oh my gosh, maybe 200 people. And we were doing [the hand jive], and at my audition I kept doing it wrong. Everybody’s moving [to the left] and I’m moving [to the right], I don’t know why! Maybe I was nervous I was excited, I wasn’t counting right.

“But we took a break and I went up to Kelly Ward who eventually played Putzie – he was helping the choreographer, Pat Birch – and I said, ‘what am I doing?’ And he just told me not to worry about it.

“And then when we were doing the movie, Pat Birch came up to me and said, ‘you know I noticed something, honey. When you were doing the audition, everybody was going this way, and you went that way. Do that now!’. And next time you see the movie – we’re all looking up at the stage, everybody goes this way, but Doody and I go that way. I guess [Frenchy] is a little off!”

6. But filming that school dance sequence was the toughest part

“It was hot. We were in an actual high school in downtown Los Angeles, and it was hot. And they couldn’t keep the windows open because there was a pork plant next door, and the smell was wafting in. But it was fun.” 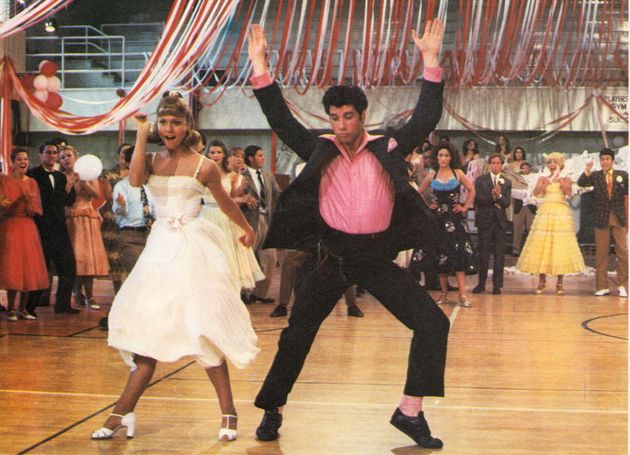 7. One of Frenchy’s most memorable moments was actually improvised

“And Barry Pearl, who played Doody, saw me and said ‘what’s the matter?’ and I said ‘nothing, nothing, nothing’. And the cameras started rolling and he said, ‘you look like a beautiful blonde… pineapple!’. And that was the improv continued, and they kept it in.”

8. Didi was so defensive of her character, she even convinced producers to remove a joke she felt crossed a line

“At the end of the carnival – you’ll see this next time you see ‘Grease’ – there was a cotton candy machine that was either blue or green. They had a shot of the cotton candy and it was supposed to raise up and have my hair match it. And I said ‘no’. I said ‘no, now you’re making a joke’… like it wasn’t a joke already! And they let it go. But I thought it had gone too far.” 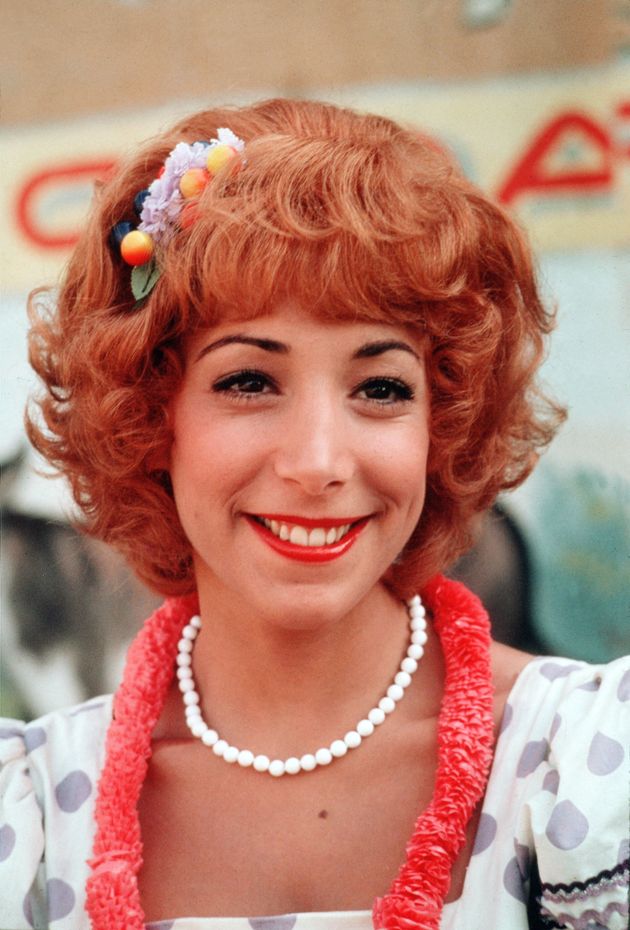 9. Paramount were so unconvinced the film would be a hit they passed on a sequel…

“The last week of filming was the carnival scene. And remember when they’re throwing pies at the coach, and he says to the boys, ‘I’ll see you at summer school’? That was going to be a sequel!

10. …and that wasn’t the only time there was almost a follow-up to the original ‘Grease’ story

“There was a point where we almost had a real sequel. This was at our 20th [anniversary], it was something I produced and put together, and we were all going to work so that our salaries would go to charity. And you’d get to meet our children! And see what we were doing!

11. Didi did eventually star in ‘Grease 2’, but we should have seen a lot more of her

“When I signed my contract to be in Grease 2, my agent said ‘well, she’s going to have a number’. So I did!

“They wrote me a number where I was teaching Maxwell Caulfield how to be cool. It was called ‘Cool Rider’. And it ain’t in the movie… I don’t know what happened, who knows even if there was film in the camera?

“They had to do it because it was in my contract, and I had a good time and my mother was there and she saw me do it… but it didn’t make it into the movie.” 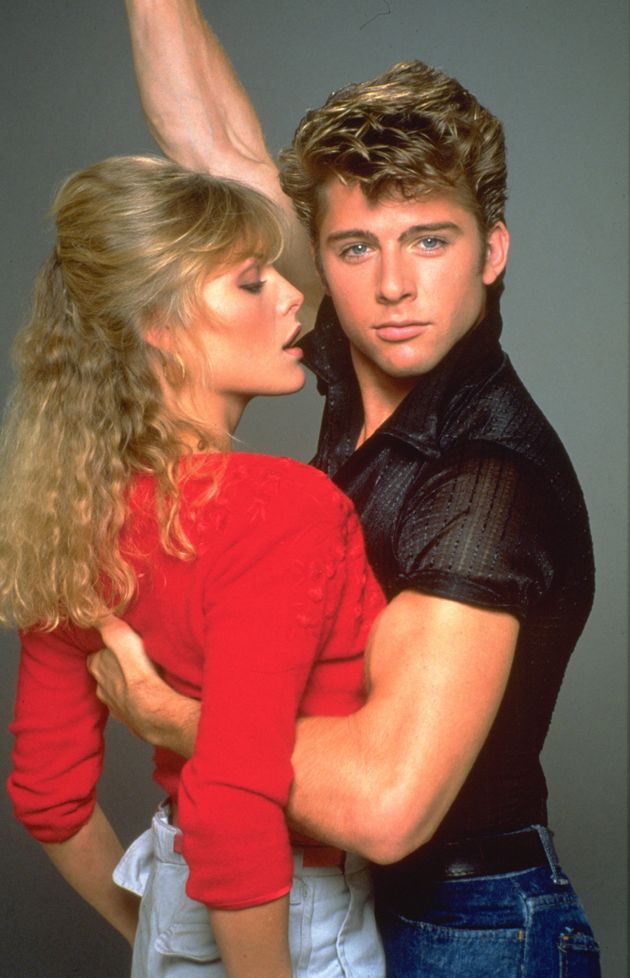 “I had my little Carly Rae Jepsen, I call her baby Frenchy. She’s so cute. She’s my baby, she’s like the daughter I never had.

“And she’s so great! I went to see her perform live and she was amazing. I saw her in New York and she was fabulous.”

13. The ending of ‘Grease’ was as much of a transformation moment for Olivia Newton-John as it was for Sandy

“We always felt that she wasn’t just [changing] to please Danny. We felt – and especially Olivia – that there was just that hot sexy… mama inside of her, and that [she] was just bringing another quality out. And she was chomping at the bit to do it, too.

“It’s another quality, it’s another part of her character. And Olivia, when she made the movie, she was a humongous star. She had so many number ones, but they were all very… sweet and goodie-goodie. So she was really wanting to let that other part of herself out.” 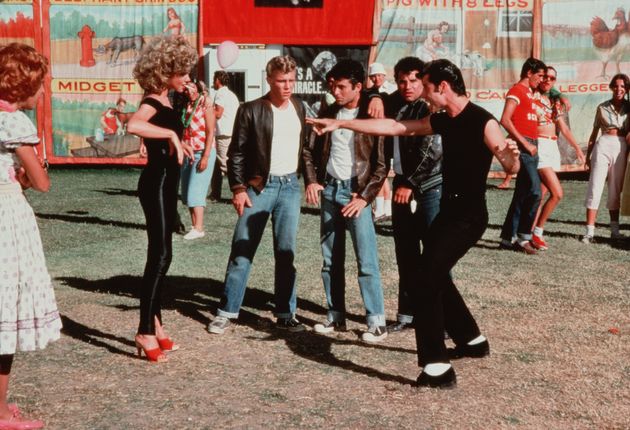 14. The film almost had a much steamier ending altogether

“This new ‘Grease’ 40th anniversary DVD has a different ending… as a bonus feature. It’s juicy! It’s not long, but… you remember the ending, when they’re going up in the car and they turn around and they wave?

“Well, [in this alternative ending] they’re going up in the car and John’s driving, and he looks over at Olivia and he gives her the juiciest kiss. And Olivia, she kisses him right back, and they fly off like that without looking back at anything. And what was wonderful about that… they only kiss at the beginning at the beach, and she pulls away. But he gets her in the end!

“In fact, Randal Kleiser, the director, said ‘I don’t know why I didn’t use that’. I think he wanted to, but Paramount wanted them looking back and waving.”