A new study about cat-human communication has provided scientific evidence of what many cat lovers already suspected: “Slow-blinking” may help people bond with their feline companions.

“Our results suggest that slow-blink sequences may function as a form of positive emotional communication between cats and humans,” wrote scientists from the University of Sussex and University of Portsmouth in the study, published in the journal Scientific Reports on Monday.

Slow-blinking means making eye contact with a cat and then slowly closing and opening your eyes. Cat behaviour experts have long suggested that a cat slow-blinking at a human is a sign of trust and comfort. 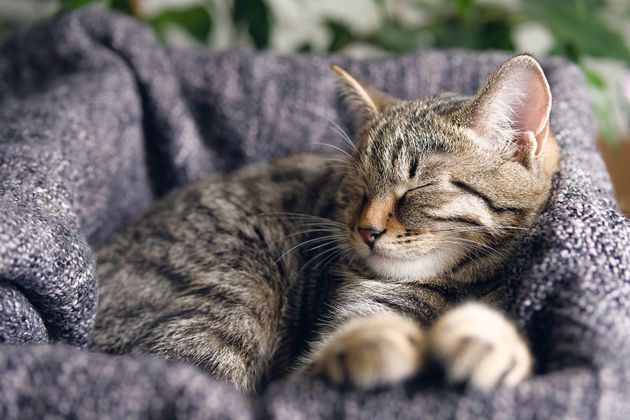 “That’s not ‘I love you’ so much as ‘I trust you,’” cat behaviorist and “My Cat From Hell” host Jackson Galaxy told HuffPost last year. ”‘I trust that you’re not gonna kill me.’”

Numerous experts have suggested for years that humans slow-blink at cats to communicate positive feelings and help make the cats more comfortable. This new study suggests they were right.

“It’s something that many cat owners had already suspected, so it’s exciting to have found evidence for it,” study author Karen McComb of the University of Sussex said in a news release about the study.

The researchers found multiple things suggesting slow-blinking could be an effective way for humans to communicate with cats.

It’s not totally clear why slow-blinking may have this effect. Cat behaviourists have previously said that cats typically slow-blink to signal that they are content and relaxed. Similarly, cats close their eyes to indicate that they feel safe with the present company.

She added that studying cat-human communication can help improve the experience of cats in environments such as animal shelters and veterinary clinics.

“Understanding positive ways in which cats and humans interact can enhance public understanding of cats, improve feline welfare, and tell us more about the socio-cognitive abilities of this understudied species,” Humphrey said.

McCombs suggested that people try out slow-blinking with their own pets or even with cats they meet casually.

“It’s a great way of enhancing the bond you have with cats,” she said. “Try narrowing your eyes at them as you would in a relaxed smile, followed by closing your eyes for a couple of seconds. You’ll find they respond in the same way themselves, and you can start a sort of conversation.”