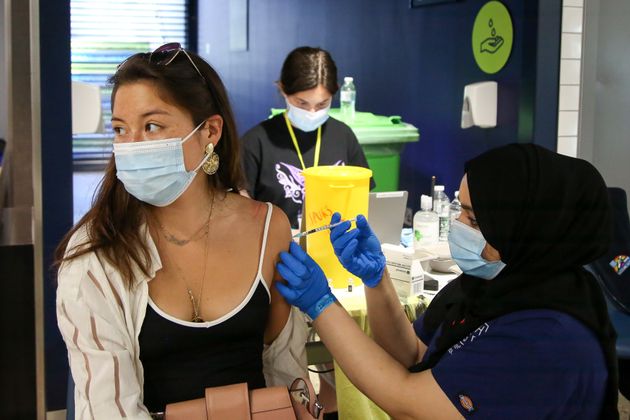 A Covid-19 specialist has taken on worries about about the effectiveness of the vaccines after hospital admissions increased last month.

The vaccine rollout has been hugely successful in the UK – close to 90 percent of the adult population has received both doses of their vaccine, while more than 70 percent have had their first jab.

The vaccines have widely been celebrated as the primary way for the world to return to a more normal way of life, especially as the high uptake allowed the UK to come out of lockdown in July.

The government has just announced its plans to make the jabs available to those aged 16 and over as well.

While these are encouraging signs, there have been some concerns over the increasing number of double-vaccinated people who needed hospital care after catching Covid in recent weeks.

The government’s chief scientific adviser Sir Patrick Vallance confirmed on Twitter in July that 60 percent of hospitalisations from Covid are from unvaccinated people – which still left some people worried.

How concerned should we be?

British epidemiologist Dr Tim Spector is the founder of the famous Covid-19 ZOE app which tracks firsthand data from 4.6 million users in the UK about their day-to-day symptoms and spots infection trends in different parts of the country.

He addressed the worries about the recent fears for the fully-vaccinated on his YouTube channel, ZOE, last week.

He said: “I think a lot of people at home who are at high risk want to know [more] about these statistics and are naturally quite worried.”

He continued: “So if we go back and we accept that 40 percent of the people who have been hospitalised have also been vaccinated to some extent – and we assume most of those have been double-vaccinated because they’re the majority – what are those chances looking like?”

The specialist pointed out that while there is no public data on the individuals who are in hospital, those who are elderly or more vulnerable were vaccinated first, and therefore highly likely to fall into the fully vaccinated category.

He continued: “I think we have to realise that it is a numbers’ game – if there’s a large number of susceptible people, even if they’ve been vaccinated, they will still make up a reasonable proportion of the people in hospital.

“This is because vaccines are very good but they’re not perfect.”

He also said that while it’s likely we will “increasingly” see news of double-vaccinated people in hospital, the hospital figures are still much lower than they would have been if there had been no vaccine.

Spector continued: “In general, these will be ten times less than we would have seen otherwise.

“It’s not absolute 100 percent protection for anybody, which means you’ve still got to be aware.

1/3 From an idea back in March 2020, the @Join_ZOE COVID study has become the go-to for COVID data in the UK thanks to you. Our commitment is to provide the most accurate data possible, and in this rapidly changing environment, it requires us to constantly update our methods

How long does vaccine protection last?

Spector also addressed concerns that the vaccination rollout started around eight months ago, and whether they would stop being effective at some point in the near future.

While data from Public Health England (PHE) shows both the Pfizer and AstraZeneca jabs remain effective for six months, there is not much information available to show how they may work after that.

He did point out that the antibodies from the Moderna vaccine were still high after 209 days, which is close to seven months.

He also explained that antibodies from natural infection appear to drop off more rapidly than those from the vaccines.

The specialist warned that we should still expect boosters for the vaccines in the future, although immunity does last longer within the younger generations compared to that within the elderly. 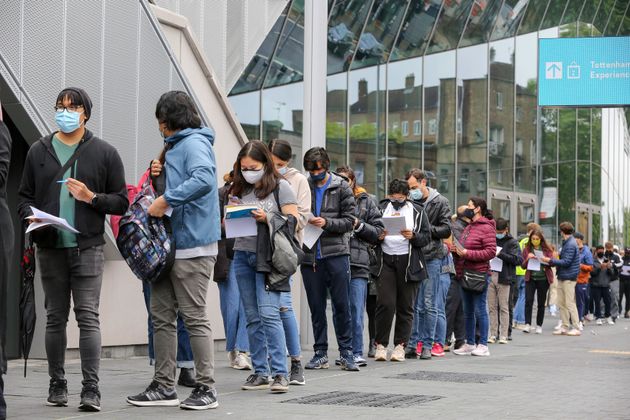 Young people are still at risk

Concerns were raised after NHS England confirmed this week that a fifth of Covid-related hospital admissions are among those aged 18 to 34.

She also warned that the vaccines were the main method to prevent such hospitalisation.

She told the BBC: “It shows how effective the vaccine programme has been in protecting people, stopping them needing hospitalisation, keeping them safe.”

The expert added that the young people who have not been jabbed “are not immune and the best way they can protect themselves absolutely is to get that vaccine if they haven’t already”.