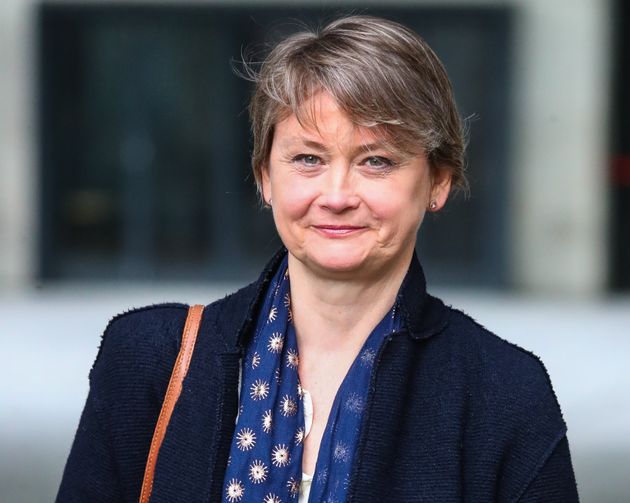 Yvette Cooper has said Labour must set out an “optimistic” vision for the country if it wants to win back voters.

In an interview with HuffPost UK’s Commons People podcast, the senior Labour MP said the party was “working our way back step by step” from its 2019 general election defeat but still had “a long way to go”.

Cooper, the chair of the home affairs committee, said the party needed to now offer a “credible” message to the country and did not rule out a future leadership bid.

Over the summer Cooper said she wanted to see Labour “shouting a lot more” about supporting children in the wake of the Covid pandemic.

“Children have had the roughest of years and we need everybody to come together to get kids back on track because otherwise we will be facing a crisis in a few years time,” she warned.

“Children are so resilient, they are so amazing, they can all do wonderful things in the future, but they need that support.”

Cooper, the MP for Normanton, Pontefract and Castleford in West Yorkshire, said it was “completely wrong and unfair” for the government to not properly fund programmes to help children recover from lost education.

Sir Kevan Collins, the education catch-up commissioner, quit his role in June over the government’s proposal of a £1.4 billion fund to help children recover missed lessons – he had proposed a £15 billion recovery package.

Heading in to the summer, Keir Starmer’s Labour is trailing Boris Johnson’s Conservative Party in the polls.

Cooper said it had been “an odd” and “unique” year in politics due to the pandemic.

“We are working our way back step by step from what was a very difficult defeat for us and we’ve got to earn votes back. I think we have to do it through optimism.

“We instead need to be the ones who want to pull the country together, but with that optimism.”

Asked if she believed the party had been too downbeat in recent years, Cooper said: “I think in the 2019 election there were flashes of optimism, but people didn’t believe in them because it wasn’t credible. You’ve got to have credible optimism.

“I think you have that sense of pride in the country and optimism about what more we can do who we can be.

“It’s got to be practical. It can’t be pie in the sky because people are fed up of that.”

A recent poll by Sky News showed Cooper was the most popular leadership candidate among sitting MPs, should Starmer face a contest.

Asked if she would stand for leader at some point in the future, Cooper, who stood in the 2015 leadership race, said: “I think we have probably had quite enough leadership contests for a while. I think we have to get on with things.”

Cooper said while Labour’s defeat at the Hartlepool by-election earlier this year was in part due to the popularity of local Tory mayor Ben Houchen, the result revealed deeper issues.

“There is a wider thing it reflects, which is actually Labour has still got a long way to go.

“People are very frustrated, whether it was by Jeremy Corbyn’s leadership they didn’t support, or because of the second referendum policy, there are a lot of those things that caused big problems in a lot of areas across the north. We have to recognise that.”

Cooper, who did not support holding another Brexit vote added there was “basically a failing on all sides” after the referendum. “I always thought a customs union was the best ways to do it,” she said.

“Brexit has happened, Brexit is done,” she added. ”Our issue now is, what is our role in the world?”